Ice not co-operating in search for lost Franklin Expedition

The Victoria Strait is still clogged with ice, hampering efforts to solve a 170-year-old mystery 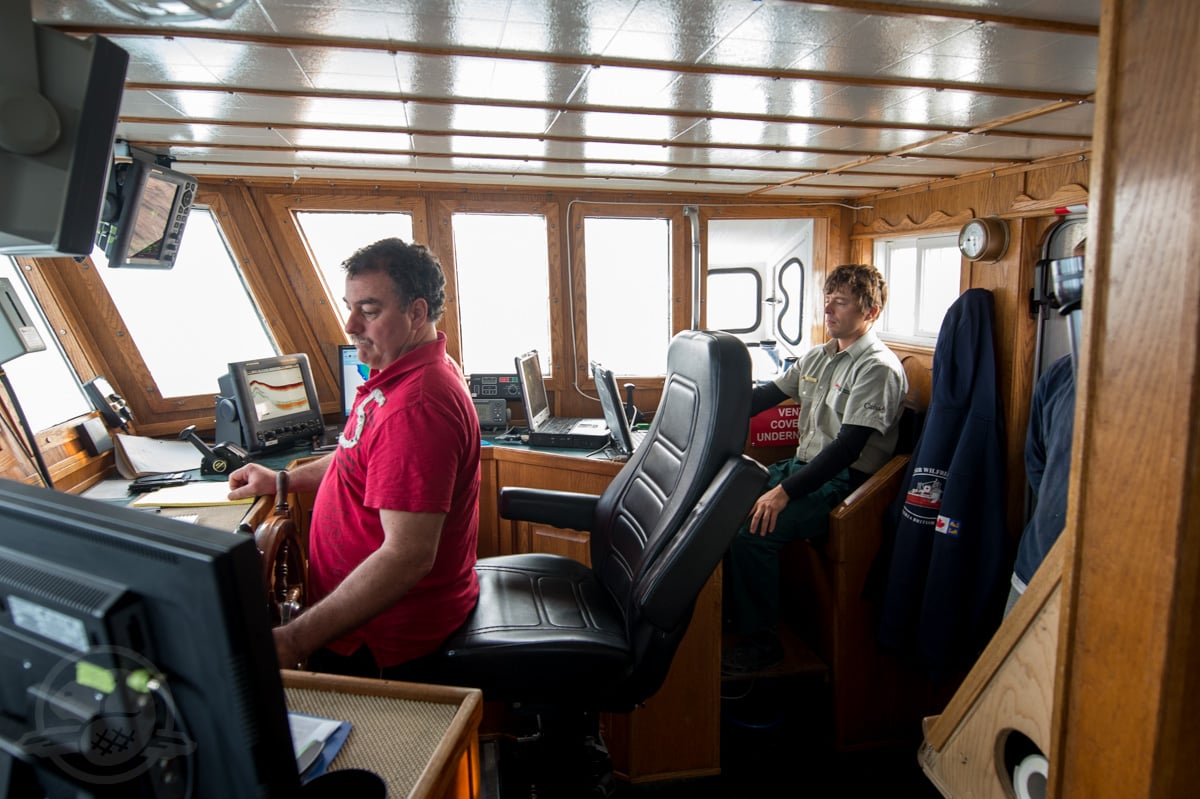 Capt. David McIsaac at the helm of the MV Martin Bergmann and Charles Dagneau operating the sonar in the early hours of the morning in the southern search area. Photo: Thierry Boyer

The 2014 search for the lost Franklin Expedition in Canada’s high Arctic is off to a disappointing start, thanks to late-season ice clogging the Victoria Strait.

Marc-André Bernier, an underwater archaeologist with Parks Canada, says two of his colleagues aboard the Martin Bergmann, a former fishing trawler that was repurposed into a research vessel by Jim Balsillie’s Arctic Research Foundation, have so far mapped roughly 60 sq. km in the southern search zone in the Queen Maud Gulf, near O’Reilly Island, using side-scan sonar. The southern search area is where the two Franklin ships that went missing in 1845—HMS Erebus and HMS Terror—may have drifted after becoming trapped in the ice off King William Island.

But the real focus of this year’s expedition, the biggest effort yet, was to be in the Victoria Strait, closer to where the ships were initially abandoned. Historians and researchers increasingly believe that’s where they’re most likely to be found, if they are to be found at all.

The unexpectedly icy conditions are not only making life difficult for the Martin Bergmann, but also for two other other vessels involved in this year’s expedition: HMCS Kingston, a navy patrol ship, and One Ocean Voyager, an “ice-strengthened” ship that is part polar research vessel, part cruise ship. Both were supposed to make their way into the Victoria Strait from the north. Prime Minister Stephen Harper visited the Kingston earlier this week near Pond Inlet on Baffin Island as part of his annual northern tour.

“The survey in Victoria Strait will begin when, and if, the ice clears,” says Bernier, who will soon be in the southern search area with several other team members aboard the coast guard icebreaker Sir Wilfrid Laurier. “The situation is being assessed daily.”