This behaviour has to stop: Top soldier on sexual assaults 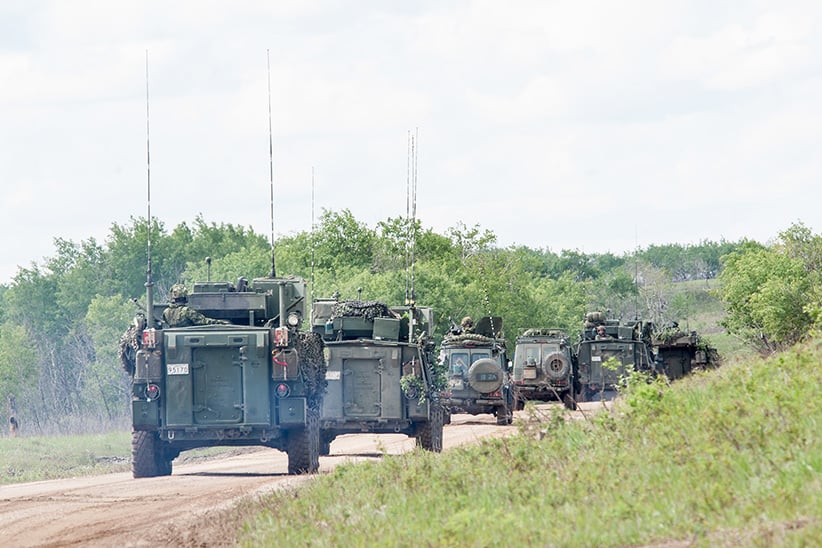 OTTAWA — A disappointed and angry chief of the defence staff put the military on notice Monday after a Statistics Canada survey found a troubling number of sexual assaults and other misconduct among active service personnel.

The study’s findings include an estimated 960 men and women who say they were victims of sexual assaults in the last year — some of which occurred after the last time Gen. Jonathan Vance read the riot act to members of the Forces.

“I gave an order to every member of the Canadian Armed Forces that this behaviour had to stop,” Vance told a news conference at National Defence Headquarters.

The comments marked a clear shift since Vance launched his efforts to eliminate sexual misconduct in the ranks, which he dubbed Operation Honour, upon taking over as chief in July 2015.

Much of the military’s focus since that time has been on setting up an independent centre for victims and letting them report assaults directly to military police or civilian authorities.

But Vance said commanders now will put more emphasis on “targeting” perpetrators with the “intelligence” contained in the Statistics Canada survey.

“Perpetrators are now more apparent to us, both where and who they are, and they will become the focus of our efforts,” he said.

Officials reported middling success over the last year in holding those responsible for sexual assaults and other misconduct to account.

The Statistics Canada report found that about 1.7 per cent of the roughly 90,000 people in uniform — about 960 people — were sexually assaulted in the last 12 months, a rate higher than the 0.9 per cent reported in the general population.

But Rear-Admiral Jennifer Bennett, head of the military’s sexual misconduct response team, said only five cases of sexual assault have gone to court martial since January. Four of those resulted in findings of guilt, with two of the perpetrators being imprisoned.

Another 30 military personnel have been stripped of their commands or removed from supervisory positions for inappropriate behaviour this year, while nine were reprimanded, fined or given other punishments after summary trials. One was dismissed from the military.

Bennett defended those figures, saying that the military is “seeing a trend where people are being held to account and are receiving serious punishments on a disciplinary side and also administrative action that will impact their careers.”

Senior commanders are working with the Canadian Forces judge advocate general, Maj.-Gen. Blaise Cathcart, as he conducts the first comprehensive review of the military justice system in generations, she added.

Vance ordered the landmark Statistics Canada survey in the spring in an effort to quantify the extent of sexual assault and misconduct in the ranks in the wake of a series of media reports that described the problem as chronic and endemic.

Retired Supreme Court justice Marie Deschamps, recruited to examine the extent of the problem, exposed what she called a sexualized military culture that was hostile to women and left victims of sexual misconduct to fend for themselves.

The Statistics Canada findings, which were based on a survey of 43,000 military personnel, “affirm what Madame Deschamps said her report almost two years ago,” Vance said.

The study — Vance repeatedly called it a “sobering” disappointment — also found that about one in four women serving in uniform reported having been sexually assaulted at least once over the course of their military careers. That compared to 3.7 per cent of men.

One glimmer of good news: while the survey found the majority of personnel believed sexual misconduct was a problem in the military, a majority also believed complaints were taken seriously and inappropriate behaviour would not be tolerated in their current unit.

But among the other findings was that only about one in three victims bring their cases to someone in authority or to military police. More than half of women said they didn’t trust the system to deal with the problem or feared negative consequences.

“The fact that some won’t report or haven’t reported or are concerned that their report won’t be taken seriously is a huge concern for me,” Vance said.

Nearly half of women who were assaulted described their attackers as someone higher up in the chain of command, while most men said they’d been victimized by a peer.

The report, by the numbers: