Something fishy in B.C. 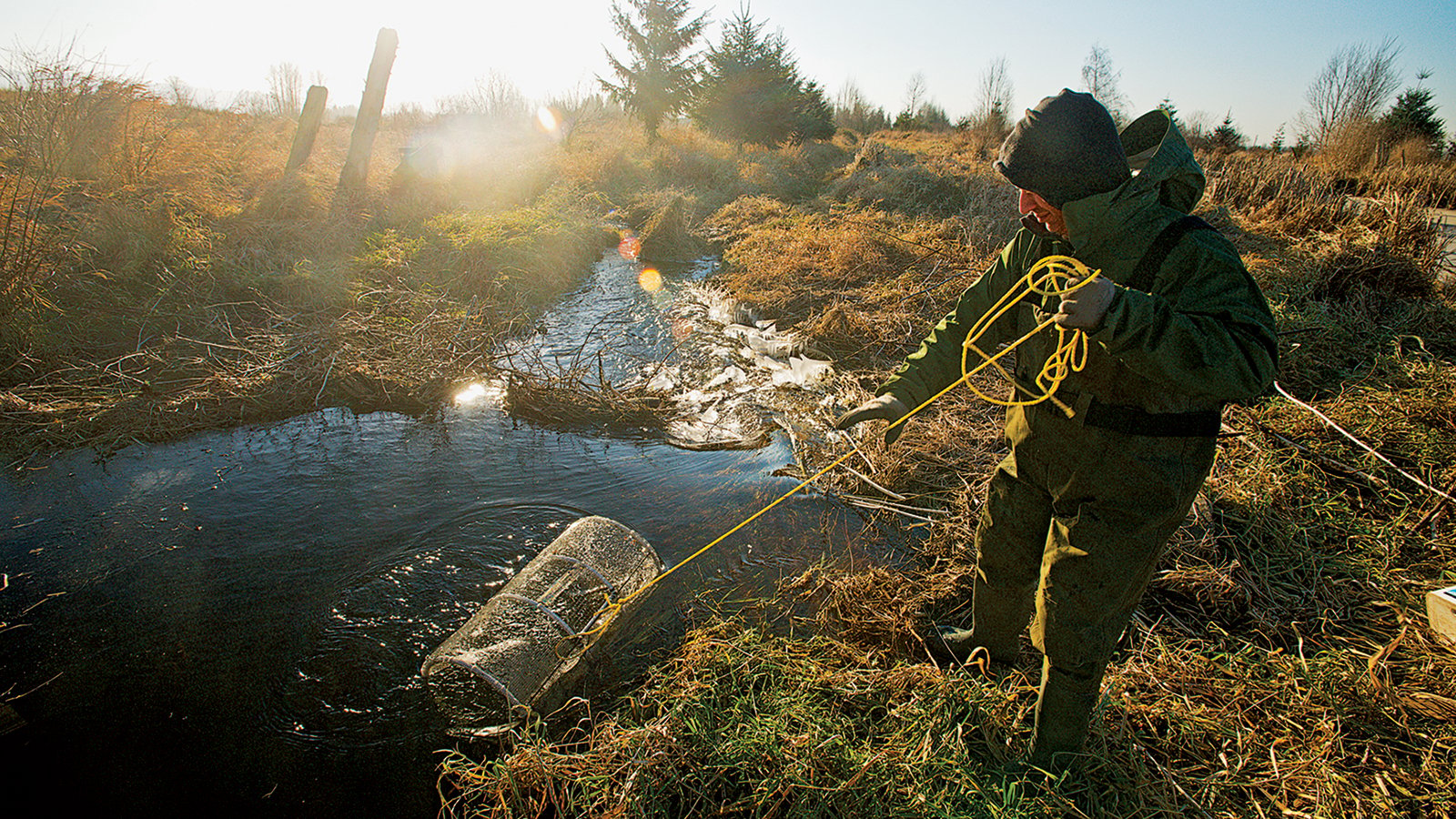 Mike Pearson pulls up the DIY fish trap he’s left overnight in a slough near Agassiz, B.C. He’s hoping to catch Salish suckers, an endangered freshwater fish that looks like it’s puckered up for a kiss. While the work is routine for Pearson, an ecological consultant in the Fraser Valley, one thing is different on this day: Canada’s revised Fisheries Act is now in effect. “Last year, these fish would have been protected under the act, and now they’re not,” Pearson says. “This has fallen between the cracks.”

The new act, which was introduced in June 2012’s omnibus budget bill and came into force last November, replaces the old version that prohibited the “harmful alteration, disruption or destruction of fish habitat” (HADD). The revised act bars “serious harm” to fish, which is defined as either killing a fish or causing “permanent alteration to, or destruction of, fish habitat.” But it covers only fish that are part of a commercial, recreational or Aboriginal fishery. In the past all fish were protected, full stop. The idea behind the old clause, which dates back to 1976, was not just to protect stock from overfishing, but to protect the habitat of all fish species as well. “The great thing about the Fisheries Act with the HADD provisions was that it could be used to prevent fish from getting threatened or endangered in the first place,” says Rick Taylor, a biologist at the University of British Columbia. “It was getting toward the adage: an ounce of prevention is worth a pound of cure.”

While the act applies to both freshwater and marine environments, as much as 80 per cent of Canada’s 71 at-risk freshwater-fish species are now unprotected, the Salish sucker included, according to fisheries biologists John Post and Jeff Hutchings, at the University of Calgary and Dalhousie University, respectively. Most are fish we don’t eat. “I would wager that every species in some way has a benefit or an importance, and we play with that at our peril,” says Pearson.

Tom Siddon, a fisheries minister in Brian Mulroney’s government, says the revisions fly in the face of a tradition of government balancing economic objectives against scientific knowledge. “To have all of this unravelled, and turn Canada back 25 years or more in the way we approach fisheries science and policy, I found extremely troubling,” he says.

History tells us that the cost of degrading fish habitat runs high. Nearly three quarters of freshwater fish extinctions in North America are attributed to habitat alteration. This is one issue on which two former ministers in two different governments are in agreement. “To say that you can somehow just protect the trout and not worry about other aspects of the ecosystem struck me as a very backwards step,” says former Liberal fisheries minister David Anderson. He says the changes “are designed to speed up, streamline and remove irritations for developers, whether it’s people who build pipelines or people who build ports, and that’s a legitimate objective, [but] it means that we are throwing out some extremely complex science-based decision-making.” Under the old act, the “no net loss” policy meant that in cases of unavoidable habitat loss, equivalent habitat creation or restoration should occur. Now, offsets will only be triggered when fisheries-related species are harmed.

When asked about the government’s rationale for the changes, Fisheries and Oceans Canada media relations liaison David Walters replied via email: “Canadians had told us they found the old rules indiscriminate, confusing and far-reaching. Prior to the amendments, the Fisheries Act subjected all activities—from the largest industrial development to the smallest personal project on private land—to the same rules, which was unnecessary to protect the productivity of Canadian fisheries.” Walters did not address questions as to why the government chose to scale back protection for all fish.

Final say on what habitat protection the new act affords other fish will ultimately be decided by the courts. David Anderson wonders just how the courts will define “permanent alteration” of habitat and whether they will provide sufficient protection, given how sensitive fish are to even temporary changes in their habitat.

As for Pearson, his concerns extend well beyond endangered fish: “The legacy is going to be an accelerated loss of aquatic habitat—and all of the environmental goods it supports.”