Also: It snowed somewhere in Canada 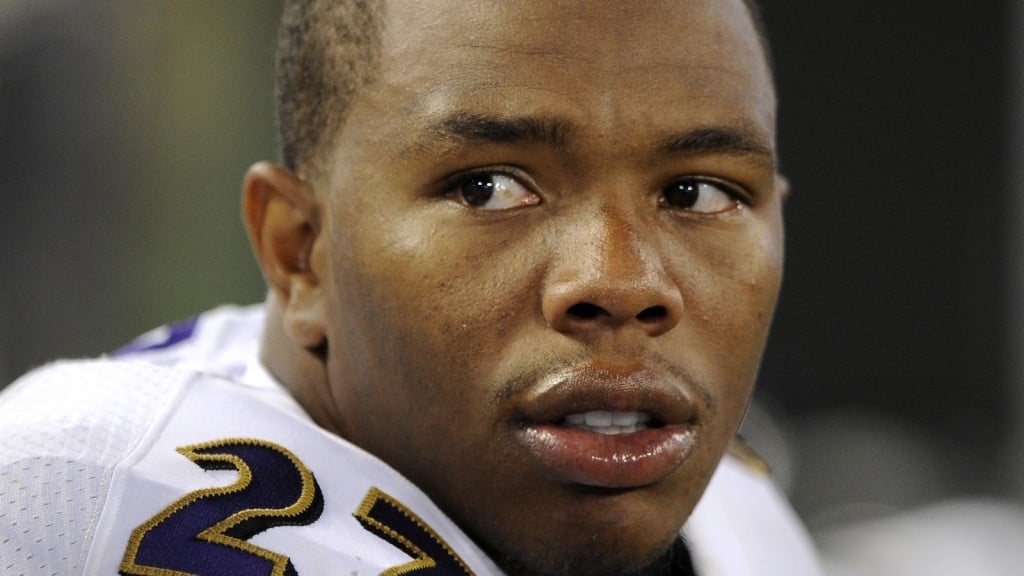 1. The National Football League suspended Ray Rice indefinitely. Until now a running back for the Baltimore Ravens, Rice is no longer on the club’s roster, nor is he eligible to play in the NFL for the foreseeable future. Sensible people mocked the Ravens endlessly when the league suspended Rice for just two games after an incident where he allegedly knocked out his then-fiancée (now wife) Janay Palmer in an Atlantic City elevator. No longer is the incident alleged in the eyes of anyone. TMZ published an elevator video of the ferocious blow Rice unleashed on Palmer, a revelation that saw everyone in football turn their back on the 27-year-old Rice. The Ravens also, months after the fact, deleted a tweet wherein the club victim-blamed Palmer, who expressed “deep regrets” about her role in the elevator.

2. Ebola continues to ravage West Africa. A deadly outbreak that’s already killed more than 2,000 people in Liberia, Guinea, Sierra Leone and Nigeria continues to intensify. The World Health Organization expects thousands more cases in Liberia in coming weeks. What makes matters worse: The WHO can only guess at the extent of the outbreak. Whenever new treatment centres open, the agency says, they fill up with “a large but previously invisible caseload.” BBC reports that only 240 beds were available in one Liberian county for an expected 1,000 patients, and some sufferers were turned away. Meanwhile, a WHO doctor in Sierra Leone became infected with the Ebola virus. The doctor, whose identity and nationality have not been released, was working at the Kenema Government Hospital. An agency spokesperson said the organization advised the facility to limit new patients—another setback as patients clamour for scarce hospital beds. For more on the outbreak, here’s everything you need to know.

3. Iraq has a new government. Haider al-Abbadi, the country’s new prime minister, told the Parliament that approved his candidacy that he’d resolve all remaining issues with the Kurdish autonomous region, a sticking point in negotiations that preceded today’s vote. Most of Abbadi’s cabinet is in place, save for the interior and defence posts that he’ll marshal himself until Parliament can agree on successors. Former PM Nouri al-Maliki, incredibly unpopular at the end of his tenure, is stuck as vice-president—a not-so-influential role in Iraqi political circles.

4. Jodie Emery makes it official. The Prince of Pot’s wife, an outspoken marijuana advocate in her own right, proudly filed nomination papers to run for the Liberal Party in Vancouver East. She’s not the candidate yet; that’ll take the approval of federal Liberal members in the riding. But she’s sure to raise the hackles of a Conservative Party bent on portraying Justin Trudeau’s party as a gang of reefer-mad hooligans. Colby Cosh reminds us why the Tories’ anti-pot strategy might fail. Paul Wells contributes his skepticism. Want more on the Emerys? Earlier this summer, they waxed eloquent in an extended interview with Jonathon Gatehouse.

5. It snowed in Alberta. Which meteorological prognosticator in your office had September 8 as the first day of the year that Canadians, somewhere across the sprawling northern nation, would lament the falling of snow? Today, snow fell in Calgary and Edmonton, and so launched another eight-month stretch of traditional whining about the fluffy precipitation that everyone claims to enjoy only on Christmas Day. The terrifying forecast, as reported by CBC News? “Current analysis suggests over five centimetres of snow is possible for these regions, however, there is still some uncertainty as to just how much will accumulate.” Phew. Sixty-five per cent of participating CBC readers told a poll that they “want summer to last longer.” Talk about a snow news day.