Hamed Shafia, convicted of murdering his three sisters and another woman in an 'honour' killing, had sought leave to appeal 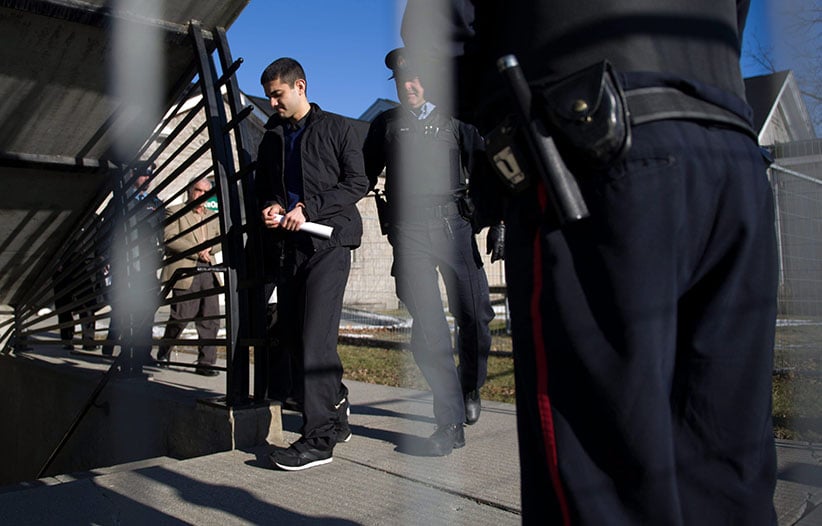 Mohammad Shafia and son Hamed Mohammed Shafia, front, are escorted by police officers into a holding cell at the Frontenac County courthouse in Kingston, Ontario on Wednesday, January 18, 2012. (Sean Kilpatrick/CP)

OTTAWA – The Supreme Court of Canada will not hear the case of a man convicted of murdering his three sisters and another woman.

Hamed Shafia had sought leave to appeal to the court, arguing that new evidence showing he was a youth at the time of the deaths should not have been dismissed.

Shafia and his parents were found guilty in January 2012 of four counts of first-degree murder in the deaths of his teenage sisters and his father’s first wife in a polygamous marriage.

The four bodies were found in a car at the bottom of the Rideau Canal in Kingston, Ont., in June 2009.

The Ontario Court of Appeal earlier rejected Shafia’s argument that he was too young to be tried as an adult and should have been tried separately.

The appeal court found no reason to allow Shafia’s new evidence, which it said was not compelling.