It wasn’t all bad news, though. Surfers were drawn to Newport Beach and Seal Beach where the hurricane produced huge waves, more than seven meters (25 feet) tall. The waves at Newport Point were some of the biggest the popular surf spot has seen in two decades, reports surfline.com. 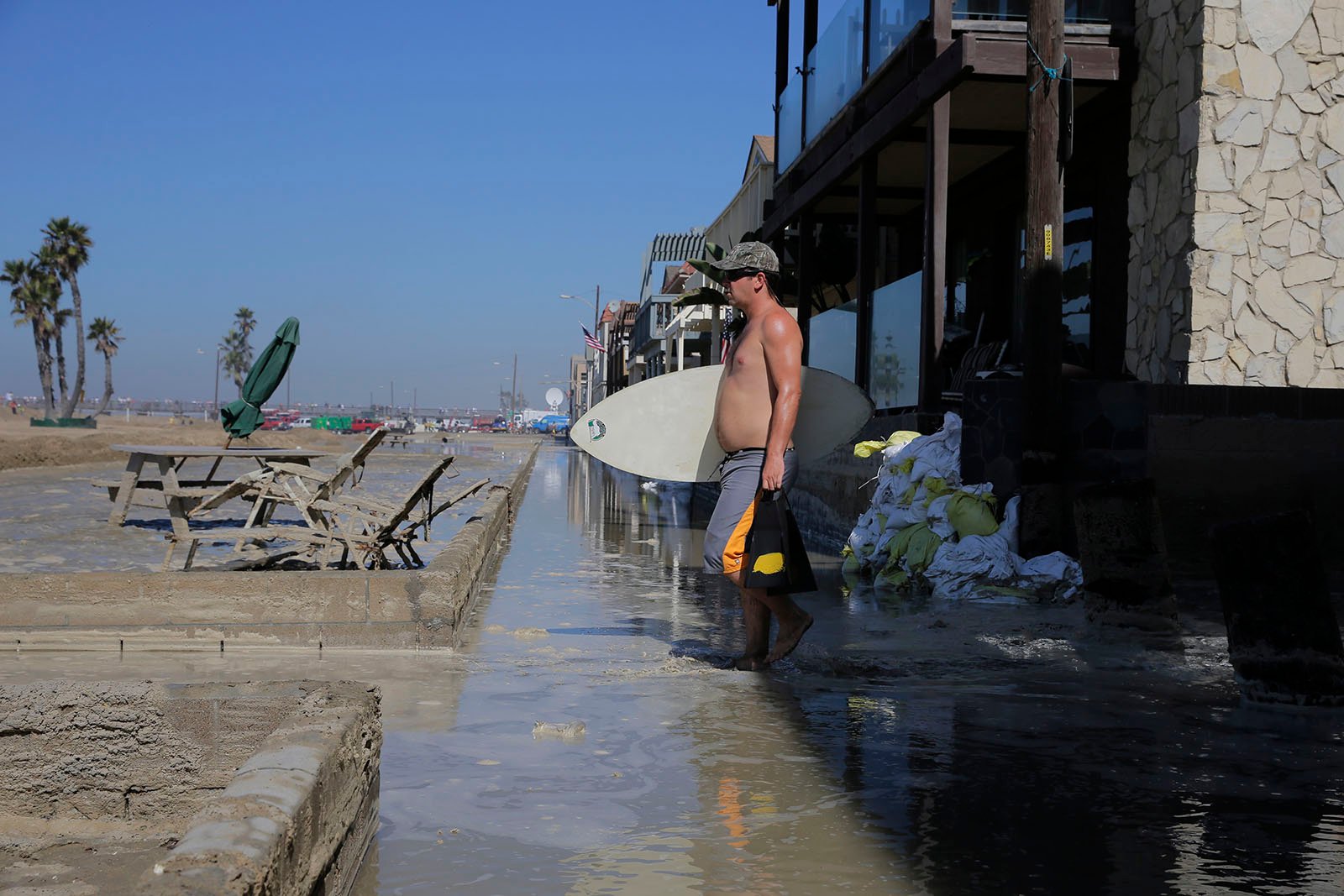 A man carries his board as he walks through the flooded beachfront properties on Aug. 27, 2014, in Seal Beach, Calif. A low-lying street in the Southern California coastal community of Seal Beach has been inundated by a surge of rising seawater brought on by Hurricane Marie spinning off Mexico's Pacific coast. (Jae C. Hong/AP)