Quebec mosque shooting a 'very big tragedy for us' 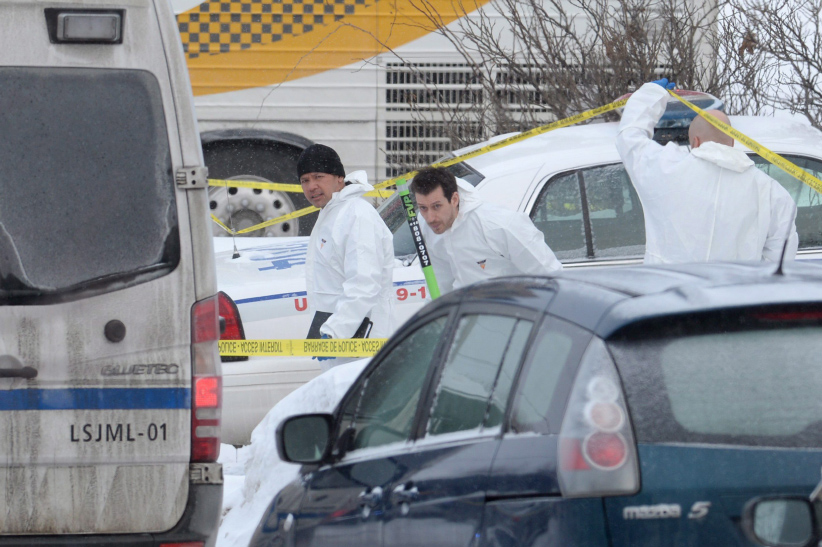 Police attend the scene of a shooting at a Quebec City mosque on Monday January 30, 2017. (Paul Chiasson/CP)

QUEBEC — The victims of a mass shooting at a Quebec City mosque were fathers, businessmen, a university professor and others who had gathered for evening prayers, a Muslim community leader said Monday as he recalled through tears the horror of the attack that killed six and injured 19 others.

“It’s a very, very big tragedy for us,” said Mohamed Labidi, the vice-president of the Centre Culturel Islamique de Quebec, the mosque where the attack happened Sunday night. “We have a sadness we cannot express.”

Labidi said the victims, all men, were shot in the back as they prayed.

“Security at our mosque was our major, major concern,” he said. “But we were caught off guard.”

The shooting took place just before 8 p.m. Sunday. Witnesses described chaos as worshippers scrambled to find friends and loved ones, while police responding to the scene called for backup. 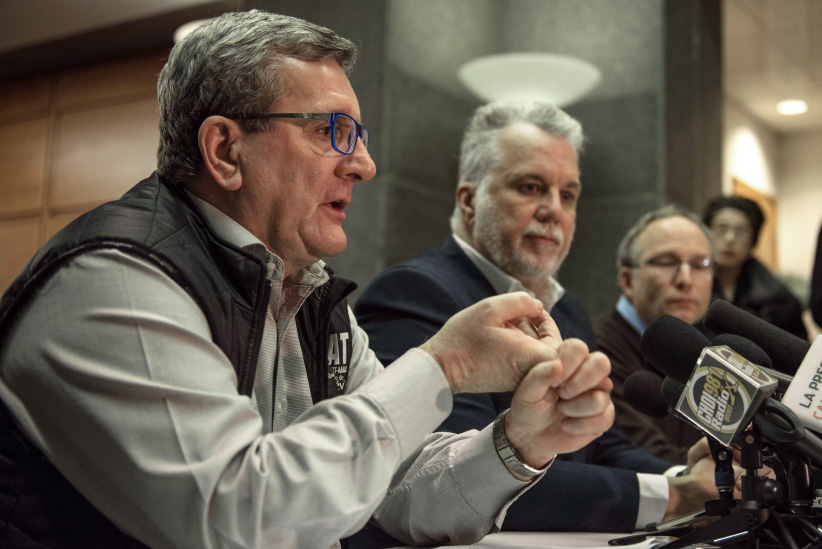 Police initially arrested two men, but later on Monday that said their investigation showed only one of them was a suspect. They said the other man arrested — identified by a court official as Mohamed El Khadir — was a witness.

“This was a group of innocents targeted for practising their faith. Make no mistake this was a terrorist attack,” he said in Parliament. ” It was an attack on our most intrinsic and cherished values as Canadians — values of openness, diversity and freedom of religion.”

Trudeau also said authorities would “get to the bottom” of the attack.

“Such senseless violence has no place in Canadian society,” he said. “To the more than one million Canadians who profess the Muslim faith, I want to say directly: we are with you; 36 million hearts are breaking with yours.”

In Quebec, Couillard said the attack had hit all Quebecers hard.

“All Quebecers are united in the solidarity we express today,” he said. “Our society is a very open, tolerant and hospitable one, but we are not different from other societies, we have the same devils, xenophobia, racism…we should not be complacent in our society.”

Quebec has had to contend in recent years with a controversial debate over race and religious accommodation. The previous separatist government of the province called for a ban on ostentatious religious symbols such as the hijab in public institutions.

The mosque targeted in the attack said in a statement posted on its Facebook page late Sunday that it was grateful for the many messages of compassion it had received.

It is not the first time the mosque has been a target of threats. Last summer, a gift-wrapped pig’s head was placed at the entrance to the building.

Authorities said the six men killed in the shooting were between the ages of 39 and 60. Of the 19 people injured — also all men — two remained in critical condition on Monday, hospital officials said.

As the mosque community grappled with what had happened, some who knew those who died began sharing details of the victims.

A local imam said one of those killed, Soufiane, was a grocer, butcher and father of three. The imam said the longtime Quebec City resident often helped newcomers to the provincial capital.

Soufiane’s store — Epecerie-Boucherie-Assalam — was closed Monday, with a bouquet of flowers and a single rose resting against the front door.

A second victim was identified by a friend.

Ali Hamadi said he left the mosque a few minutes before the shooting that killed his friend, Abdelkrim Hassane, a man who worked in information technology for the government, had three daughters and a wife.

Vigils were expected to be held in Montreal, Quebec City and Halifax later Monday.

A number of Canadian Muslim groups have expressed shock and anger at the attack.

“Quebec Muslims are frightened right now,” said Haroun Bouazzi, president of AMAL-Quebec, a Muslim human rights group based in Montreal. “We are urgently waiting for answers as to how and why such a tragedy could occur.”

The National Council of Canadian Muslims called on law enforcement agencies around the country to increase security around mosques and Islamic centres.

“We are horrified by this despicable act of violence,” the council’s executive director Ihsaan Gardee said. “This act of wanton murder must be punished to the fullest extent of the law.”

The Canadian Council of Imams said it was shocked at the “senseless killings.”

“Islamophobia has killed innocent Canadians,”it said. “As we pray for those who have lost their lives, the injured and their loved ones, we ask all decent people to stand against hatred of Islam and Muslims in all forms.”

The council also cautioned against blaming any one group for the attack.

“As Canadian Muslims we know how devastating it is to be blamed for the actions of a few,” it said. “We reject blaming any community, culture or religion for these murders. We are all Canadians and we are all bound by this tragedy together. Let us reaffirm our commitment to live together in peace.”

The mosque shooting also prompted world leaders to speak out.

U.S. President Donald Trump called Trudeau to express his condolences to Canadians and offered to provide assistance as needed.

French President Francois Hollande condemned what he called an “odious attack,” while a spokesman for German Chancellor Angela Merkel called the shooting “despicable.”

Pope Francis offered his condolences and called for mutual respect among people of different faiths.

CORRECTION, Jan. 30, 2017: Since this story was published, the Sûreté du Québec tweeted that only one of the suspects arrested in connection with the attack is suspicious.