Takeaways from the release of the two Michaels 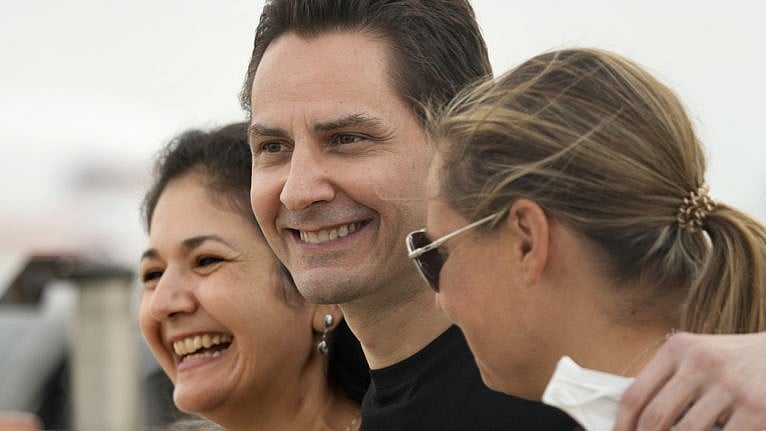 Michael Kovrig gave an interview to Global’s Mercedes Stephenson on Sunday from Toronto, after he and Michael Spavor were released from detention in China after more than 1,000 days in prison, a joyous event linked to the release of Huawei executive Meng Wanzhou.

“It was really moving and knowing that so many people knew about the situation, cared about the situation, really helped us get through a very difficult time,” said Kovrig. “I just want to say thank you very much to all Canadians for the enormous support and all of the effort that so many people have made to help bring Michael Spavor and me home.”

A hard lesson: In the Globe, Campbell Clark analyzes the situation and concludes that China was willing to use the detention of the two Michaels to get what it wanted.

This was a deal deal struck by the Biden administration, rather than the U.S. attorney who indicted Ms. Meng, and clearly the quid pro quo was a return for the two Canadian men detained in the wake of her arrest. Chinese authorities have denied there was any link between the cases since they scooped up the two Canadian civilians in the weeks after Ms. Meng’s arrest by Canadian authorities in December, 2018. It was hard to believe that then. It is impossible to believe that now. Both suffered the kind of cruel detention for which they can never really be compensated, and which, by the way, was never visited upon Ms. Meng.

Xi Jinping knows why: In the National Post, Terry Glavin writes that Canadians have every reason to be “disgusted, embarrassed, ashamed and angry.” Glavin writes that it is hard to know if diplomacy had much to do with the release of the Michaels.

What is known is that Meng’s efforts to evade extradition to the U.S. on 13 charges of conspiracy, fraud, wire fraud and other counts related to Huawei’s dealings in Iran had gone mostly nowhere in Judge Heather Holmes’ B.C. court, and a ruling was imminent. The case was perhaps weeks away from showing up as a political decision the Trudeau government would have been expected to make.

China bowed to pressure: Canada’s ambassador to the U.S., Kirsten Hillman, told CTV that China initiated the dialogue to release the two Michaels. China bowed to pressure as the judicial negotiation of Wanzhou’s case neared resolution. “I think in having felt for over 1,000 days incredible pressure from Canada [and] from our allies around the world that we had mobilized in regards to the situation of the Michaels… I think the Chinese government decided that, you know, it was time to put this behind them and move on,” Hillman said.

Hostage swap: Experts tell the Star that it is noteworthy that China wanted the exchange to appear like a cold-war hostage swap.

“That’s what I take away from this. From the first, [the Chinese officials] were talking out of both sides of their mouth,” said Clive Ansley, a consultant and former professor of Chinese history and law. “What they really want to do is leave the message that you know what’s going to happen if you mess around with us.”

How they lost: Alex Boutilier and Stephanie Levitz have an illuminating article in the Star on how the Conservatives lost our recent election—some of his own candidates and MPs would have refused to accept a more aggressive vaccination policy, which limited how O’Toole could react to the Liberal wedge.

Complicating the effort is the fact that some Conservative MPs and candidates flatly refused to tell the party leadership whether or not they’ve been vaccinated. If O’Toole endorsed mandatory vaccinations, he wouldn’t just face outrage from a party base that takes individual choice seriously—he’d also risk having his own candidates offside with the policy, and have to cut them loose or face a constant barrage of questions about why he was still allowing them to run.

Pressure on O’Toole: CTV reports that Erin O’Toole can expect a leadership challenge after losing the election, but it sounds like he can count on the support of Calgary Nose Hill MP Michelle Rempel Garner. So far, his critics in caucus have kept their critiques anonymous.

Time for a woman at DND? As O’Toole ponders a leadership challenge, Trudeau turns to cabinet making. Experts tell the Canadian Press it is time for Trudeau to appoint a female defence minister, the first since 1993.

‘Massive trouble’: Neither O’Toole nor Trudeau have to deal with a problem as bad as that facing Alberta’s government. On Sunday, two prominent doctors sent a letter to the new health minister urging a province-wide “fire break” lockdown, the Calgary Herald reports.

“Alberta’s hospital system, especially ICUs are under more killing stress than at any time in the province’s history. All Albertans have and do depend on our acute care hospitals. We are within days of being forced to implement a triage protocol which will force health-care workers to make life and death decisions on who will get scarce resources, like ventilators.”