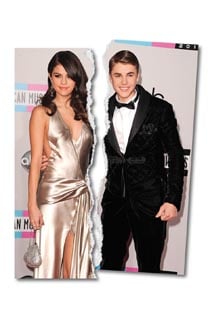 Katie Holmes’s divorce from Scientologist Tom Cruise after five years of public captivity was as sudden as the couple’s whirlwind nuptials. The 33-year-old actress’s Houdini-like manoeuvres, more jailbreak than marital meltdown, left her with custody of five-year-old Suri. Soon after, a Vanity Fair story ran about how the Church of Scientology recruited her to screen test as a prospective wife for the actor. Now the former Dawson Creek star is on Broadway. Meanwhile, her 50-year-old, couch-jumping ex has been seen squiring other women about; we can only assume he’s auditioning wife No. 4.

Oprah Winfrey lured the former “Queen of Nice,” Rosie O’Donnell, to her ailing TV network, OWN, with high hopes the former talk-show host would draw viewers and buzz. Six months later, after format changes, humiliating ratings and carping from staff, Winfrey yanked the show—to O’Donnell’s chagrin. Now the two former daytime doyennes aren’t talking at all—at least to each other.

Fourteen months after a showy Indian wedding complete with elephants, celebrity exhibitionists Russell Brand, 37, and Katy Perry, 28, announced their joint act was over. The British comedian, once fired from MTV for dressing as Osama bin Laden, filed for divorce from the American singer known for shooting whipped cream from her bra. Future mates have hard acts to follow.

Canada: just not that into Iran

When Canada breaks up with a country, it doesn’t fool around. Last September, the government unilaterally cut diplomatic relations with Iran, shuttering the Tehran embassy and booting Iran’s diplomatic staff from Ottawa. Dangers were too high, Foreign Affairs Minister John Baird said of the criticized move that showed the ayatollahs who was boss.

The seven-year union between 39-year-old German Project Runway star Heidi Klum and 49-year-old British soul and R&B singer Seal was always odd but solid, united by the couple’s annual Halloween bashes and four children. Then it was over, amid talk of “issues,” which an angry Seal spelled out as Klum’s dalliance with the guy who guarded her famous body.

At least she’ll get a song out of it

Poor Taylor Swift. She seemed to be leaving a string of high-profile, doomed relationships behind to live happily ever after in Camelot with 18-year-old Conor Kennedy. The 22-year-old Grammy winner was so besotted with the high school junior (yes, junior), she bought a mansion near the Kennedys’ Hyannis Port compound. Then, after a summer fling, reality called: Swift went to tour the world, Kennedy to do his homework.

After nearly two years together, teen power couple Justin Bieber, 18, and Selena Gomez, 20, broke the hearts of “4-evr-love belieb-ers” when they called it quits in November. Busy schedules and “trust” issues, which may or may not have involved the 18-year-old Bieber cavorting with “Victoria’s Secret angels,” were blamed. Whether the young celebrities are officially dunzo isn’t clear. But count on at least a few more tabloid “make-ups” first.

Fortunately, most of the fashion world was already wearing black when the time came to mourn Balenciaga creative director Nicolas Ghesquière’s surprise split from the fabled French fashion house after 15 years. The 41-year-old designer returned the flagging label to its former glory, and extended it to perfume and coveted purses. Now the style-setting Spaniard wants his own brand, and Balenciaga wants his replacement. Nobody says fashion isn’t fickle.