Our short takes on the news of the week, from Germany to the future of NAFTA under Trump 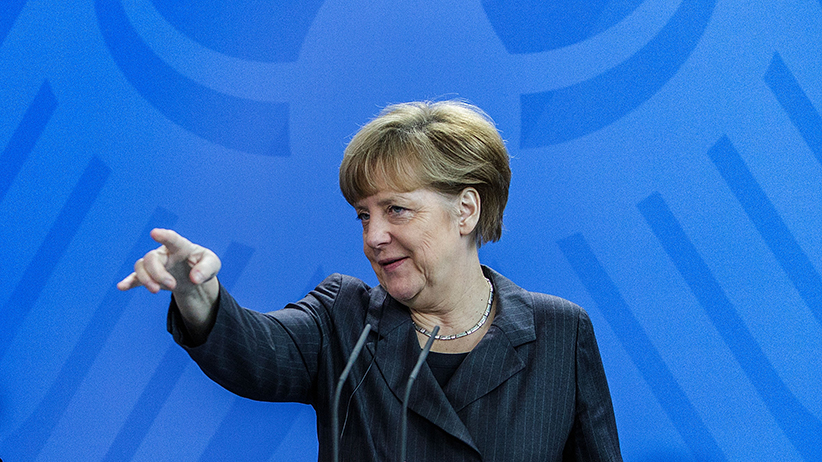 Despite criticism of her handling of the refugee crisis, Angela Merkel plans to run for a fourth four-year term as Germany’s chancellor. If she succeeds, Merkel would join Helmut Kohl and Otto Von Bismarck as one of the country’s longest-serving leaders. Normally, that sort of iron grip isn’t something to celebrate. But these aren’t normal times. With so many countries seized by inward-looking populist movements—Trump, Brexit, Kellie Leitch?—Merkel represents a dying breed of leader who champions Western liberalism and the pluralism that underpins it. She’s needed now more than ever.

Canada plans to give Haiti $54 million over five years, with $2 million of the cash to be spent immediately on hurricane Matthew recovery efforts. The rest is to be spent on long-term projects in the agricultural sector. While Haiti’s dysfunctional ruling elite hasn’t always proved to be a responsible partner—Canada contributed $11 million to last year’s failed presidential election, which was finally re-run this week with another $1.4 million of Canadian cash—helping Haiti is still the right thing to do. Nobody wants to see another humanitarian disaster unfold in a state that’s perennially on the cusp of failure.

3. The pol in the mirror

Dogged by ethics scandals and outrage over soaring electricity prices, Ontario Premier Kathleen Wynne took the unusual and refreshing step—for a politician, at least—of acknowledging responsibility for her abysmal approval ratings that now hang like a cloud over the provincial Liberals. Speaking at the party’s annual meeting, she said disillusioned voters likely now see her as a “typical politician” who’ll “do anything to win,” and that, “frankly, I think I’ve sometimes given them reason to think that.” As they say, the first step to recovery is admitting you have a problem.

MORE: The five sins of the Ontario Liberals on the hydro file

A new study suggests quitting Facebook makes you happier. Denmark’s Morten Tromholt, of the Happiness Research Institute, conducted a randomized and controlled trial with 1,095 participants recruited from—where else—Facebook. Those who deleted Facebook’s app from their phones reported higher life satisfaction after the week-long experiment. Of course, that’s hardly surprising, given the depressing revelations that a proliferation of “fake news” on Facebook may have helped elect Donald Trump as U.S. president. 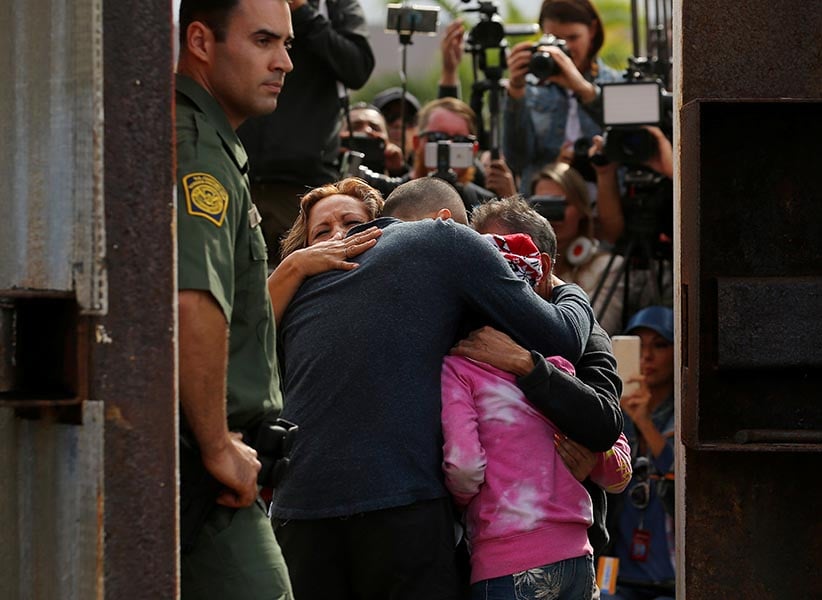 U.S. Border patrol agents stands at an open gate on the fence along the Mexico border to allow Adrian Gonzalez-Morales and his daughter Aileen hug his parents Juan and Martha, as part of Universal Children’s Day at the Border Field State Park, California, U.S., November 19, 2016. (Mike Blake/Reuters)

Donald Trump didn’t mention NAFTA in his YouTube address that discussed priorities for his first 100 days as U.S. president. But a leaked briefing note suggests that renegotiating America’s free trade agreement with Canada and Mexico is high on his to-do list. It says he plans to instruct the U.S. Commerce Department to study how the U.S. could pull out of the pact and what the impact would be. With nearly 75 per cent of Canada’s exports sold south of the border, it’s imperative Ottawa do whatever it takes to ensure that the longstanding U.S.-Canada trade relationship, worth US$1.4 trillion annually, continues to thrive.

Universities are meant to be bastions of free speech and unfettered academic inquiry. But the student union at City University of London—ironically home to one of the best journalism schools in the U.K.—voted to ban the Sun, Daily Mail and Express newspapers from campus in the interest of “opposing fascism and social divisiveness.” Those are worthwhile goals, but university students are supposed to be smart enough to read widely and make up their own minds.

Temperatures over much of the Arctic Ocean are, on average, about 20° C warmer than they should be this time of year. Scientists say near-record low levels of sea ice last summer made it easier for the jet stream to pipe warm air and moisture into the region this fall and winter, a potentially vicious cycle that’s probably due to climate change. It’s therefore timely that Environment Minister Catherine McKenna this week accelerated the phase-out of traditional coal-fired power plants in Canada. They are set to go by 2030.

In B.C., all roads lead to Vancouver’s bubbly housing market. Ranchers along the province’s Coquihalla Highway reported a half-dozen instances of weathered wooden fence boards being stolen, apparently to be used by Vancouver homeowners seeking a more rustic interior design. Another sign we’ve hit peak real estate? This week Canada’s national housing agency, which provides taxpayer-backed mortgage insurance, estimated a sharp rise in interest rates would result in a 30 per cent drop in national house prices, and cause it to suffer a $1-billion loss. But, hey, that “reclaimed” wooden table sure looks neat.