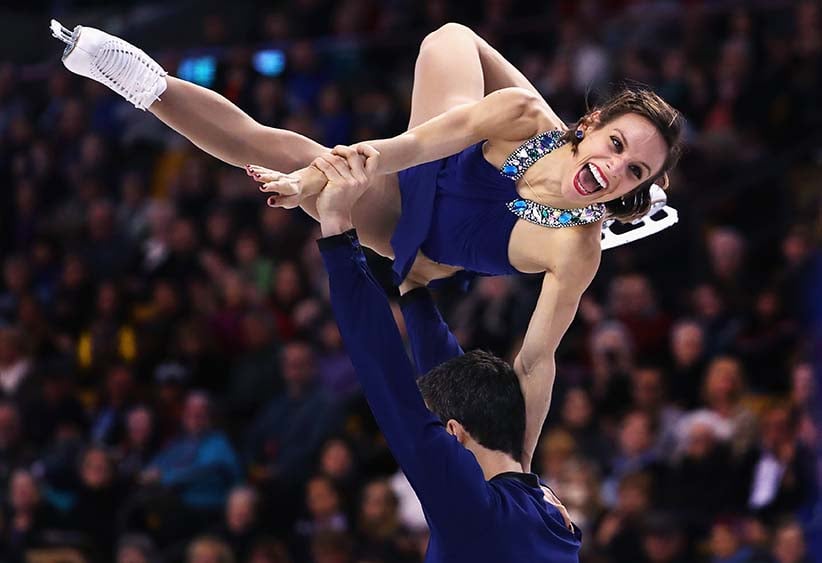 The Canadian economy is growing at its fastest pace in three years, with GDP rising by 0.6 per cent in January from the month before for the biggest gain since mid-2013. In fact, over the past three months Canada’s economy has grown at an annualized rate of five per cent. That’s China-style growth, which is all the more impressive because Canada still faces headwinds from low oil prices. The surge, described as “rip-roaring” by one economist, coincides with news that the U.S. economy added 215,000 jobs in March. While wage growth has been meagre, there are signs of improvement: California and New York passed laws to gradually push the minimum wage to $15 an hour, while a tighter labour market in March led to a rebound in paycheques. Consider it stimulus 2.0: more money earned means more to spend.

2. Despite a dark day, some good news in fighting terror.

A grim anniversary looms next week—on April 14, it will have been two years since 276 Nigerian schoolgirls were kidnapped by the terrorist group Boko Haram. But some measure of success against terror has been won. Khalid al-Barnawi, the leader of splinter group Ansaru, was captured by the Nigerian military; two years ago, the U.S. offered a $5-million bounty for him. Another most-wanted terrorist was just taken out in Syria: Abu Firas, leader of the al-Nusra Front, was killed in an airstrike by Americans. More mundane good news on foiling terror? The Taliban’s new smartphone app has been plagued with technical difficulties.

A sign of change since the Supreme Court blasted the Canadian military last year for intolerance and misogyny toward women and LGBT individuals, albeit an altogether surprising one: The Department of National Defence will have gender-neutral toilets in its new offices. The move is meant to reflect the military’s “duty to accommodate.” Given that there are several investigations under way in the Sexual Misconduct Response Centre, any and all progress is welcome.

4. Some helium news you can squeak about.

Helium is the second-most common gas in the universe, but as a non-renewable resource, it is hard to come by on Earth—despite its importance in medical technology. Its scarcity had prompted the Surrey Vaisakhi Parade in British Columbia to ban party balloons from its upcoming event. The recent Global Helium Market Report showed things looking up, however: it said there “will be reasonable supplies in the medium term.” 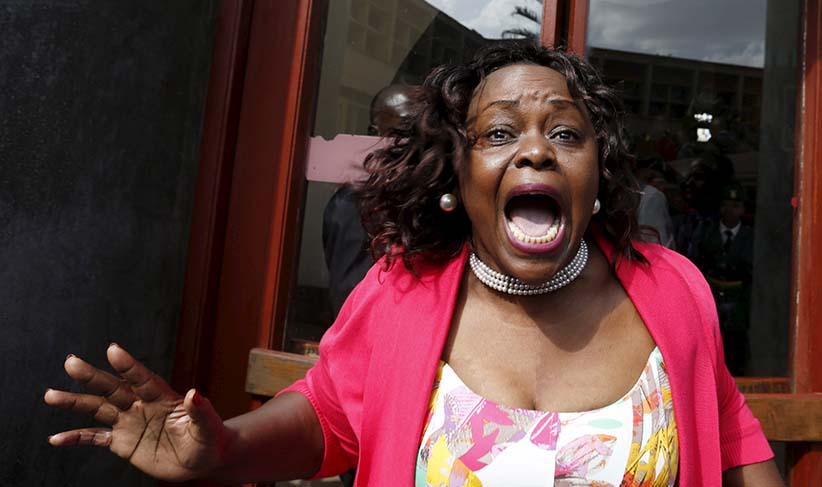 5. Just after Easter, politicians come to Jesus on fundraising.

The premiers of British Columbia and Ontario have suddenly found religion when it comes to fundraising reform. That is, after embarrassing revelations about how access to politicians was being flogged in exchange for donations. Christy Clark promises “real-time” disclosure, while Kathleen Wynne will now ban all corporate and union gifts. But Ottawa tightened its rules more than a decade ago, and Quebec capped its annual political contributions at $100 in 2013. Why the delay in Ontario and B.C.? Because all the provincial parties were profiting. Forgive us if we don’t trust their roadside conversions now.

6. A tragedy stokes outrage over fires on First Nations reserves.

The deaths of nine people in a house fire on a remote northern Ontario First Nation is an all-too-common story. A 2011 federal report—made public last year—found reserve residents are 10 times more likely to perish in a blaze than other Canadians, and that 43 per cent of Aboriginal communities have “little or no” way to fight fires. Homes are poorly constructed, overcrowded, and lack basics like smoke detectors. When she was in opposition, Carolyn Bennett called federal funding for reserve fire protection “appalling.” Now she’s minister of Indigenous and northern affairs, it’s time to match money with the rhetoric.

7. The latest buzz: Will Zika come to Canada?

Summer is coming, despite appearances. And for most of Canada, so are the mosquitoes. Last week, the White House convened a summit about the bugs and the Zika virus, urging all state and local governments to start planning for the worst. The U.S. still hasn’t had a locally transmitted case, but believes there’s no use waiting for a spate of birth defects. Health Canada, meanwhile, maintains that our risk is “very low” since the mosquitoes that carry the virus “aren’t suited to our climate.” Good thing nothing in nature adapts.

The Trudeau Liberals have retreated from a platform plank, delaying an overhaul of the broken federal Access to Information system until 2018. Ditto for a promise to help youth joblessness by giving employers a break on EI premiums, which was nowhere to be found in the budget. The will to cancel the F-35 fighter jets, or follow through on plans to expedite entry for tens of thousands more Syrian refugees, also seems to be fading. True, it’s only six months since the election, but for a government that puts such emphasis on “deliverables,” the misses are piling up.