Talking points: Of feeling the Bern and Don Cherry's return 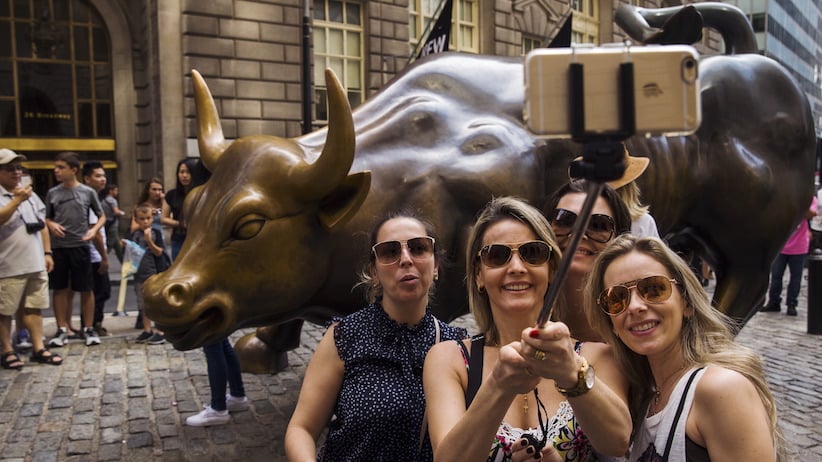 After a long, cold winter for Canadian stocks, things are finally starting to heat up. The S&P/TSX Composite Index recently charged back into bull-market territory as global commodities prices recover from last year’s doldrums. Even the price of oil is back at US$50 a barrel for the first time in nearly a year, albeit thanks in part to outages caused by the Alberta wildfires. Better yet, the uptick in Canadian equities isn’t being offset by a sudden, portfolio-killing swoon south of the border, where both the Dow Jones Industrial Average and S&P 500 are still near all-time highs. Investor optimism, we’ve missed you.

2. ISIS is in a sorry Islamic State.

Turns out the caliphate isn’t all it’s cracked up to be. As the so-called Islamic State continues to lose ground to coalition airstrikes in Raqqa and Fallujah, some disenchanted Western recruits are reportedly trying to return home. Some have already turned up at diplomatic missions in Turkey, according to one report, while others are trying to contact their governments for help. At the same time, ISIS is scrambling to deal with another internal headache: informants. Paranoid about recent strikes targeting senior leaders, ISIS has killed more than three dozen of its own members on the suspicion they were working as moles for Kurdish and other intelligence agencies. The beginning of the end.

3. Obeying the law of the jungle.

Ohio prosecutors got it right in opting not to charge the mother of a three-year-old boy who fell into the gorilla enclosure at the Cincinnati Zoo. That the incident cost a rare gorilla his life—zoo staff shot him lest he harm the child—was regrettable. But the inadequacy of the zoo’s safeguards may be every bit to blame as parental negligence, and such questions belong in the civil realm. If we jailed the parent of every toddler who went outside the ropes, the prisons would be full of parents.

4. No sour Grapes on Hockey Night.

There may not have been a Canadian team in this year’s Stanley Cup playoffs, but Canadian fans do have one thing to scream about: Don Cherry isn’t going anywhere. The 82-year-old star of “Coach’s Corner” will be back next season after agreeing to a multi-year deal with Rogers, which owns the NHL’s TV rights north of the border (and Maclean’s). Love him or hate him, “Grapes” and his outlandish blazers are the heartbeat of Hockey Night in Canada. Keeping him in the fold was a no-brainer—a beauty, as he would say. 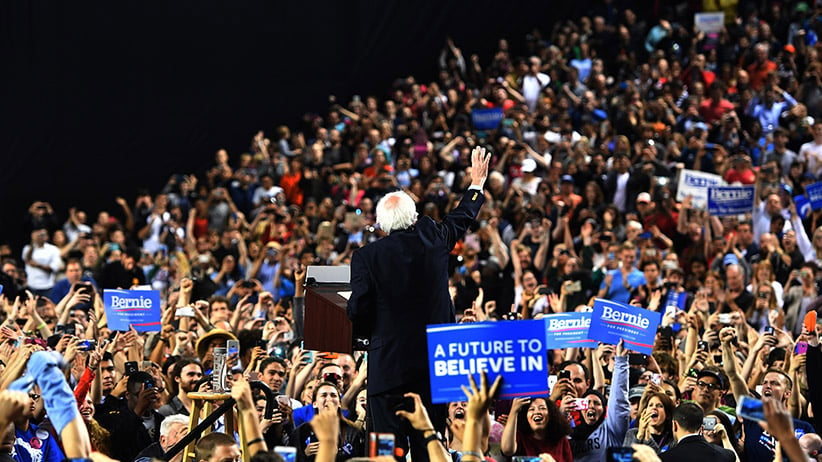 Democratic Presidential candidate Senator Bernie Sanders speaks to a crowd of thousands who attended his A Future to Believe In Baltimore Rally at the Royal Farm Arena in Baltimore, Maryland on April 23, 2016.
(Marvin Joseph/The Washington Post/Getty Images)

5. Maybe we should rename it the HMCS Lemon.

Back in the late 1990s, it sure seemed like a fantastic deal: four used British submarines for $750 million. Today, not one of the now-Canadian subs is actually in the water. (The one vessel that was working, HMCS Windsor, has returned to port after a diesel-engine malfunction.) In the meantime, reports also surfaced this week that Ottawa has quietly earmarked nearly $1 billion to keep the subs operational for another seven years—citing “higher than originally estimated” maintenance costs. No word yet on whether the Brits plan to sell any second-hand fighter jets.

6. In the Philippines, a raging simpleton.

Think Donald Trump is out of control? Check out the Philippines’ president-elect, Rodrigo Duterte, who recently voiced support for vigilantism. Criminals who threaten citizens are fair game for lethal response, said the controversial populist, elaborating: “If he fights, and he fights to the death, you can kill him.” Duterte also upped a bounty he’s put on the heads of drug lords to $108,000, while issuing a stark warning to corrupt cops: “Son of a bitch, I will kill you.” The Philippines was already a cesspool from a human rights perspective. If voters think a leader who endorses extrajudicial killings will solve their problems, they’re in for a terrifying letdown.

7. Slavery is far from abolished.

Shocking to think nearly 46 million people live in slavery around the world, but that’s the finding of the Walk Free Foundation’s third annual Global Slavery Index. The number—up from 35.8 million in 2014—includes people born into servitude, trapped in debt bondage and forced into sex work by human traffickers. India holds the ignominious title of country with the largest total, while North Korea has the highest prevalence. Experts attribute much of this year’s increase to improved data collection.

Niki Ashton, a New Democrat MP from Manitoba, headed to North Dakota this week—to campaign for Bernie Sanders. News of her visit didn’t sit well with many Canadians, who wondered, rightfully so, whether a busy parliamentarian might have better things to do than door-knock for an American presidential candidate. Ashton defended herself: “Bernie Sanders’s campaign is very inspiring,” she told one reporter. Meanwhile, Hillary Clinton clinched the Democratic nomination this week, making the act of campaigning for Sanders largely pointless.