Marie-Danielle Smith: For a while there it seemed possible that his more-centrist policy direction would see him win over swing voters in a way that his predecessor couldn’t 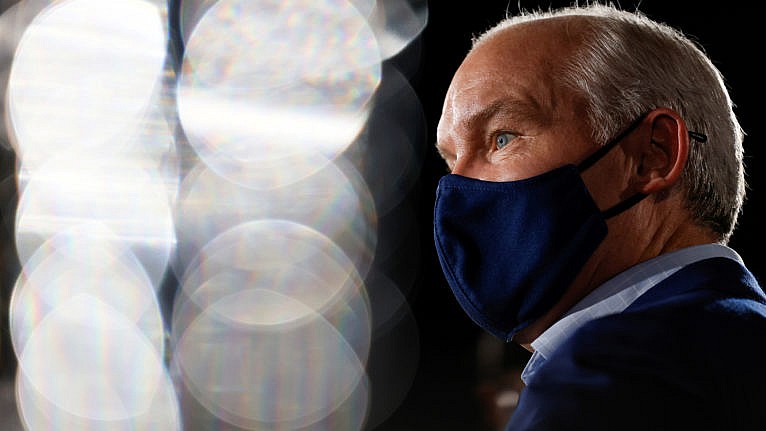 For a minute there, it really looked as though Erin O’Toole could become Canada’s next prime minister.

It looked possible, halfway through the election campaign, that he’d prove the curmudgeons in his own party wrong, and that he’d stage an upset. That his more-centrist policy direction and more-progressive personal values would see him win over fed-up swing voters in a way that predecessor Andrew Scheer couldn’t quite do.

Instead he ended up with a result that was broadly similar to the party’s 2019 effort. As of midnight on election night, despite Conservatives picking up more votes than Liberals, O’Toole was on track to win about the same number of seats as he came into the election with.

O’Toole’s momentum had stalled in the last few days of the campaign—to the extent that the writing was seemingly on the wall for Conservative strategists even before results began to pour in on Election Day. Early Monday, spin doctors were selling the idea to journalists that holding Justin Trudeau to a minority would be a victory in itself.

O’Toole did his best to sell the same message in a speech Monday night, bringing to it an energy he’d seemed to lack in the final days of the campaign, arguing he should get the chance to keep going.

“Our support has grown. It’s grown across the country. But clearly there is more work for us to do to earn the trust of Canadians,” he said. When another election happens, he asserted: “I will be ready to lead Canada’s Conservatives to victory.”

You could certainly see a minority result as a victory for a country that is divided and unwilling to reward a smug Liberal incumbent for a pandemic election call that looked like a bald power grab.

But maybe not for O’Toole himself, who many believed would need to improve on Scheer’s 2019 result to hang on to the leadership.

By most measures, Andrew Scheer had a pretty decent election last time around. He reduced Trudeau to a minority mandate and won a larger share of the popular vote than the Liberals did. It wasn’t seen as enough. He stepped down within two months.

That O’Toole couldn’t capitalize on an angrier electorate and a brand more palatable to centrist voters will quickly lead to questions over his leadership—and his approach to conservatism.

Though no party convention or formal leadership review process is scheduled in the near future, the parliamentary caucus has the power to organize an ouster. Even as votes were still being tallied on election night, one re-elected MP predicted to Maclean’s that there would be “a push” to replace O’Toole.

But let’s not get ahead of ourselves. As the dust settles (and while ballots are still being counted), here are a few takeaways for the Conservatives from the nitty gritty results of election night.

Where O’Toole picked up support in a clear way was in Atlantic Canada.

As of midnight, Conservative candidate Clifford Small was the favourite to win the central Newfoundland riding of Coast of Bays—Central—Notre Dame. It would be a surprise upset over popular Liberal incumbent Scott Simms, and perhaps a reason for Liberals to pay more attention to the province.

Over in Nova Scotia, Conservatives appeared to ride a bump in support that could be related to the recent win of new Progressive Conservative Premier Tim Houston (who nonetheless distanced himself from O’Toole after his victory at the beginning of the campaign). This led to the defeat of a Liberal cabinet minister, Bernadette Jordan, in South Shore-St. Margarets at the hands of Conservative Rick Perkins.

And they were competitive in Fredericton, where former Green Party MP Jenica Atwin, who crossed the floor to the Liberals, was in a neck-and-neck race with Conservative rival Andrea Johnson.

The fringe factor (or not)

As results are finalized, much effort will go towards figuring out what impact Maxime Bernier’s People’s Party had on the Conservative Party fortunes. Was his rise in support a pandemic protest vote for people frustrated with lockdowns, or will he be a factor going forward? Did he exert, in this election, any sweet, sweet revenge for losing to Scheer in the 2017 Conservative leadership contest?

Every seat counts in a minority Parliament. But although the PPC appears to have been a factor in several ridings, as it was with a much smaller vote share in 2019, it does not appear to have been the decisive factor that prevented a Conservative victory.

It had the biggest impact in Alberta ridings where Conservatives still carried large majorities. While those re-elected incumbents will have reason to pay attention to the disaffected voters in their ridings, this did not affect the result. Conservatives notably quashed Bernier in his own riding of the Beauce, Quebec. There was no major showing, either, from the upstart Maverick Party, which positioned itself as the voice of western alienation.

The lesson here is that O’Toole did not lose because of fringe defectors from the party. He lost because he couldn’t tap into the Greater Toronto Area, parts of Quebec and other places where he promised he could persuade a new generation of Conservative voters to show up. That’s what he’ll wear as he makes the pitch to stay on as leader.

You say goodbye, I say hello

A bye-bye (for some, a good riddance) to Derek Sloane, the troublemaker anti-lockdown MP who’d sat as an Ontario independent after being kicked out of O’Toole’s caucus—and who tried and failed to best Conservative incumbent Blake Richards in Banff-Airdrie.

And hello to a couple of new faces we will probably see a lot more of. One is new Haldimand-Norfolk MP Leslyn Lewis, who you’ll remember as the third-place winner in the leadership contest O’Toole won last year. Another is longtime strategist Melissa Lantsman, who has been elected in Thornhill and whose punditry you may have seen on TV.

They’re among a minority of fresh faces in a Conservative caucus that O’Toole will soon have to convince of his suitability to continue leading the charge.