The COVID warning Jason Kenney should have heeded

Alberta doctors begged their premier two weeks ago to impose a 'circuit-breaker' lockdown. It would be over by now. 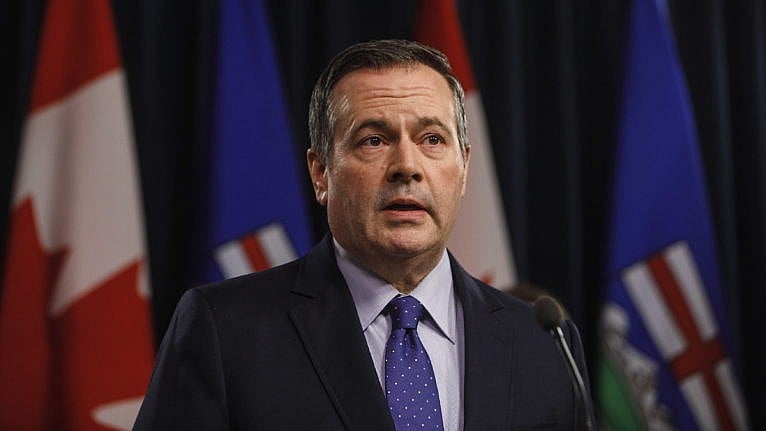 “If the rate of COVID-19 spread continues, the consequences to the people of Alberta will be catastrophic,” warned scores of doctors whose specialities include critical care, emergency medicine, infectious diseases, and pulmonary medicine. They could have been talking about the crisis currently enveloping the province. But that admonition was written to Premier Jason Kenney on Nov. 9.

Now, those who signed that letter are facing the future they hoped wouldn’t occur: “People are honestly scared,” says Dr. Lynora Saxinger, an infectious diseases expert at the University of Alberta.

In their letter, the 86 doctors warned that if “this rate of increase continues unabated, our acute care health system will be overrun in the near future,” while hospital beds used to treat patients with cancer and other serious medical conditions would be transformed into COVID-19 wards.

Just increasing bed capacity wouldn’t be enough, the doctors warned: “While other hospital units can be converted to provide intensive care, there is a very finite number of health-care professionals with the necessary skills to provide this level of care.” They only had to look to the United States and Europe to know what would happen next: “When these resources are overwhelmed, mortality rates from COVID-19 and other potentially treatable conditions increase dramatically.”

Their request was dramatic, but simple: “A two-week short, sharp lockdown, or ‘circuit-breaker,’ to drop the effective reproductive number and allow contact tracing to catch up, then turn to targeted regional control measures similar to Manitoba, Ontario and British Columbia, which have a sliding scale of restrictions based on the number of cases, hospital admissions and ICU capacity.”

Second guesses are a devalued currency in this pandemic. But when so many ICU and emergency room physicians call for drastic action—and their call comes to naught—it’s worth considering what might have been.

Had Alberta imposed a circuit-breaker on the day the first letter was sent, then the two-week lockdown would have lifted on Monday, Nov. 23. Instead, the response from the provincial government was silence. “I have not received a reply commenting on the concerns expressed the letter,” says Dr. Noel Gibney, its lead signatory, aside from a message acknowledging receipt of the letter.

Gibney, a professor emeritus in the department of critical care medicine at the University of Alberta, spent nearly 40 years as an intensive care doctor in Edmonton, didn’t expect anything else, telling Maclean’s in an email: “Frankly, with this provincial government and premier, I would have been surprised to receive a response to the specific concerns.”

On Nov. 9, Alberta reported a three-day tally of 2,302 cases (since then, it began releasing topline provincial COVID-19 data on weekends.) Its rate of daily cases was 136.4 per million population, on a seven-day rolling average, which put the province in second place, behind Manitoba (215) and ahead of Quebec (126.1). Alberta added another 21 COVID-19 patients to its hospital tally, which then stood at 192, including 39 in critical care.

Three days after that Nov. 9 was sent, another group of more than 430 health professionals endorsed their colleagues’ circuit-breaker idea. That Nov. 12 letter expanded on the idea, asking for social contacts to be limited to households only; restrictions on group recreation; a suspension of indoor dining and religious services; and the closures of casinos and theatres. Schools, though, would remain open.

On Nov. 12, Premier Kenney did introduce a few restrictions, saying that the number of COVID-19 cases, in particular those in long-term-care homes, was “very troubling” and that the crisis was at a “dangerous juncture in our province.” His government placed a two-week suspension on indoor group fitness and team sports, as well as performances, in urban centres, while shortening the hours for bars and pubs in areas under the province’s enhanced status COVID-19 category. “We have to bend the curve back down,” he said, emphasizing that they were temporary measures.

Kenney announced those steps on Nov. 12 via telephone, explaining that, earlier that day, he was told he’d been in contact with someone who tested positive for COVID-19. He’s been in self-isolation, and away from the cameras, ever since.

In an email to Maclean’s, Saxinger said she was “very concerned” about the dwindling amount of data being shared as second wave accelerates, along with “the reduced engagement and visibility of elected officials.” The province has had a series of data problems—for more than two weeks it posted no testing data, used to calculate positivity rates—while setting one bad record after a number. By Monday, the hashtag #WhereIsKenney was trending, not least thanks to the concerned physicians. “Alberta, we’re on the precipice of a humanitarian disaster. #WhereIsKenney,” tweeted Dr. Tehseen Ladha, one of the lead signatories of the Nov. 12 letter.

Suffice to say, since those two letters were sent, the situation in Alberta has rapidly deteriorated. In each of the past four days, the province has reported case counts in excess of 1,000, including a record 1,584 on Sunday, which topped even the raw cases reported by Ontario (1,411) and Quebec (1,154)—provinces have populations more than three times and double that of Alberta, respectively. As a result, Alberta’s per capita caseload has exploded. As of Nov. 22, it was the highest in the country at 309 daily cases per million population, ahead of Manitoba (269.4) and third-place Saskatchewan (178.1) while the national average is 137.6.

As well, hospitalizations are up 66 per cent in the past two weeks, to 319 COVID-19 patients in hospital; the 60 in critical care represent an increase of 54 per cent, according to statistics compiled by COVID-19 Tracker Canada. “I’m disappointed and very concerned that the provincial government has continued to ignore the reality of the pandemic with rapidly increasing numbers of infections, hospitalizations and ICU admissions,” says Gibney.

As predicted, the number of COVID-related deaths is soaring. On Nov. 9, the province had reported 370 since the pandemic began. Two weeks later, that number was 471, an increase of 101 that added a layer of sorrow to ICU and emergency doctors’ already gruelling workloads. The predicament was captured in a viral photo of Dr. Simon Demers-Marcil, an ICU doctor at the Peter Lougheed Centre in Calgary, calling the loved ones of a patient who’d died of the virus. The picture went viral after being released by the provincial government, yet Demers-Marcil isn’t sure which family he was speaking to at the time. For him, and for other physicians, those sad calls have become routine.

Both Gibney and Saxinger believe it’s now too late for a two-week circuit-breaker to have any meaningful effect. “I believe we need a comprehensive lockdown of all non-essential businesses and services and a return to office workers working from home. If that does not show a rapid slowing of the rate of infection, consideration will also need to be given to closing the schools again,” says Gibney. Saxinger agrees, saying, “It will take a longer time, and more complete restrictions to salvage things, the longer they wait.”

Even if the government imposes further restrictions—Alberta is the only province without a mask mandate—both Gibney and Saxinger caution that the immediate future is bleak, thanks to the brutal math of exponential spread. “The province’s health-care system is now at the brink of collapse at a time when, even if a tight lockdown was initiated today, the numbers of COVID patients will continue to increase exponentially for the next couple of weeks,” says Gibney. Saxinger warns that even maximal restrictions won’t flatten the province’s curve, but adds: “Actions now would at least shorten the most severe time.”

Meanwhile, she worries for patients in hospital, and those who to be admitted in the days and week ahead: “We will be unable to continue our usual level of care for many conditions beyond COVID in the upcoming weeks [and] months. And a lot of health-care workers and hospital staff are already feeling exhausted and honestly grim.

“We’ll do our best of course, but we know it’ll not be the level of care we want to give, and people are honestly scared.”