Until this week it would have been difficult, if not impossible, for me to conceive of a situation in which I found myself siding with the Muslim Brotherhood.

I’m opposed to political Islam in general. And Mohamed Morsi, the Muslim Brother who — until he was ousted in a coup this afternoon — was president of Egypt, has done a disastrous job running the most important country in the Arab world. Security has deteriorated and the economy has collapsed. Religious minorities are threatened and killed. Free speech is restricted. In a telling incident, television satirist Bassem Youssef was jailed for insulting Morsi and showing contempt toward Islam.

All religions are fair game for mockery in a healthy democracy. And Morsi deserves to be insulted. He was a sad sack of a president. But he was the legitimately elected one. How he got to that place is remarkable.

The Muslim Brotherhood is the womb from which so many modern Islamist groups were born. Hamas in the Gaza Strip is an offshoot. In Egypt, it was blamed for assassinations and violent plots, and banned for decades.

And yet despite this history, it became more moderate and democratic. It rejected violence and accepted democracy. Following the revolution that overthrew former president Hosni Mubarak in 2011, it contested Egypt’s first free presidential election through a newly-formed political wing, the Freedom and Justice Party, and won.

There are many Egyptians who believe all this was simply a tactic to achieve power, that once the Muslim Brotherhood achieved political dominance, it would never willingly relinquish it.

“How could he be committed to democracy?” Walid Kazziha, a political science professor at the American University in Cairo scoffed when I asked him about Morsi last fall.

He might have been right. Certainly the enhanced powers Morsi gave himself last year suggest a man who isn’t interested in democratic checks and balances. Non-Islamist Egyptians felt that their views were scorned when Egypt’s new constitution was drawn up. They worried what their future might be in a Muslim Brotherhood-run Egypt.

For these reasons, and many others, those Egyptians protesting Morsi have every moral right to do so. I share their outrage and desire to see Egypt governed differently. Were I an Egyptian, I would be in Tahrir Square.

But I part company with those among them now rapturously cheering the military as it removes an elected president from power. Those backing this process owe it to their fellow citizens to ask and answer a few basic questions.

Who has greater authority than Mohamed Morsi, who received more than 50 per cent of the vote last year, to govern Egypt?

The answer is no one. Egyptian liberals and secularists and others opposed to political Islam did a lousy job organizing for the 2012 vote and got crushed. The vote was fair. Morsi, whether they like it or not, has a mandate.

What do you expect his supporters to do now that their democratically expressed will has been ignored?

I’m pretty sure they won’t go home quietly. But even if, after several weeks of bloody street clashes, a calm of sorts is restored, then what? The Muslim Brotherhood came in from the cold and accepted democratic politics. Now they’ll quite reasonably conclude this was a mistake and act accordingly. As Ed Husain points out, this lesson will reverberate across the region, where Egypt is seen as a test case for Islam’s compatibility with modern governance.

What prevents further coups, and why will they be any less legitimate than this one?

The number of people filling the streets of Egyptian cities is astounding. Will similarly large crowds legitimize overturning future election results? How many protesters, exactly, will it take? What if those demonstrating are Islamists? Or is the army’s support necessary? Why bother with elections at all if power is settled on the streets? This coup sets a dangerous precedent.

Last night I tweeted a message to Egyptians: “Sometimes democracy means living with your mistakes until the next scheduled election.” I took it down ten minutes later because I couldn’t stomach lecturing Egyptians, many of whom have suffered far more for democracy than me, on what democracy is about.

But the message was true. Morsi should go. Those who want to replace him need to get themselves elected — not installed in the presidential palace at gunpoint. 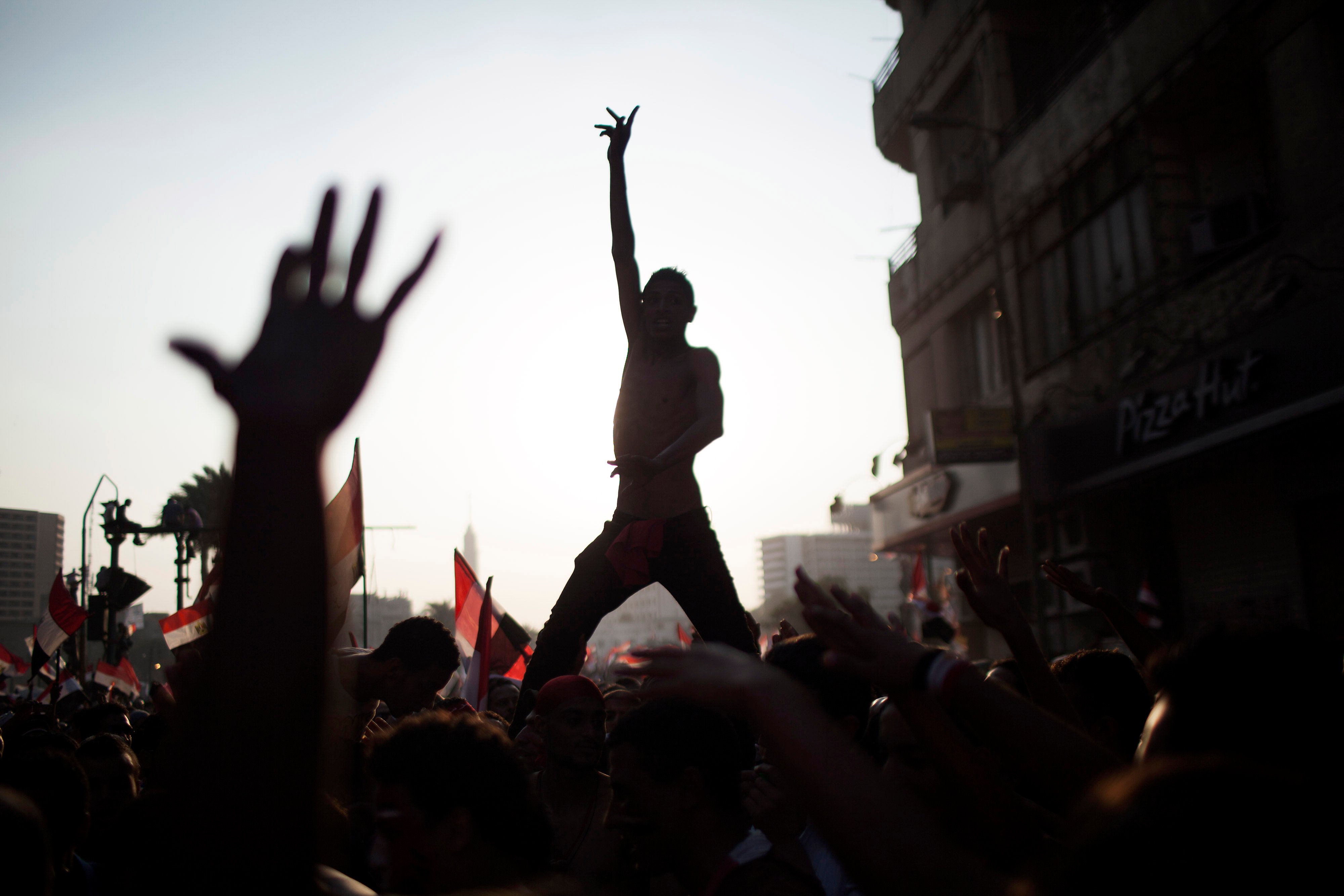