The secret graffiti on Parliament Hill

Hundreds of lucky Canadians have marked their visit to the top of the Peace Tower by signing their names. Why that shouldn't make you freak out. 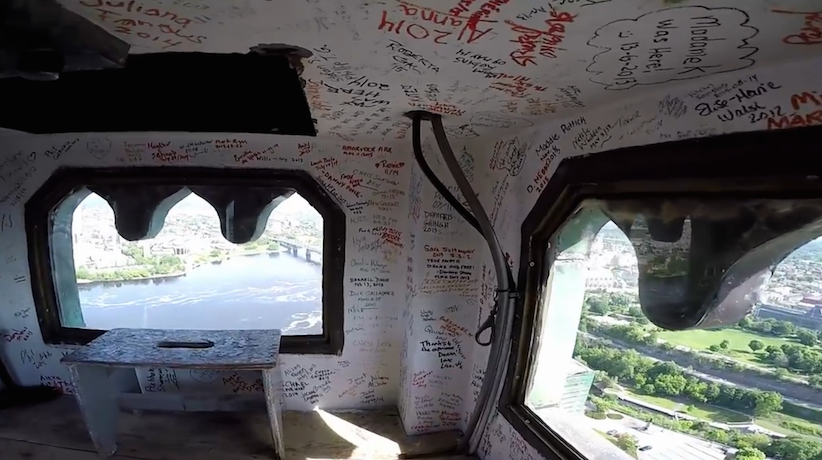 It’s a breathtaking view of the nation’s capital that a select few have experienced. And if you work on Parliament Hill, or know the right people, there’s a slim chance you might one day be allowed to enjoy it, too.

With its small, crown-shaped windows that overlook downtown Ottawa and across the river into Gatineau, Que., the cramped upper chamber of the Peace Tower—at the apex of the steeply pitched roof, immediately below the soaring flagpole, where flagmaster Robert Labonte runs up a new Maple Leaf every day—is not part of any official public tours. Yet, somehow, the cubby hole’s walls and ceiling are festooned with red- and black-inked signatures and giddy proclamations. “We made it up here!” reads one. “Karim the Dream,” says another.
a
The signatures are clearly visible in a video published today by Maclean’s as part of the magazine’s “What it feels like to be Canadian” video series for Canada Day.

Who are these people and how did they get up there? A spokesperson for Public Works and Government Services Canada (PWGSC) says a handful of visitors have been permitted to ascend farther than the Peace Tower’s observation deck over the years, but the area is “not suited to general access, as the space is cramped and accessed by steep, ladder-like stairs.” As for who gets to go, Public Works says it decides on a “case-by-case” basis, and past visitors have included politicians, contractors, parliamentary tour guides and federal employees—all of whom are under strict “health and safety supervision by a PWGSC employee.”

There also appear to be several regular Canadians, albeit with fortuitous connections to the right people, who have made the climb. Victoria Oosterveld, from London, Ont., says she visited the upper chamber back in 2013, when her boyfriend, Jonathan Cameron-Arthurs, a member of the Canadian Armed Forces, was performing ceremonial guard duties in Ottawa and got to know a security staffer on the Hill. 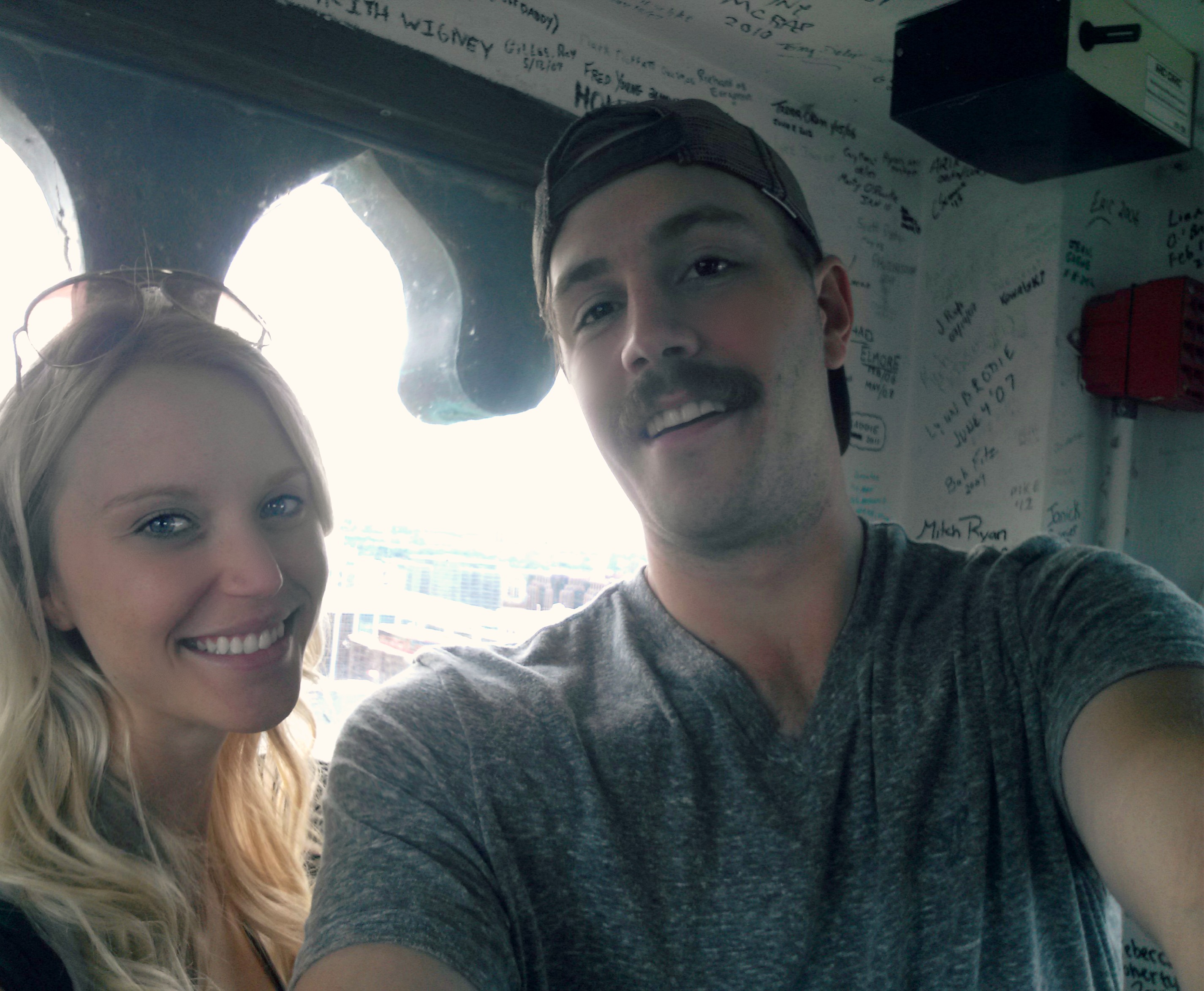 When she reached the upper chamber, Oosterveld recalls seeing the names of comedian Rick Mercer and hockey legend Wayne Gretzky scrawled on the walls, and didn’t hesitate to print her own name on the ceiling in big, bold letters. “There were obviously very few who had the privilege to go up there, so we decided to add our names to the collection,” Oosterveld recounted in an email. “I guess you could say the excitement took over, which explains the large font.”

Similarly, Elise-Marie Walsh, who works as a massage therapy manager at the nearby Westin hotel, signed her name at the top of the tower during a 2012 visit that began with a look at the waste-diversion program in the building’s bowels. The tour was arranged by the Hill’s engineering staff, who knew the head of engineering at the hotel. “[We] ended up touring in all of the places that the general public are not allowed to go,” Walsh says. In addition to the tower’s highest room, that included the area behind the clocks and the carillon, a 60-ton, 53-bell instrument that’s played with an organ-like keyboard. “One of our group even got to change the flag, which, as I understand, fewer than 50 people have been able to do.”

At first blush, granting random Canadians special access to off-limits areas of the country’s most important building seems out-of-step with our security-obsessed times. In the wake of gunman Michael Zehaf-Bibeau’s harrowing attack on Parliament Hill last fall, some were even calling for U.S.-style security checkpoints to be set up outside the Centre Block’s front lawn—long a popular public gathering place. There will also, inevitably, be those who will say it’s unfair that some lucky Canadians are given special access to a public building, while others must settle for the regular tour.

Yet, there’s something to be said for having a few quirks left in the system. Just as commercial flight lost a bit of its magic on the day kids were prevented from seeing the cockpit (another ad-hoc arrangement that was usually made at the discretion of the captain), barring everyone but staff from the Peace Tower’s upper chamber threatens to make Canada’s historic Parliament buildings that much less special. And it’s not as though it’s the only place on Parliament Hill where a select few have sought to etch their names into history. Walsh, for one, says she also signed her name inside the Library of Parliament in an area near the roof that’s also technically off-limits to the general public. There are also several signatures underneath the marble that surrounds the Centennial Flame, according to Public Works. They belong to the workers who refurbished it in 2006.

In an age when voter apathy has become a dominant theme of every federal election, it’s refreshing to see visual evidence of citizens so enamoured with the the bricks and mortar of Canadian democracy that they would jump at the chance to make that big climb. As for anyone worried about the iconic building being defaced from the inside out, they can take solace in the fact that the graffiti won’t be around forever. The oldest signatures appear to date from 2004—right around the time the room received its last fresh coat of paint.