The RCMP, the C8 and Moncton: The Commissioner responds 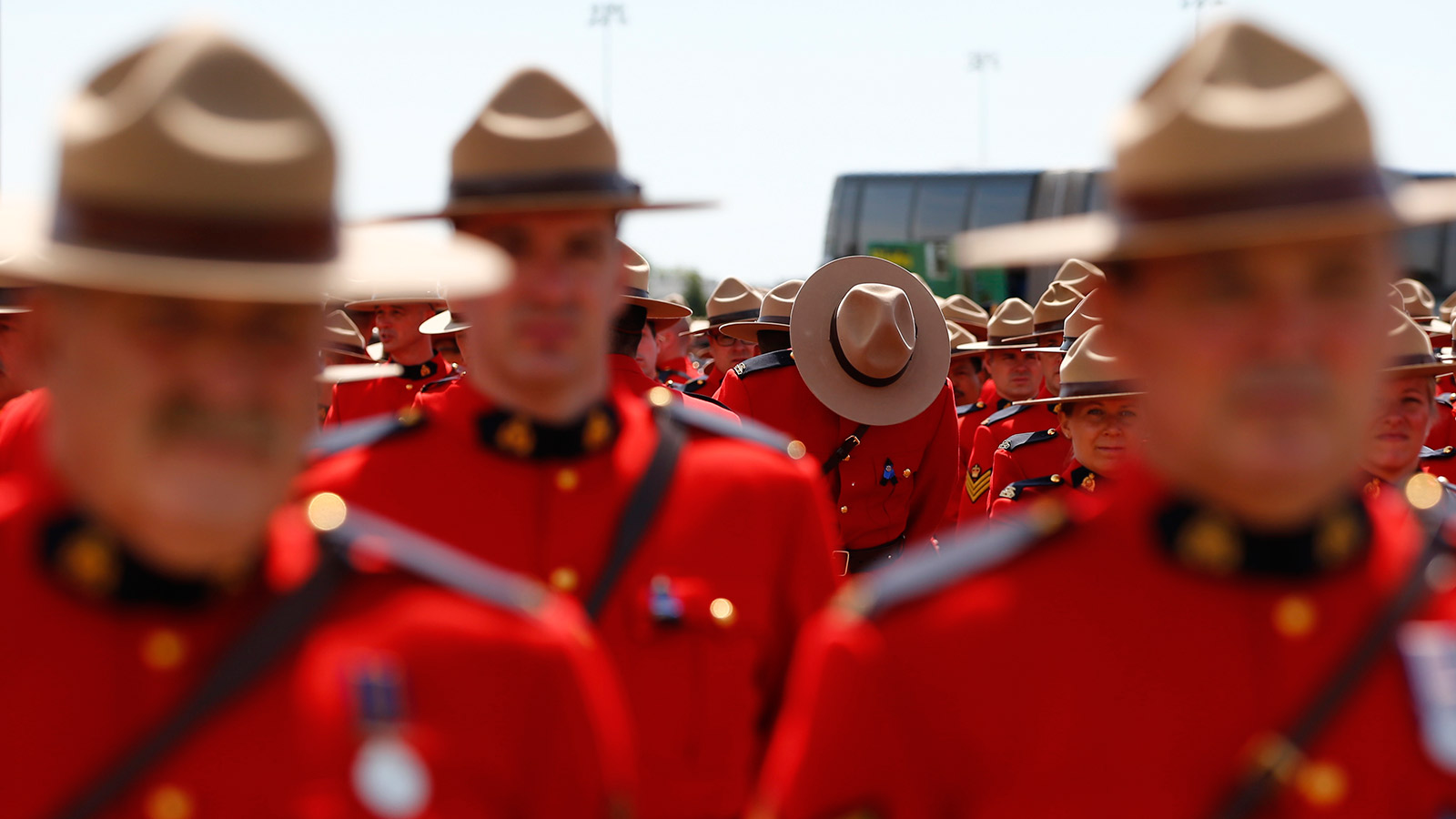 The RCMP “knew instinctively” that it needed patrol carbines for its uniformed officers, long before the tragedy in Moncton, N.B., yet had to amass its own evidence and analysis before acquiring the guns, says the head of the force.

Commissioner Bob Paulson made the remarks Friday in an email to all RCMP members that addressed criticism appearing in the current issue of Maclean’s—namely, that the force has been slow to adopt a tool that police departments throughout Canada and the U.S. have been using for years.

The carbine is a short-barrelled, lightweight assault rifle that allows police to engage armed and dangerous people from greater distances, with greater accuracy, than their standard-issue pistols and shotguns.

It’s become a focus of heated debate within the RCMP since the Moncton shootings, as some officers wonder whether access to the guns might have changed the dynamic between the gunman and the members who responded. The Mounties first considered getting patrol carbines back in 2006, in the wake of the tragedy in Mayerthorpe, Alta., but took another six years to get the first Colt C8s into the cars of general duty officers.

The commissioner’s personal part in the process has come under scrutiny. Back in 2010, he set aside an RCMP commissioned study, which recommended that all uniformed officers be equipped with carbines. In his note to officers (full text at end of this post), Paulson says the report:

. . . fell far short of the requirements that had been plainly set out in the statement of work. Sure, it said everybody thinks we need a carbine, we knew that. Sure, it said hurry up and get it into the hands of the front line member. That’s what we were trying to do. What the report didn’t do was to produce an objective, evidence-based analysis of our need that would position us to acquire and deploy the carbine in our reality.

The author of the report is Darryl Davies, a lecturer at Carleton University’s criminology department. He has responded angrily to both the rejection of his report and to the commissioner’s Friday email, noting that the report he submitted was a draft that he was never invited to revise.

Davies also says he was subsequently thanked for his efforts by a senior deputy commissioner, Rod Knecht, who found no fault with it.

I can understand that making such a transition can take time, but my report was provided to the RCMP four years ago. The question remains, in this day and age, why is Canada’s national police force still behind the times when it comes to equipping their officers with patrol carbines? Police agencies across Canada took these steps years ago. My report addressed a major flaw in the RCMP’s firearms technology and capability, and today, we are still not much further ahead in this area.

It has, in short, become something of a personal to-and-fro, and it must be said that even if Paulson had wholeheartedly endorsed the Davies report, he’d have advanced the rollout of the C8s by little more than a year. To put that in perspective, the main impetus for the program, the Mayerthorpe shooting, took place in March 2005.

But officers I’ve spoken to say that’s precisely the point. They believe there was a mass of evidence and experience justifying the use of patrol carbines available before 2010. To them, the delay bespeaks a ponderous approach to pressing safety issues that permeates the force to this day.

Moreover, several who are closely familiar with the C8 noted that training for so-called “active-shooter situations,” and the funding for such training, could be as relevant to the Moncton tragedy as the presence or absence of the patrol carbines. As one put it to me this morning, “I could give you the best construction tools in the world, but that wouldn’t make you a master carpenter.”

Either way, they want the air cleared. And since they’re prohibited under regulation from publicly criticizing the force, they want an independent inquiry into the Moncton case, where they can testify without fear of repercussion. They also take exception to the commissioner’s suggestion that raising these questions now is tantamount to disrespecting the memories of the fallen officers, Douglas Larche, Dave Ross and Fabrice Gévaudan.

For the record, we did seek the commissioner’s personal response when researching this week’s story. Assistant Commissioner Byron Boucher spoke in his stead.

There is a Maclean’s article this week that is very critical of the Force, and me in particular, for the manner in which we rolled out the carbines in the context of recent events in Moncton and the murder of our three colleagues.

It’s important for me, for you, for the Force to understand the factors which have contributed to these deaths. That’s why I asked for an immediate review of the circumstances which gave rise to this tragedy: so we can learn and adjust quickly. I’ve written you already about retired A/Commr. Phonse MacNeil’s ongoing review. It’s also why the Employment and Social Development Canada Health and Safety Officer and the RCMP internal Hazardous Occurrence Investigation Team investigations were initiated.

This Maclean’s article though, is not a fair representation of what has happened.

A lot of people in the Force have worked long and very hard to properly get us to where we are in the rollout of these weapons. I maintain that it is a shallow and easy analysis of these murders to link them to the absence of the carbine in the way some people are doing.

From the outset, our strategy for the selection and acquisition of a carbine was framed to do it on a foundation of reliable evidence-based analysis of our needs.

We all knew instinctively we needed to acquire a carbine, but we needed to objectively demonstrate our need and document our analysis.

We were working on this well before the Mayerthorpe Inquiry recommended we get one. We knew that the addition of another deadly-force option, at a time when we were being condemned for our CEW and broader use of force practices, would require a careful and formal analysis of the need for the carbine, together with the creation of precise policies on its use, its distribution and training.

It is insufficient these days to simply say “everybody said we needed them therefore we got them.” That’s why receiving the Davies report was so disappointing. It was submitted late and fell far short of the requirements that had been plainly set out in the statement of work. Sure, it said everybody thinks we need a carbine, we knew that. Sure, it said hurry up and get it into the hands of the front line member. That’s what we were trying to do. What the report didn’t do was to produce an objective, evidence-based analysis of our need that would position us to acquire and deploy the carbine in our reality.

It did not provide the critical analysis that the Force and our members would need to defend against criticism for its use when, ultimately, it got used. I was disappointed and in June 2010, I wrote Mr. Davies and told him so.

But just because I was disappointed with this deficient report doesn’t mean we stopped or abandoned the project. To the contrary, we had already engaged Defence Research Development Canada by this time in an effort to do the proper analysis and, ultimately, this allowed us to move forward, identify the Colt C8, and put it in our inventory.

We developed reasonable training standards in line with nine of the 18 Canadian Police Services we studied. We prepared policies, procurement plans, maintenance, risk assessments and a host of other processes and systems that had to be in place. We succeeded in getting the first carbine out the door in 2013.

Yes, we have been carefully deliberate in the rollout and yes, it may be that some aspects could have gone quicker, but we currently have 1,330 out there, another 219 arriving in October and more coming.

It’s easy to second-guess and criticize from the sidelines. Sensational really, especially after the murder of our members, to say “I told those guys to buy the carbines in 2010 all at once and get them out there.” But that isn’t reasonable or practical. Frankly, these claims are consistent with the kind of analysis we were provided in the deficient report in the first place.

My purpose in writing today is not to be defensive; if there are things we need to change, we will. I just want to balance the criticism in the Maclean’s story with reality. I’m not opposed to criticism, I welcome it. I just ask that it be accurate and factual.

All that said, none of it helps our departed members, Doug, Dave, Fabrice or their families. I ask you not to disrespect their service and their sacrifice by unfairly and prematurely judging how or why they died. Let’s get an analysis of what happened and make our decisions and judgments on the back of evidence.