The search for Anne Frank's betrayer 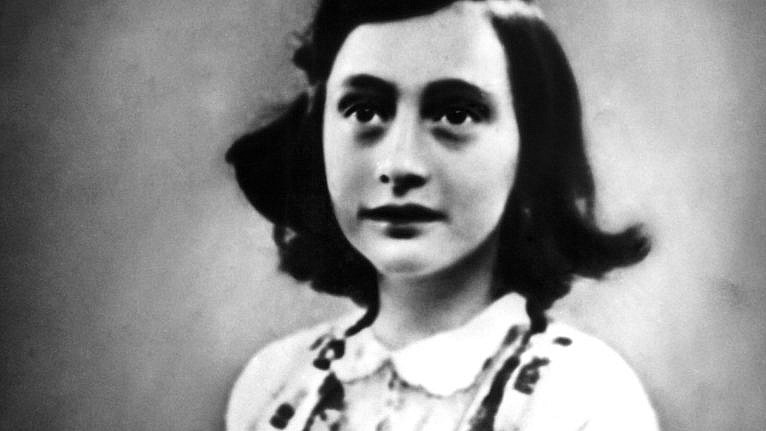 Frank hid with her parents and sister, along with four other Jewish people, for two years before being discovered in 1944 and sent to Auschwitz

No individual story of the Holocaust is as famous as that of Anne Frank, the Jewish teenager who hid from the Nazis with her family and friends in an Amsterdam attic for more than two years. The world at large knows her story because of the remarkable diary she left behind, a vivid outpouring of fear and hope, dreams and frustration, often expressed with heartbreaking poignancy; its most famous words are, “in spite of everything I still believe that people are really good at heart.” The hardest part of reading Anne’s diary, first published in 1947,  is “that she wrote looking hopefully towards the future, and we know how badly it ends,” says prize-winning Canadian biographer Rosemary Sullivan, author of the just released Who Betrayed Anne Frank?

Somehow, the Nazi authorities learned of the secret annex. On Aug. 4, 1944, a German officer and his Dutch police collaborators took the occupants and two of their non-Jewish “helpers”—as historians loosely group those who provided the “hiders” with food and other supplies—into custody. The Jews were all sent eastwards to death camps, on the last such train from the Netherlands to Auschwitz. Of the Frank family, only the father, Otto, survived the war: mother Edith died of starvation in Auschwitz in early January 1945; two months later, daughters Margot, 19, and 15-year-old Anne, died of typhus in Bergen-Belsen.

In Holland, the question of “who was responsible?”for the betrayal of the Jews hiding in the annex is the most frequently asked question at Anne Frank House, the museum established in the building that once sheltered the Franks. It’s a question that Sullivan’s book, the culmination of a multi-person, six-year dive into the massive historical record, answers convincingly if not beyond all doubt: The betrayer was likely a fellow Jew, a prominent Amsterdam notary named Arnold van den Bergh. But it is also a question that transcends individual victims, perpetrators and events, as both the Dutch citizens who launched the cold case and Sullivan agree.

Q: What was the genesis of the new investigation?

A: These two Dutchmen, friends—filmmaker Thijs Bayens and Pieter van Twisk, who’s a journalist—had decided they would take the question. One of the motives was the feeling that the Netherlands had never faced up to the legacy of the war. Ten per cent of the Dutch were resisters and 10 per cent were Nazis and fascists, with 80 per cent just trying, as [people] did everywhere, to keep their heads down. What puzzled Pieter in particular was how a country that had in effect been the birthplace of liberalism went on to deport 72 per cent of its Jewish population, almost double what other countries in Western Europe did. That, they thought, had never really fully been faced. Thijs also felt that in the Netherlands—which in the 1960s and ’70s had been, for our boomer generation, a place of real freedom, where you could smoke up and whatever—tolerance is being eroded rather swiftly by the rise of the right. He wanted to look at the anti-Semitism of the war era and the xenophobia of the present.

Q: It grew from there because publishers, who provided most of the funding, became interested?

A: Because there had been such a complicated history under the occupation, with a number of Dutch police compromised, Thijs and Pieter decided to look for an external lead for the investigation, who they found in Vince Pankoke, a former special investigator for the FBI. Then they took on forensic analysts,  historians, profilers—23 full-time people, all told. They were able to feed all the documents—which are spread all over, not just in Holland, but the U.S., Canada, Britain, other European countries—into an AI program that Microsoft made for them to find links between people and dates, etc. A huge big-data investigation.

Q: How did you get involved?

A: The head of HarperCollins’s Harper Division in New York, Jonathan Burnham, suggested me as a possible writer. I had worked with them before on Second World War books, including Stalin’s Daughter. I did talk to Thijs and Pieter at some length before I agreed, but the fact the book would be a portrait of the Netherlands to a degree and I was to make the hiders, helpers and suspects surface from the page—make them real people—pulled me in.

Q: By 2019, the investigation was down to four possible suspects. Three were figures frequently suggested over the years as potential betrayers. Who were they, and what were the deciding factors that ruled them out?

A: There was Ans van Dijk, the Jewish informant responsible for many deaths among Jews and Resistance members, who was executed after the war. But she wasn’t in Amsterdam at the time. There was greengrocer Hendrick van Hoeve, who could have been coerced into exposing the hiders in the annex, but again the issue of timing was off—he was arrested by the Germans well before the betrayal in August. Had he given away the hiding place of eight Jews, he would likely not have been arrested. And then there was Nelly Voskuijl, a Nazi collaborator who was sister to one of the Franks’ helpers. But in her case, as also in van Dijk’s, there is reason to believe the betrayer was a man. There were hints over the years, mostly ignored, that Otto Frank knew who the betrayer was and kept that knowledge secret, except for telling Miep Gies, who was closest to him among the helpers. She let it slip in 1994 that the betrayer was a man who had died before 1960. As one Anne Frank biographer put it, the issue is less a mystery unsolved than a secret well kept.

Q: The cold case investigators decided it was most likely the fourth suspect who had betrayed the Franks, a man never before thought to be involved. How did his name arise and what established his responsibility?

A: Arnold van den Bergh was identified in an anonymous note which Otto received in the summer after he returned to Amsterdam from Auschwitz, naming the person who betrayed the address of the hidden annex. [Former FBI agent Vince] Pankoke first read of the existence of this note in the files of detective Arend Van Helden, who led an investigation into the betrayal in 1963. Van Helden said that Otto informed him that he’d given the original note to a Dutch notary but made a copy, which he handed to the detective. Tracking down Van Helden’s son, Vince was able to retrieve the copy. Various forensic tests confirmed that this was the original copy made by Otto in 1957. From this intriguing detail, the cold case team followed the trail of van den Bergh, and learned that there was no record of either him or his close family members being held in a concentration camp, although he was well-known for working with a committee helping Jewish refugees from Germany before the war. The question of how he secured his freedom began an investigation that eventually led to the belief that he was the one who gave addresses (but not names) to the Nazi command in exchange for the freedom for himself and his family.

Q: Small wonder Otto Frank couldn’t stand to live in Amsterdam again, a city he called a place of friendship unto death (referring to Miep Gies) and betrayal, given that van den Bergh was Jewish himself.

A: When I think about the helpers, the five people who literally put their lives on the line for the hiders, I have to say they were almost always people without children. That makes me pause when I think of van den Bergh, you know: how do you not protect your children? There was nothing dirty or corrupt about him, like some of the informants who were after the bounty money the Germans paid. He was trying to save his family, and made a terribly tragic decision that was impossible to come out of correctly.

Q: In a story full of ironies that is the cruellest: Arnold van den Bergh was determined to save his family, no matter what that entailed, from what the Nazis would do to them. And he succeeded, at the cost of Otto Frank’s family.

Q: In regards to then and now, you call the Netherlands in 1940 “a petri dish,” a time and place to see what happens to people who had freedom and lost it. Do you see any current petri dishes around us now?

A: You can’t watch American media without anxiety about the divisiveness in the United States. Especially after what I realized writing this book—that war begins long before it erupts in violence. An extraordinary 1943 document from the U.S. Office of Strategic Services I saw analyzed the modus operandi of Hitler: never admit a fault, never accept blame, concentrate on one enemy, blame him for everything. So you create conspiracy, defamation, lying, hyperbole, and they become vehicles, acceptable vehicles of power. That sounds awfully familiar to me. The rhetorical violence paves the way for the actual violence.