The search for Franklin continues—quietly

With rare calm waters in the Arctic, the conditions are ripe for another big discovery out of sunken HMS Erebus 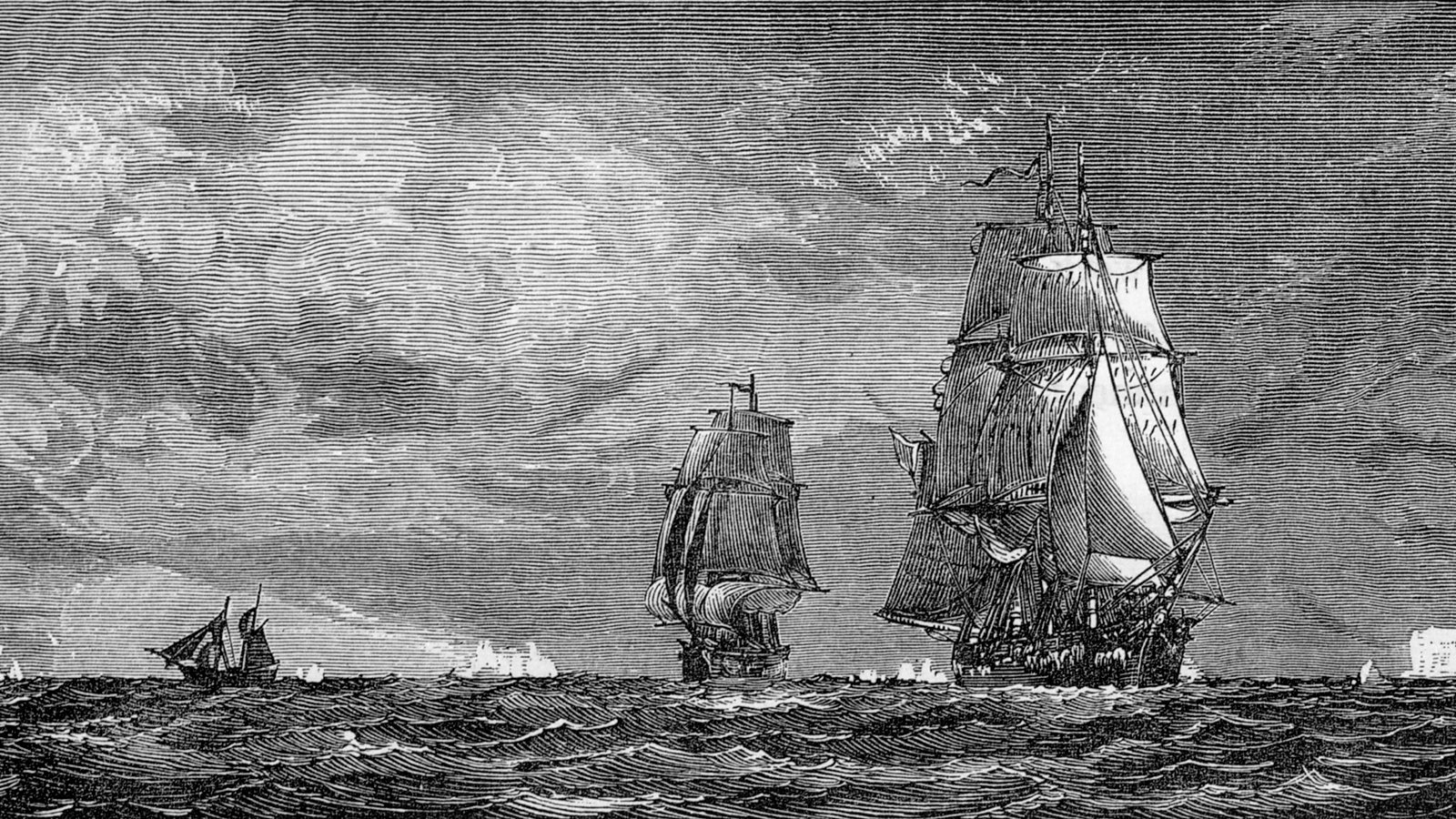 If last year’s historic discovery of HMS Erebus, one of two ships belonging to the lost Franklin expedition, swung Canadians’ gaze northward, the federal Conservatives seem content to let this summer’s ongoing exploration of the 19th-century ship fly well under the radar during an election campaign. And that probably suits Arctic researchers just fine.

With little bad weather and no ice to disrupt their efforts, six Parks Canada divers spent the past several weeks poking around the wreck of Erebus in the unusually placid waters of the Queen Maud Gulf. As of Wednesday, the underwater archeologists have so far completed more than 100 individual dives on the nearly 170-year-old shipwreck, according to a Parks Canada spokesperson—far more than anticipated by this point. “It’s been very calm, which is extraordinary for the Arctic,” adds Adrian Schimnowski, the operations director of the Arctic Research Foundation, which is supplying the specially outfitted fishing trawler Martin Bergmann that’s being used as a base for dive operations. “The crew has mentioned many times that the water is so clear the wreck looks like it’s levitating [off the bottom].”

So far, Schimnowski says, the work has focused mainly on clearing hull and deck of seaweed—a task he compared to cutting the grass. Now, the divers will begin measuring and mapping the Royal Navy ship using video and photogrammetry techniques. Actual archeology, in other words. Artifacts recovered during previous dives through two metres of ice last April include a “six-pounder” cannon, dishware and a prism that was used to guide daylight into the ship’s dark interior. The ship’s brass bell was raised last September, shortly after the wreck was found. Schimnowski says it’s likely that more artifacts will be brought to the surface before the current expedition wraps up.

Erebus is one of two bomb ships that Sir John Franklin commanded into the Northwest Passage in 1845—an epic voyage of discovery that turned out to be a horrific trip to the grave for Franklin and his 128 men. Yet, despite search efforts that stretch back more than a century, helping to chart much of the Arctic in the process, all that had been turned up were a handful of grave sites, some human remains and a note that hinted at a horrific tale: Erebus and its sister ship HMS Terror were beset in ice off the northwest coast of King William Island beginning in 1846; Franklin and about 25 men died by the following year; the remaining men eventually abandoned the ships in desperate attempt to march to the Canadian mainland. Many are believed to have resorted to cannibalism before they finally succumbed to the brutal Arctic conditions.

The big breakthrough came last summer when a Parks Canada-led team of government agencies and private sector partners discovered Erebus in about 11 m of water amid hundreds of tiny, desolate islands in the eastern Queen Maud Gulf—pretty much exactly in the spot that Inuit oral history suggested it had sunk. A beaming Prime Minister Stephen Harper, who saw Franklin as a way to assert Canada’s Arctic sovereignty as the sea ice melts and shipping channels open up in the Northwest Passage, announced the historic find at a press conference in Ottawa, making headlines around the world.

By contrast, the 2015 archeological work on Erebus has been much more low-key. Harper cancelled his annual northern tour to focus on the election and and the group previously charged with publicizing the endeavour, the Royal Canadian Geographical Society, is no longer a partner. Parks Canada announced the 2015 effort not with a press release, but a short Twitter message. But what this year’s search has lacked hoopla, it’s more than made up for in productivity. In addition to the fruitful dives on Erebus, a flotilla of ships has spent the last month combing the waters of the Victoria Strait with multi-beam sonar in search of Terror—a task made impossible last year because the waterway was choked with ice.

There’s potentially much more to come. Divers swimming around the hull of Erebus have peered inside holes to get glimpse of what awaits them as they carefully work their way inside. Among the artifacts spotted so far: bunk spaces where Sir John Franklin’s men would have slept, and remnants of the tables he and his men would have huddled around as they tried to survive three harsh Arctic winters.

Every insight, no matter how seemingly insignificant, fills in another tiny part of the Franklin puzzle. Hopes are high that divers will ultimately discover documents or early photographs, ideally contained inside wax-sealed tubes, that shed new light on one of the Arctic’s most enduring mysteries. Work is as slow and painstaking as ever, but conditions are nevertheless ripe for another big, Franklin-related discovery—even if few Canadians are expecting one.