Theresa May loses, even when she wins

Theresa May's Conservatives led in the polls, and were on course for a strong majority. They were a sure bet – until they weren't. 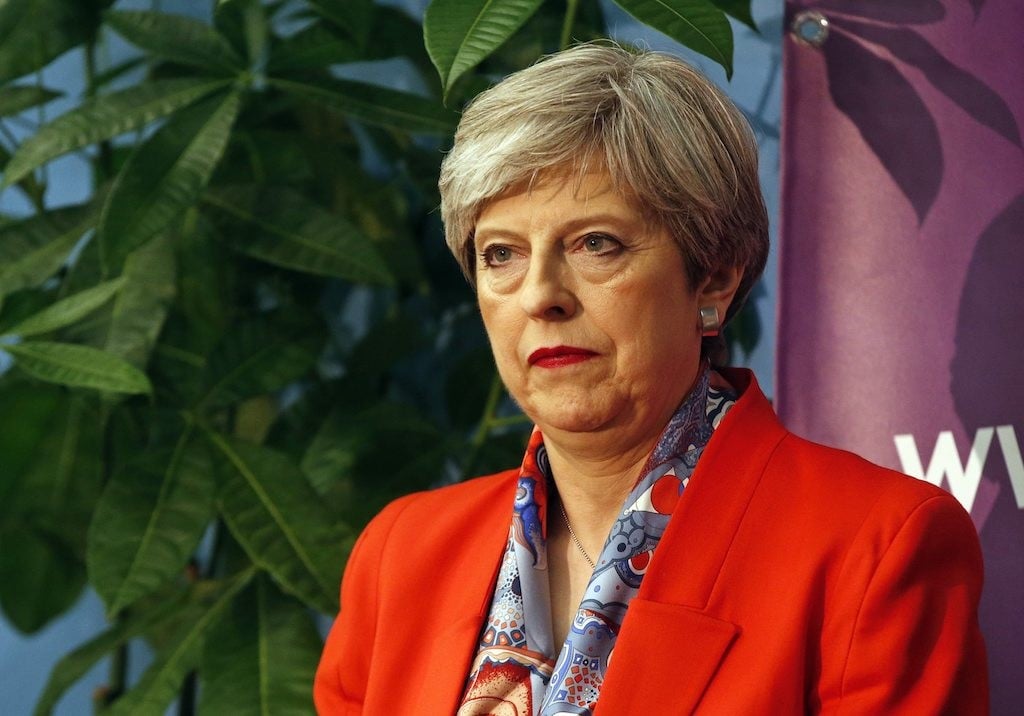 On a morning in mid-April, British Prime Minister Theresa May stood at Number 10 Downing Street and told the nation that “we need a general election and we need one now, because we have at this moment a one-off chance to get this done while the European Union agrees its negotiating position and before detailed talks begin.”

Whether it was an election Britain needed is still up for debate. What’s certain is that it was not one May, nor the Conservative party, did.

The exit poll that dropped as the polls closed indicated May’s Conservative party could end up losing the majority it had in the House of Commons only a few weeks ago. Even if the Conservatives may end up retaining their position as the largest party in the Commons, it will be a devastating result all the same. When the election began, the Conservatives enjoyed, by some counts, a lead in the polls of more than 20 points; May was favoured as prime minister over her main rival, Labour’s Jeremy Corbyn, by as wide a margin as 39 points.

“Since I became prime minister, I have said there should be no election until 2020,” May also said the morning she called for an election, “but now I have concluded that the only way to guarantee certainty and stability for the years ahead is to hold this election and seek your support for the decisions I must take.” It was a decision, she said, that she took reluctantly, but she was convinced Britain was in need of “strong and stable” leadership.

For both Britain, and for the Conservative party, what will come now will likely be just the opposite.

It appears as though, when faced with the question of Brexit again, Britons considered it settled and moved on to other issues—primarily social—for which May and the Conservatives were not obviously prepared.

Labour pushed a campaign motto, “For the many, not the few,” that fronted an anti-austerity, soak-the-rich, platform, promoted by a leader (Corbyn) who thrived whilst engaging with the public. May’s Conservatives, on the other hand, built a reputation early on of running a tight and insulated campaign—as removed from ordinary people as its policies were to prove to be. The latter was highlighted most egregiously by the “dementia tax,” a campaign promise to have elderly people with savings and property valued at more than £100,000 pay for their own old-age care and, if they couldn’t, have the cost deducted from their estate after their death. The party reneged the policy almost immediately. It was seen at the time as a shocking blunder; in retrospect, the episode may have been telling of the campaign more generally: that stability was not something this party was capable of achieving, right down to its own campaign literature.

“People don’t like the cult of personality and the apparent Stalinist control,” one former Conservative cabinet minister told the Financial Times last week, referring to the overall feel of May’s campaign. “The public can now see it and they don’t like it.” 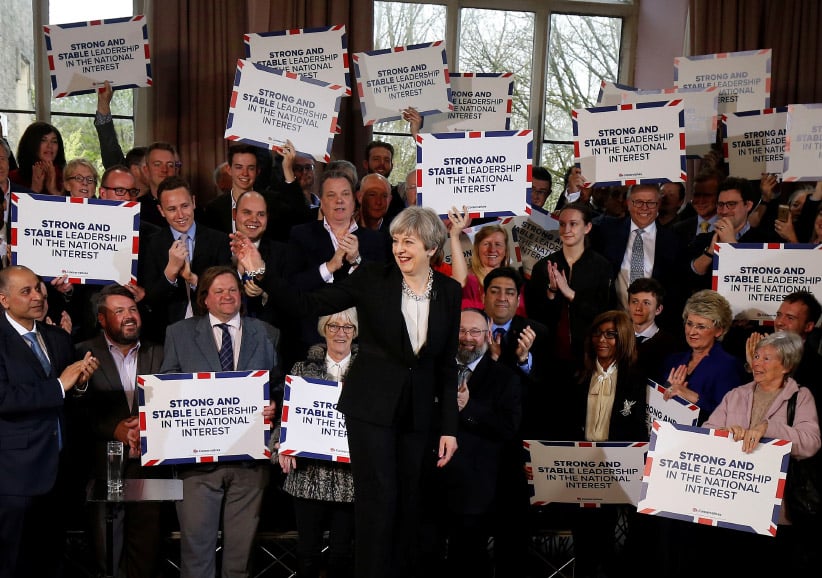 The two terrorist attacks that occurred during the campaign—first in Manchester, then last weekend in London—did not, as might have been expected, buttress the Conservative side. Rather than projecting the desired image of being strong and stable, May came under immediate scrutiny for her own record as Home Secretary under David Cameron’s previous government. It was during her tenure that the U.K. saw cuts to police funding, and a decline in officers—including, crucially, approximately 1,300 fewer authorized firearm officers between 2010 and 2016. In 2010, May’s opposition quickly reminded everyone, when police groups warned of the potential effects of cuts, she publicly admonished them for “fear-mongering”.

The idea upon which May had rested the entirety of her campaign—that she had the ability to make important decisions for the country—was by that time destroyed. And it was too late to recover.

In the end, the final result of this election could see the Conservatives with enough seats (or the ability to cobble together an informal, vote-by-vote agreement with other smaller parties) to present a Queen’s speech— that is, the Tories might still have the opportunity to govern. Even so, by May’s own standard, that’s not good enough. Britain, according to May only a few short weeks ago, needs a government with a clear mandate to move forward.

Which means it is likely we will see another campaign in the U.K. before too long. It also means that Theresa May is unlikely to be the leader of the Conservative party when that occurs. Corbyn, for one, has already asked for her resignation. And, in the early hours of Friday, as the scale of the Tory reckoning became obvious, current foreign secretary and former London mayor Boris Johnson was said to be preparing to challenge for leadership. And if he were to enter a leadership contest, he would be the odds-on favourite. On the BBC, Conservative MP Jacob Rees-Mogg gamely suggest May will still have caucus support going ahead, but it seems unlikely that such solidarity would last.

The leadership contest won’t happen immediately; there will, after all, be the business of figuring out who might be able to govern. But it will happen soon. Conservatives are said to be upset at being thrust (in some cases, against their better judgment) into a snap election, only to essentially lose it.

For May, the result will be deeply troubling. After all, she gambled on herself—and lost.