Dancing all the way to freedom

Following in the delicate footsteps of the great Mikhail Baryshnikov, who slipped away from his Soviet handlers during a ballet performance in Toronto in 1974, five Cuban ballet dancers appear to have defected to Canada following a performance in Montreal last month. Four are taking classes in Toronto with the National Ballet of Canada, while the fifth is in Montreal. Elier Bourzac, one of the lead performers of the National Ballet of Cuba, told the Montreal Gazette his reasons for leaving his troupe had more to do with artistic freedoms than escaping a Communist regime. It’s the same reason, virtually word-for-word, that Baryshnikov gave during his first post-defection interview at the height of the Cold War. 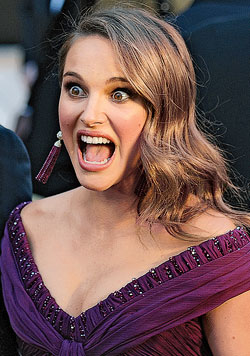 For more than 20 years, former French president Jacques Chirac avoided prosecution for misusing public funds in order to fuel his rising political star. Between 1977 and 1995, while mayor of Paris, investigators say, the 78-year-old misused city money, having 28 phantom jobs on the payroll at city hall. Protected by presidential immunity until the end of his second term in 2007, he will now be tried in the courtroom in which Marie-Antoinette was sent to the guillotine. If he’s found guilty, his sentence would be lighter: a fine, up to 10 years in prison, or a 10-year ban on holding office. For now, the trial is delayed by three months, following an objection from the defence.

A blow for reform in Pakistan

News that Shahbaz Bhatti, Pakistan’s only Christian cabinet minister, had been assassinated on March 2 hit Jason Kenney hard. On a visit to Ottawa in February, Bhatti had told the Canadian immigration minister he expected to be killed for advocating changes to Pakistan’s harsh blasphemy laws, which are used as a pretext to persecute religious minorities. Kenney told Maclean’s Bhatti even asked Canada to help his family when he was dead. In a strange twist, while Kenney was in Pakistan to attend Bhatti’s memorial service, his staff broke parliamentary rules by issuing a partisan fundraising letter on his ministerial letterhead—resulting in calls for Kenney’s resignation. 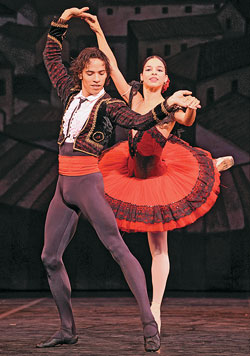 Natalie Portman can’t seem to win since her glowingly pregnant turn accepting the Best Actress Oscar for her role in Black Swan. In her speech, she thanked fiancé Benjamin Millepied for giving her the “most important role of my life.” Former presidential candidate Mike Huckabee accused her of glamourizing “out-of-wedlock” pregnancy, arguing “there aren’t really a lot of single moms out there who are making millions of dollars.” And feminists had a fit over her apparent readiness to put mother­hood ahead of career. Blogger Amanda Hess wrote, “It feels a little icky to use that moment to reinforce the primacy of a woman’s gender role.”

Prince Andrew faced criticism this week for gathering questionable acquaintances in his work as an unsalaried “special representative” for British international trade. The Duke of York is a frequent visitor to the home of Jeffrey Epstein, a super-wealthy American trader who went to jail in 2008 for soliciting underage prostitutes; U.K. tabloids printed a photo of Andrew with a 17-year-old “masseuse” at Epstein’s home. “Air Miles Andy” also faces scrutiny for ties to unsavoury dynasts from collapsed regimes in Tunisia and Libya, though a spokesman for PM David Cameron defended his work. Supporters argue consorting with gold-braided developing-world nasties is just part of the job. 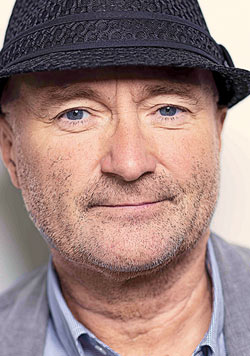 Much-maligned singer and former Genesis drummer-frontman Phil Collins said this week he’s calling it a day in a retirement announcement that embodied all the contradictions of his musical career. The creator of overplayed ’80s hits such as Sussudio, Collins is also a respected musician who’s collaborated with the likes of Brian Eno, the Velvet Underground’s John Cale and Beatles producer George Martin. In a self-deprecating interview with FHM magazine, he admitted, “It’s hardly surprising that people grew to hate me,” adding, “I’m much happier just to write myself out of the script entirely”—only to turn around and insist on his website he is still relevant (“This was proved with Going Back hitting No. 1″) and not a “tormented weirdo.” Surely he knows tormented weirdos get all the cred in rock ‘n’ roll.

We may, or may not, be alone

NASA scientists are questioning the claims of Richard Hoover, one of their own colleagues, who claimed to have found evidence of alien life in some decade-old meteorites. In a paper published in the Journal of Cosmology, Hoover claims to have discovered fossils that look like the remnants of bacteria, and concludes the life forms must have come from outer space. But several NASA scientists have pointed out Hoover is a solar physicist, not an astrobiologist, and that his findings weren’t peer reviewed, though the editor of the journal says he has subsequently asked 100 experts and 500 scientists to review the work. So where else could those mysterious fossils have come from? The most likely answer is Earth.

This week in Charlie Sheen

Charlie Sheen may have made “winning!” into a catchphrase, but Warner Brothers prefers the word “fired!” The studio that produces Two and a Half Men announced it was terminating the star’s contract, explaining in a letter to his lawyers that he was “engaged in dangerously self-destructive conduct.” Sheen already had a backup plan: over the weekend he launched “Sheen’s Korner,” an hour-long webcast about his own greatness. The show got 100,000 viewers (somewhat less than the 15 million who watched Two and a Half Men) and Sheen released a follow-up video calling it “a shameful trainwreck.” But he’s still “winning.” 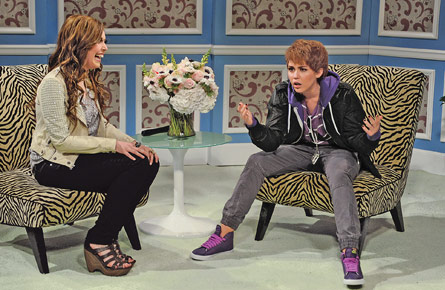 The rehabilitation of Miley Cyrus?
She hosted Saturday Night Live on March 5, dressing up as Justin Bieber and Lindsay Lohan, sang the song I’m Sorry I’m Not Perfect, quipping that her pole-dancing, bong-smoking scandals don’t compare to Lohan’s or Tiger Woods’s, and won SNL its second-highest ratings of the season—proving Cyrus doesn’t need Hannah Montana or sleazy outfits to be popular.

A mess made in Japan

Japanese Foreign Minister Seiji Maehara has resigned over accepting a political donation from a foreign national, adding to the impression his government is in shambles. In just over a year, the Democratic Party of Japan is on its third finance minister and second prime minister. Now, it will seek another foreign minister. Maehara had been poised to succeed PM Naoto Kan, who is facing pressure to step down after eight months on the job. This political uncertainty, according to Standard & Poor’s Ratings Service, will probably threaten economic growth and add to the credibility deficit engulfing the leadership of the island nation. 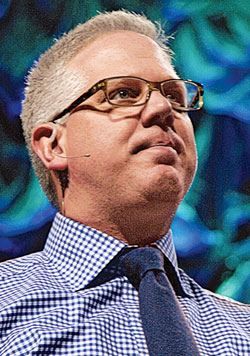 Polygamous sect leader Warren Jeffs says the U.S. faces an apocalyptic end, unless he’s released from a Texas jail. “I the Lord am soon to send the shaking of the Earth in a place in thy land not known as a usual place of violent shaking,” the self-proclaimed prophet warned Barack Obama in a petition that reads like a cross between The Book of Mormon and a Monty Python script. Jeffs faces a variety of charges in Utah, Arizona and Texas related to his multiple marriages to underage girls. The RCMP are also on his case following evidence that two 12-year-olds were smuggled into the U.S. from the community of Bountiful, B.C., in 2005 to be “celestial” brides to Jeffs, then 49.

Fox News may have finally reached its threshold for liberal conspiracy theories. There are rumours the network may drop Glenn Beck, the apocalyptic talk-radio and TV host, once his contract expires in December. Viewership of Beck’s TV program has dropped by nearly a third since last August when he mustered more than 100,000 people to his “Restoring Honor” rally in Washington. While Beck continues to boast more than two million viewers a night, the New York Times says Fox executives are concerned Beck’s fascination with sniffing out socialist plots against the American people is beginning to hurt the credibility of the network’s news operation. Which is no small feat.

Germany’s new interior minister, Hans-Peter Friedrich, made controversial comments about Islam during his first press conference. Asked about a Kosovar immigrant’s March 2 handgun attack in Frankfurt, he said Muslims were welcome in Germany, but added: “To say that Islam belongs in Germany is not a fact supported by history.” He urged Muslim immigrants to respect Germany’s “Western, Christian origins.” Islamic groups, church figures, and liberals denounced Friedrich, a low-profile Bavarian lawyer who became interior minister in a hasty shuffle after the country’s stylish, macho defence minister, Karl-Theodor zu Guttenberg, was found to have plagiarized his doctoral thesis. 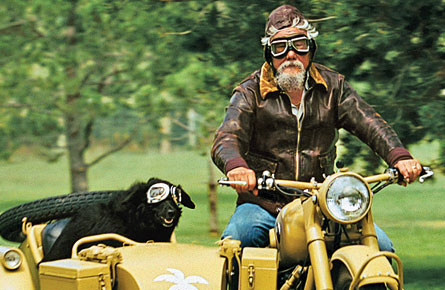 Eco-guru David Suzuki, 75, made his movie debut last weekend as a motorcycle-driving, pot-smoking eccentric. The short-reel movie Tora, co-written by Wendy Ord and Glen Samuel, premiered at the Women in Film Festival in Vancouver. Suzuki plays a guilt-ridden father who lost his daughter in a Japanese-Canadian internment camp during the Second World War—which must have hit close to home. As a child, Suzuki was interned with his family in the B.C. Interior, an event he has said scarred him for life. “He was a complete professional,” Ord told Postmedia News.