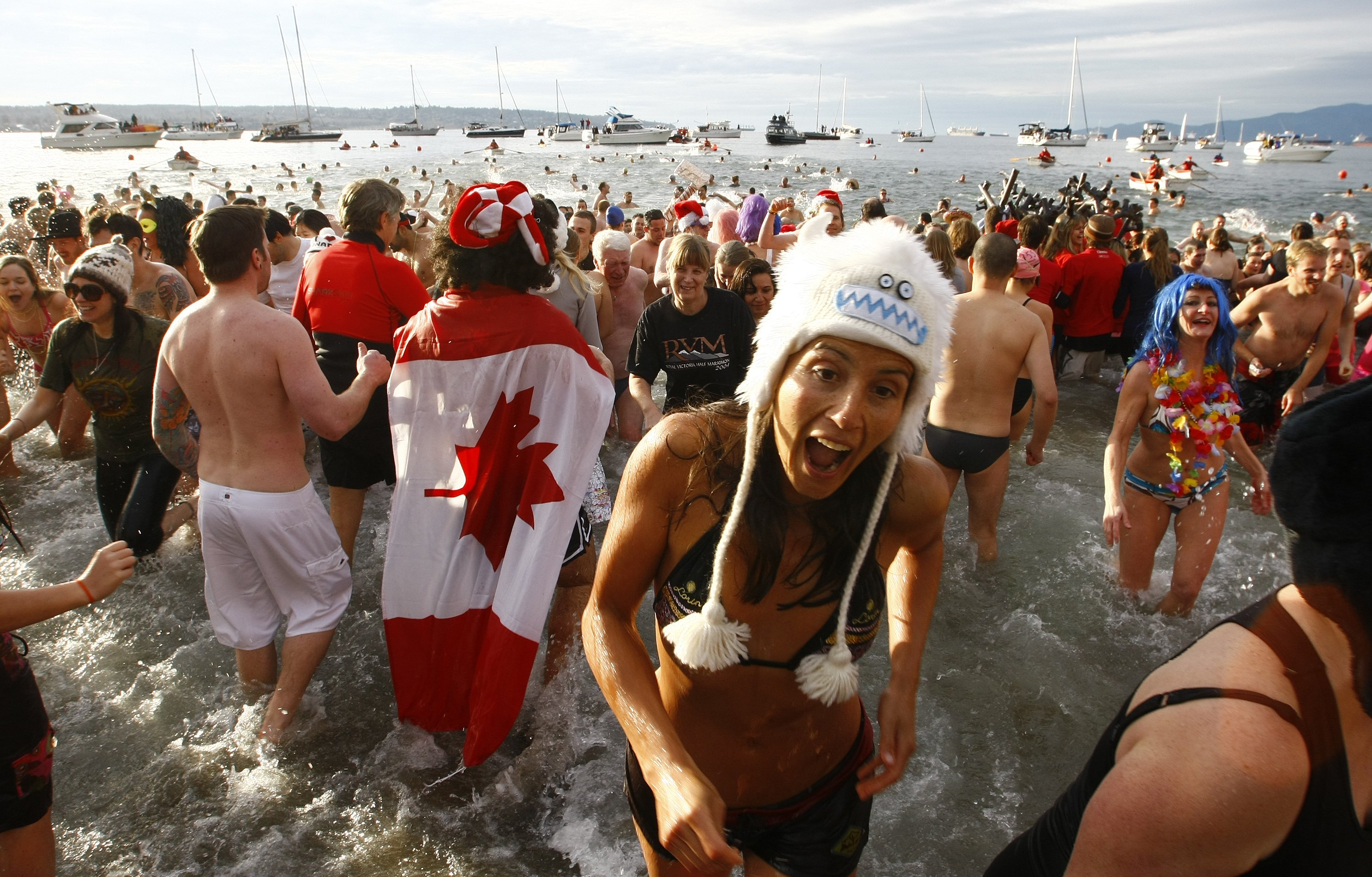 Canadians across the country are participating in a frosty New Year’s Day tradition — the polar bear dip.

Ten people braved freezing temperatures to leap off a snow-covered wharf into the frigid Atlantic in Portugal Cove, N.L.

In Nova Scotia, more than 130 people — some in colourful costumes — gathered to leap from a wharf under the watchful eye of members of the local fire department for the 22nd annual polar bear dip in Herring Cove.

People donned tutus and onesies as they plunged from the wharf in the small community just outside Halifax, where temperatures were hovering around -1 C on Friday.

Eighty-one-year-old Ernie Ross was first into the water, wearing salmon-coloured swimming trunks with the phrase “Happy 2016” written across his chest in black marker.

Organizers estimate 250 swimmers — one wearing a lab coat and riding a boogie board — entered the water during a polar bear dip at Britannia Beach in Ottawa, as cross-country skiers made their way through a nearby park.

Organizers of the 31st annual Courage Polar Bear Dip in Oakville, Ont., say they are hoping nearly 1,000 people will take the plunge into Lake Ontario on Friday afternoon.

The oldest Polar Bear Club in the country was founded in 1920 in Vancouver, and since then the tradition has spread. Vancouver’s club is still the largest, with more than 2,500 entries in 2014.