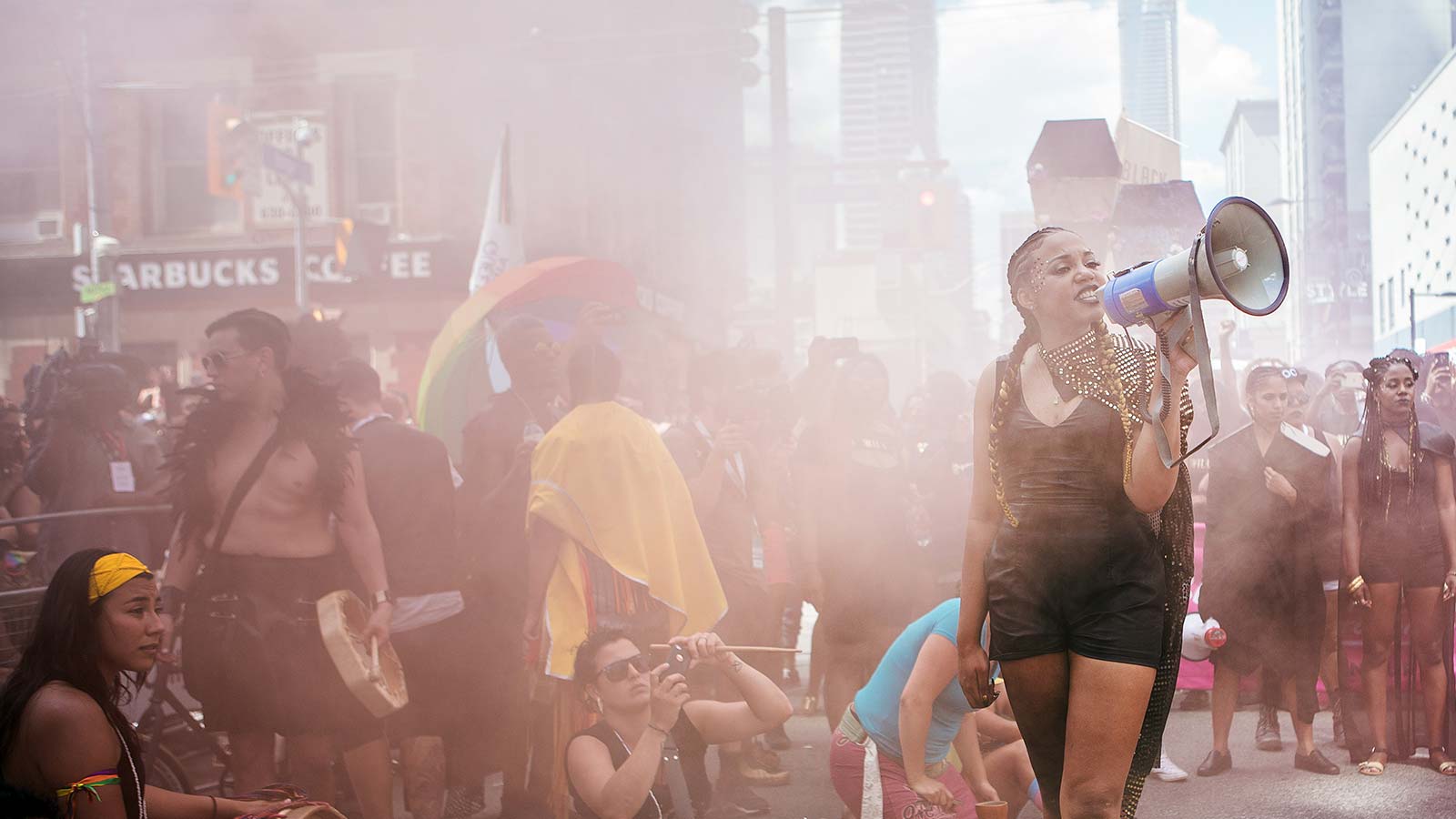 TORONTO – Amid mounting controversy over police participation in pride events across the country, a Toronto city councillor is calling for a municipal donation to Canada’s largest Pride parade to be cut after the event banned police floats from future festivities.

Coun. John Campbell said about half a dozen councillors so far agree that Pride Toronto’s annual grant request, expected in April, should be voted down until the city’s Pride parade returns to its “core principals of equity and inclusivity.”

“It doesn’t sit right with me and with other councillors that we issue this grant in view of the position that they’ve taken with respect to the police force,” he said Tuesday. “We need a certain level of equity and inclusivity attached to the issuance of grants for organizations.”

In an unexpected move at its annual general meeting in January, Pride Toronto adopted a list of demands issued by the Toronto chapter of Black Lives Matter, including banning police floats from the parade.

Members of the anti-racism group held a sit-in part way through the city’s annual Pride parade last July, stopping it from moving forward for about a half hour, until Pride organizers signed the list of demands. Black Lives Matter said it opposed police presence in the parade because it could discourage marginalized communities from participating.

“Black Lives Matter bullied Pride into making a decision that I don’t think was in the best interests of the city,” Campbell said.

Janaya Khan, co-founder of the group’s Toronto chapter, said the councillor did not understand race relations.

“What is missing is a real understanding of what it means to be a racialized person in this city, and the fear that exists in your body when you are around a police officer,” Khan said. “The institution of policing discriminates people based on race. We actually wouldn’t need to exist if city councillors were doing their job.”

The group’s goal, Khan said, is to create a broader discourse about public safety while creating a safe space for the black community involved in the parade.

Still, Pride’s decision to comply with Black Lives Matter’s demands was panned by some as a significant setback for police and LGBTQ relations.

In February, Toronto’s police chief announced that his force would not be participating in the annual event this year. Chief Mark Saunders pointed to divisions within the LGBTQ community as the primary reason for his decision.

Campbell said his objective is to get pride organizers and police talking again and working towards a more positive relationship.

In addition to the annual grant, worth about $260,000, the city foots the bill for about $750,000 worth of services related to the event, including policing, paramedics, transportation and waste collection. Those funds won’t be affected, Campbell said.

Pride Toronto executive director Olivia Nuamah said she can “barely speculate” on the impact of potentially losing the grant from the city.

Nuamah said the organization has worked hard to address the concerns of its membership.

“Our membership’s relationship with the police was spelled out as an issue,” she said. “We feel positive that we will find the right solution to the issues that have been brought up.”

Nuamah, who has been in her position for about six weeks, said her understanding is the police withdrew from the festivities in order to “minimize negativity” and address community concerns. She said police will continue to provide public safety throughout the festival.

Toronto’s Pride parade and festival, the largest in North America, is not the only LGBTQ event in Canada to be engulfed in controversy in recent months.

In Vancouver, where police have marched in that city’s pride parade since 2002, officers have been asked to show up in fewer numbers and leave their uniforms at home.

The Vancouver Pride Society made the request last month after the local chapter of Black Lives Matter asked the Vancouver Police Department to voluntarily withdraw from the march as “a show of solidarity and understanding'” because the presence of uniformed officers makes some minority groups feel unsafe.

Meanwhile, Halifax Regional Police said in early February that after considering the “national debate” about police involvement in such events, it would pull out of this year’s Halifax Pride parade