Marijuana producer Newstrike's CEO says partnership is not about marketing: 'this is a business partnership.' 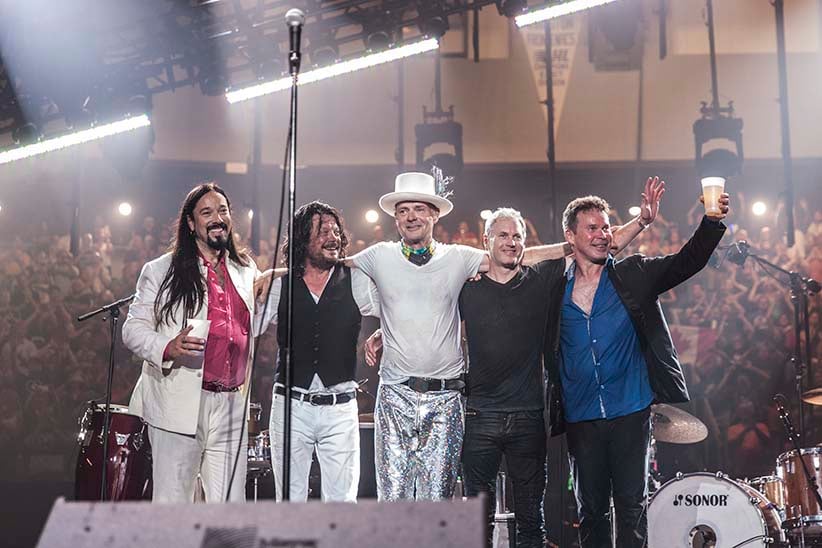 TORONTO – A soon-to-be publicly traded medicinal marijuana producer has partnered with the Tragically Hip in anticipation of the drug’s legalization and a burgeoning recreational market.

Newstrike, which will begin trading on the TSX Venture Exchange on Thursday under the symbol HIP, said Tuesday that it “believes we are developing the brand that adult consumers who choose to use cannabis will turn to.”

The proposed Cannabis Act unveiled by the federal government in April outlaws “any promotion, packaging and labelling of cannabis that could be appealing to young persons or encourage its consumption.”

The proposed law also prohibits “a testimonial or endorsement, however displayed or communicated” and “a depiction of a person, character or animal, whether real or fictional.”

The band declined an interview request. In a release, the group said it would be “contributing creatively” to the company and called the government’s legalization plans “common-sense-policy” and “a change for the best.”

The band said it likes Newstrike because “they’ve hired pre-eminent scientists and growers, developed large, well-structured sites and have the wherewithal and expertise to take this on.”

The Hip previously partnered with the Vineland, Ont.-based Stoney Ridge Estate Winery for wines named after its album “Fully Completely” and the song “Ahead by a Century.”

Newstrike would not comment on whether its partnership with the Hip was at all influenced by lead singer Gord Downie’s diagnosis with terminal brain cancer.

“We want to respect Gord’s privacy in the fight of his life,” said Allan Rewak, director of communications and stakeholder relations.

“Like a lot of people, we really trust and respect him. As much as I want to, we won’t make any statements related to his health or treatment plan other than to say we support him, he’s part of this, we’re in regular contact with him and we want to give him the time to get better.”