The Canadian company was invited to re-apply to build the pipeline in Nebraska by U.S. President Donald Trump 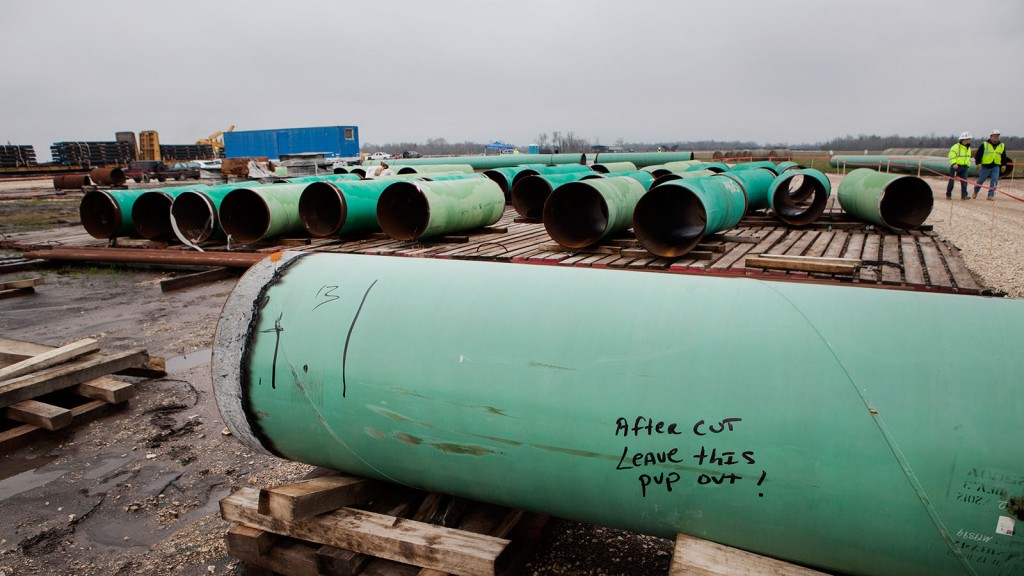 CALGARY — TransCanada says it’s once again seeking approval of its Keystone XL pipeline route in Nebraska despite stiff opposition from some landowners.

The energy company says the application it has filed with the Nebraska Public Service Commission is the clearest path to achieving route certainty, adding that it expects a decision on its application by the end of the year.

It says the proposed route was approved by the governor of Nebraska in 2013 and its application has been shaped by “direct, on-the-ground input from Nebraskans.”

Nebraska has been the site of some of the fiercest resistance to Keystone XL due to concerns that a spill could contaminate the Ogallala Aquifer.

“We’re an ag state, not an oil state, and so we don’t think that we should be risking our water supplies and the agricultural economy so Canada can get their tarsands to the export market,” said Jane Kleeb, president of the Bold Alliance group that is pushing against the project.

TransCanada says the pipeline would avoid the Nebraska Sandhills area of the state under which the aquifer sits, but Kleeb disagrees with how the company has defined the area and says it still threatens water reserves.

She said she’s confident that those opposed to the project will be successful through the Public Service Commission process, which TransCanada has reverted to after first trying to use eminent domain to seize land for the project.

TransCanada says more than 90 per cent of landowners in the state have already voluntarily signed easements to the project, while Kleeb says there are 82 landowners still strongly opposed who have refused.

The company also filed a presidential permit application for the project late last month after being invited by U.S. President Donald Trump, who has asked that the review process be done quickly.

In its quarterly results out Thursday TransCanada said it expects the Keystone XL pipeline to still have enough support from oil producers for it to make a final investment decision on the long-delayed project.

The Calgary company said it’s updating shipping contracts and expects some shippers to increase or decrease their volume commitments on the pipeline that is once again in play after former president Barack Obama rejected it in 2015.

The company took a $2.89-billion after-tax impairment charge on the carrying value of the Keystone XL project in 2015, leading to a $1.24-billion net loss for the year. That compared with net income of $124 million for 2016 after an $870-million charge related to the sale of some thermal and wind power projects.