Trans Workforce, is hosting a job fair for transgender individuals who often struggle to find work in conventional jobs 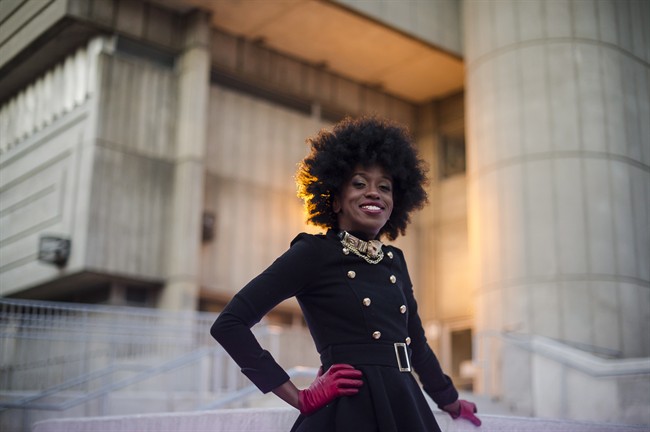 Biko Beauttah poses for a portrait in Toronto, on Saturday, November 11, 2017. THE CANADIAN PRESS/Christopher Katsarov

TORONTO – A Toronto transgender woman is holding a job fair geared toward transgender and gender-nonconforming people to try to spark systemic change in the Canadian workforce.

Biko Beauttah, who came to Canada as a refugee from Kenya 11 years ago, says transgender people often struggle to find work in conventional jobs and turn to things like drug dealing and the sex trade.

She started Trans Workforce, an organization that is setting up next week’s job fair and supports the transgender community in Toronto. After multiple attempts to set up the job fair, Beauttah said she was able to set up the event with help from LGBTQ community groups.

“The idea came around based on my lived experience and my inability to find work despite having nine years of post-secondary education,” said Beauttah, a transgender woman who identifies as female.

“The continued marginalization of trans people, you can see it with how we’re not represented in the corporate structure … we’re not given enough options,” said Beauttah.

The absence of transgender people in the general workforce is something Beauttah sees as one of the major unresolved issues in the LGBTQ rights movement.

Beauttah said there will be around 15 employers at the job fair, which will take place on Nov. 20. Some potential employers include the Canadian Armed Forces, Toronto-Dominion Bank and Indigo.

As more companies began to show their interest in the fair, Beauttah said that picking employers who actively wanted to normalize the presence of trans people in their workforce was an important factor.

A Facebook event page for the group shows more than 200 people are either interested in the event or plan to attend.

While Beauttah hopes that events like these will catch on in other cities, she also said that the transgender and gender-nonconforming community could soon reach a point where they don’t need to rely on her organization.

“I hope there comes a time when Trans Workforce isn’t really needed because people will be hiring people because of their skill and talent, and not based on their gender,” said Beauttah.