Trudeau offered condolences, but acknowledged that Castro was a controversial figure.

Castro died today at the age of 90.

Trudeau, who is attending the Francophonie Summit in Madagascar, expressed his deep sorrow at learning of Castro’s passing.

His statement offered condolences on behalf of all Canadians and at the same time acknowledged that Castro was a controversial figure.

But Trudeau also referred to the late president as a “legendary revolutionary and orator.”

The prime minister went on to say that “Mr. Castro made significant improvements to the education and healthcare of his island nation.”

Trudeau recently travelled to Cuba but was unable to meet with Castro, who had been a friend of his father and served as an honorary pallbearer at Pierre Trudeau’s funeral in 2000. 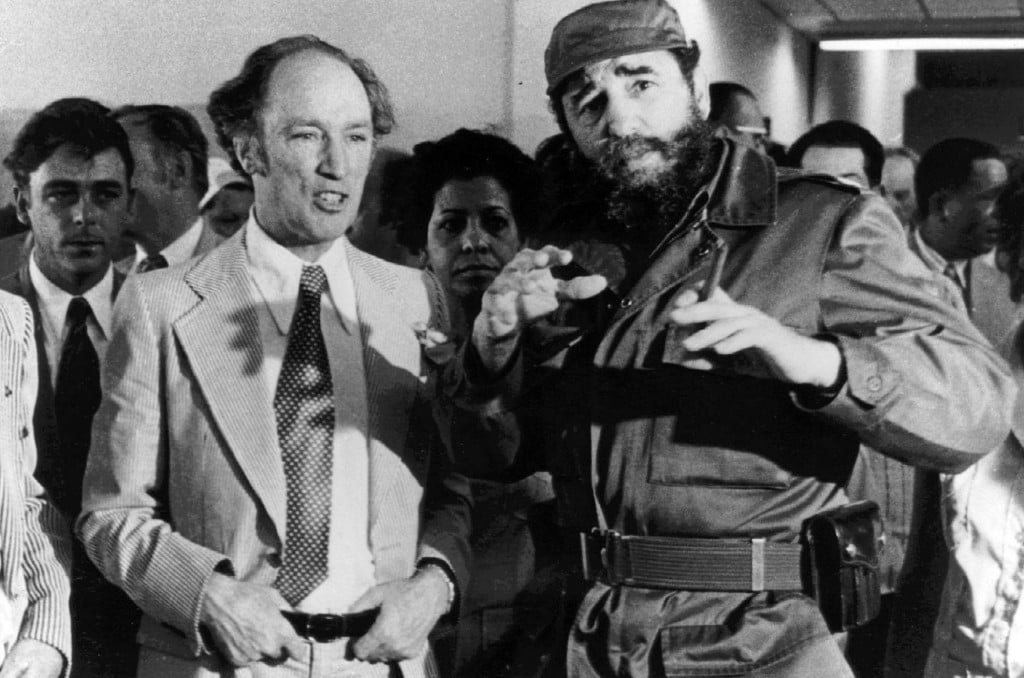 Prime Minister Pierre Trudeau looks on as Cuban President Fidel Castro gestures during a visit in Havana on Jan. 27, 1976. THE CANADIAN PRESS/Fred Chartrand

However, Castro’s brother, the current president, was in the front row as the prime minister spoke to students at the University of Havana.

Trudeau said he knows his father was very proud to call Fidel Castro a friend and that it was a real honour to meet his three sons and his brother while he was in Cuba.