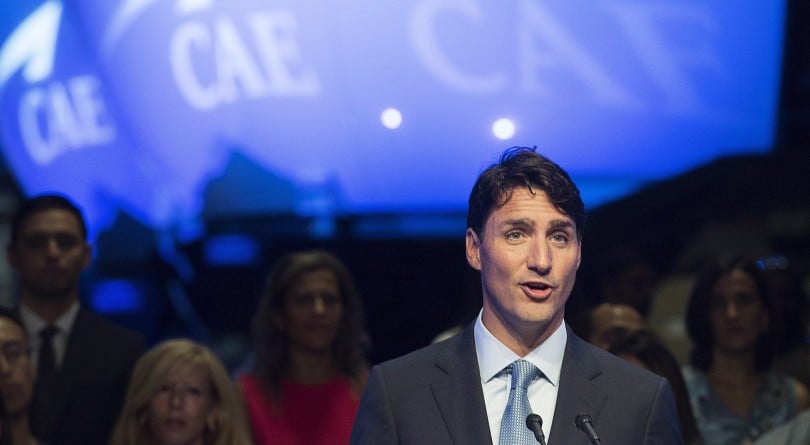 OTTAWA _ Prime Minister Justin Trudeau says diplomatic talks with Saudi Arabia continue but he is not backing down on Canada’s criticism of the kingdom over the arrest of several social activists last week.

Trudeau says Foreign Affairs Minister Chrystia Freeland had a long conversation with her Saudi counterpart on Tuesday and Canada is continuing to engage directly with the Saudi government since it suspended diplomatic ties between the two countries.

“As the minister has said and as we will repeat, Canada will always speak strongly and clearly in private and in public on questions of human rights,” Trudeau said during an event Wednesday in Montreal.

The diplomatic dispute began last week after Freeland tweeted concerns about news that several social activist had been arrested in Saudi Arabia, including Samar Badawi, who has advocated for women’s rights in her country. Her brother, blogger Raif Badawi, has been in prison since 2012 for criticizing the government, but his wife and children live in Quebec and became Canadian citizens earlier this year.

On Sunday, Saudi Arabia expelled Canada’s ambassador, suspended diplomatic relations and slammed the door to new trade with Canada. It has since recalled thousands of Saudi students studying in Canada, moved to transfer any Saudi patients out of Canadian hospitals and barred the import of Canadian wheat. As of next week, the Saudi-owned airline will cease direct flights to and from Toronto and there is at least one report that the government has also ordered state-owned pension funds and banks to sell off Canadian assets.

Many Saudi media outlets and online personalities have taken to the web and airwaves to criticize Canada for everything from the opioid epidemic to its treatment of Indigenous Peoples.

Trudeau said Canada’s goal is not to have a bad relationship with Saudi Arabia and that Canada respects the country’s important place in the world.

“We don’t want to have poor relations with Saudi Arabia,” he said in French. “It’s a country that has a certain importance in the world and is making progress on human rights. But we will continue to underline challenges when they exist there and everywhere in the world.”

Earlier Wednesday Saudi foreign minister Adel al-Jubeir said Canada has been given the information it needs to correct the tweets and that it’s up to Canada to step up and fix its mistake.