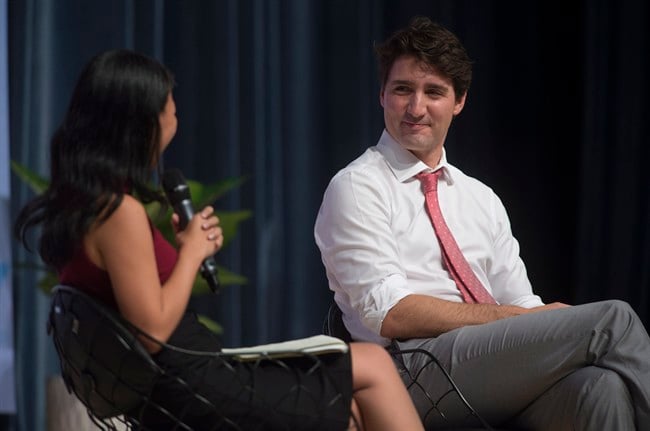 Suu Kyi is an honorary Canadian citizen and Nobel laureate who has faced widespread international criticism for not speaking out against the violence against her country’s Muslim minority.

This will be their first meeting since a crackdown by security forces that began in late August and has forced 900,000 Rohingya Muslims into exile in neighbouring Bangladesh.

Canadian officials, who have spoken on the condition of anonymity, have said Ottawa has been reluctant to overtly blame Suu Kyi for the violence against Muslims in her country because it believes Myanmar’s military is using it to undermine her celebrated global reputation.

Foreign Affairs Minister Chrystia Freeland and the United Nations have said the violence against the Rohingya amounts to ethnic cleansing.

Bob Rae, Canada’s special envoy for the Rohingya crisis, is also scheduled to brief Trudeau on his findings in Myanmar at the APEC leaders’ summit.

Rae is also expected to use the 21-member APEC event to meet other regional players to push for a co-ordinated solution to the crisis.

Trudeau has said he’s reached out to Suu Kyi about the atrocities being committed against the Rohingya.

He spoke with her in September and also wrote her a letter to outline what she and the government of Myanmar must do to “protect innocent lives” and act according to the expectations of Canada and the world.

The Liberal government has come under pressure to strip Suu Kyi of her honorary Canadian citizenship.

Trudeau spent two days in Vietnam this week on an official visit that has included stops in Hanoi and Ho Chi Minh City.

He will travel to Danang on Friday for the APEC summit, where participants will include U.S. President Donald Trump, Chinese President Xi Jinping and Russian President Vladimir Putin.