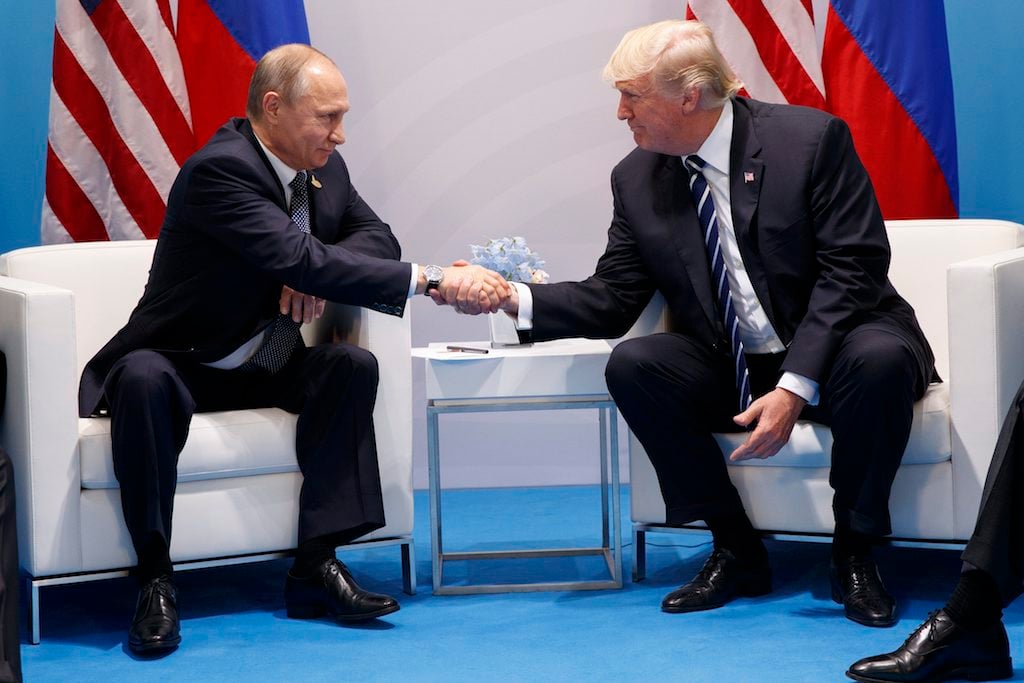 After months of anticipation and intrigue, President Donald Trump and Russian President Vladimir Putin are sitting down for their first meeting.

The two exchanged brief pleasantries earlier Friday on the sideline of the G-20 summit of industrialized and developing nations.

Up front, Trump said he anticipates “a lot of positive things happening, for Russia, for the United States.”

Their first sit-down meeting is expected to last for about 30 minutes and touch upon several complex issues, from the Syrian conflict to Russia’s provocations in Ukraine.

However, the meeting also falls under the shadow of accusations that Russia meddled in the 2016 presidential election – and Trump is under pressure to raise those concerns with Putin in their first meeting.

Trump, on Thursday, said he believes Russia may have interfered in the election, but he said that he believes other countries may have been involved as well.

Trump said that his discussions with Putin are “going very well.”

Speaking through a translator, Putin said they had spoken over the phone several times on “important bilateral and international issues,” but that phone calls are “never enough.” He said a face-to-face meeting is important to fostering “positive relations.”