Opposition parties complained of irregularities in voting, including electoral board decision to accept ballots that did not bear official stamp 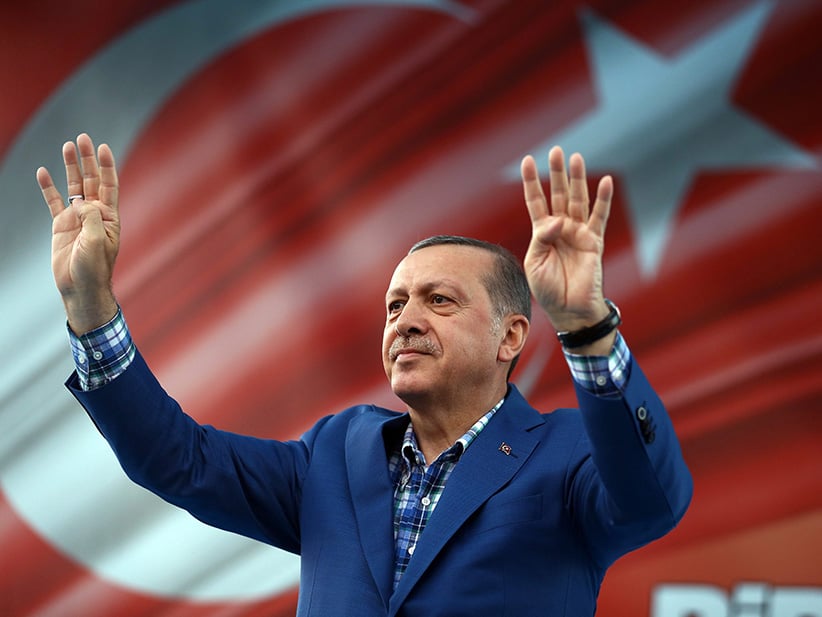 ANKARA, Turkey – Turkey’s main opposition party on Monday prepared to contest the results of a landmark referendum that gave a narrow victory to President Recep Tayyip Erdogan’s long-time plans to greatly expand the powers of his office.

Turkey’s electoral board confirmed the “yes” victory in Sunday’s referendum and said the final results would be declared in 11-12 days. The state-run Anadolu Agency said the “yes” vote stood at 51.41 per cent, while the “no” vote was 48.59 per cent.

The margin fell short of the sweeping victory Erdogan had sought in the referendum. Nevertheless, it could cement his hold on power in Turkey and is expected to have a huge effect on the country’s long-term political future and its international relations.

“I suspect the result was narrower than what Erdogan expected,” said Howard Eissenstat, associate professor of Middle East History at St. Lawrence University in the United States. “Erdogan has ruled with a narrow victory before. He does not see a narrow victory as anything less than a mandate. His tendency has been to not to co-opt the opposition but to crush it.”

The 18 constitutional amendments that will come into effect after the next election, scheduled for 2019, will abolish the office of the prime minister and hand sweeping executive powers to the president.

Opponents had argued the constitutional changes would give too much power to a man who they say has shown increasingly autocratic tendencies.

The referendum campaign was highly divisive and heavily one-sided, with the “yes” side dominating the airwaves and billboards. Supporters of the “no” vote have complained of intimidation, including beatings, detentions and threats.

Opposition parties complained of a number of irregularities in the voting, including an electoral board decision to accept as valid ballots that did not bear the official stamp.

Legislator Utku Cakirozer told The Associated Press that his Republican People’s Party would on Monday file objections to results at local electoral board branches, before taking their case to the Supreme Electoral Board.

Cakirozer said: “At the moment this is a dubious vote.”

The country’s pro-Kurdish party said it may take the case to the European Court of Human Rights if the electoral board does not reverse his decision and nullify the ballots lacking the official stamps.

The Organization for Security and Cooperation in Europe, whose monitors observed the vote, were to announce their findings later Monday.

Electoral board head Sadi Guven rejected opposition claims of foul play, saying none of the ballot papers that were declared valid was “fake” or fraudulently cast. Guven said the decision was taken so that voters who were by mistake given unstamped ballot papers would not be “victimized.”

“The ballot papers are not fake, there is no (reason) for doubt,” Guven said.

In Istanbul, hundreds of demonstrators opposed to the amendments marched in a central neighbourhood late Sunday, clanging pots and pans.

Ismail Calisan, an Ankara resident, accepted the result with grace.

“Even though I choose ”no“ and the results came out ”yes“ I wish the best to our country,” he said.

In Istanbul, accountant Mete Cetinkaya said he was worried about his country’s future.

“I don’t see the country is going down a good path,” he said, sitting by the Bosporus. “Tayyip Erdogan may have done more good than the other big players (of Turkish politics) … but I think of Tayyip Erdogan as just the best of the worst.”

Sozcu newspaper, one of a few newspapers critical of the government, referred to the alleged irregularities and asked in its headline: “Is your conscience at ease?”