"The world wasn't only run by white men or politicians. There are other people who are also significant to Canadian history."

By Michael MacDonald and Nicole Thompson, The Canadian Press December 8, 2016 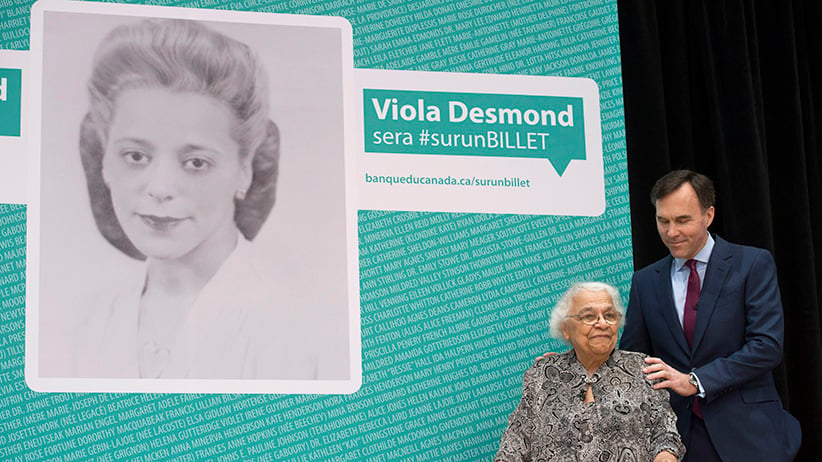 Minister of Finance Bill Morneau puts his hand on the shoulder of Wanda Robson, the sister of Viola Desmond, as it is announced Desmond will be featured on Canadian currency during a ceremony in Gatineau, Quebec on Thursday December 8, 2016. (Adrian Wyld/CP)

Losing two of Canada’s wartime prime ministers from the country’s $50 and $100 bills won’t be a step backwards for a country that has plenty to learn about itself, a pair of leading history buffs say.

Soon after the federal government announced Thursday that the faces of William Lyon Mackenzie King and Sir Robert Borden would be dropped from the banknotes, Historica Canada weighed in, saying there will always be ways to pay tribute to the two men.

“Events only happen once. But there’s always a thousand different ways to look at them.”

Instead of Borden and King, each revamped banknote will feature the faces of prime ministers Sir John A. Macdonald and Sir Wilfrid Laurier, when they are released in 2018. Laurier is moving from the $5 bill and Macdonald is leaving the $10 bill, to be replaced by Viola Desmond, an African Nova Scotian civil rights pioneer.

With the change, Desmond becomes the first Canadian woman to appear on the face of a Canadian banknote.

Allan Levine, who wrote a 2011 biography about King, said it made sense to give Borden and King the boot.

“It reflects our attitudes today,” he said. “The world wasn’t only run by white men or politicians. There are other people who are also significant to Canadian history, and Viola Desmond is a good choice.”

However, Levine said he believes King would not have approved.

“He was representative of his era, and Canada was a very intolerant place,” he said. “King had classic attitudes about black people, about Jews, and his diary is full of this stuff.”

King’s erasure from the currency will have no impact on his place in history, Levine said.

“It’s not like he’s going to be forgotten any time soon, or his reputation is in any way changed. It’s a mixed reputation anyway.” 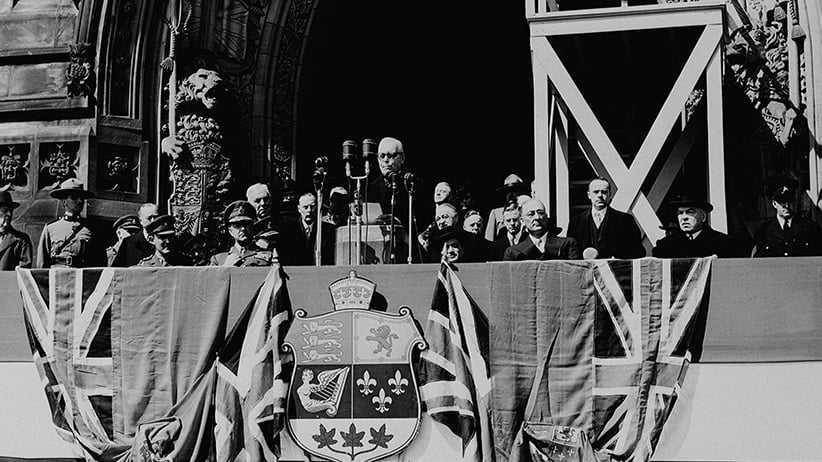 Having served as prime minister almost 22 years, the Canadian Encyclopedia describes King as “the dominant political figure in an era of major changes.”

Aside from the war years, King led the country though much of the Great Depression and implemented the unemployment insurance system, though many of his achievements were later overshadowed by his fascination with occult practices.

Wilson-Smith said Borden – Canada’s eighth prime minister – will remain firmly rooted in Canadian history, given his leadership during a time when Canada was coming of age as a country.

Born in Grand Pre, N.S., in 1854, Borden was a Halifax teacher and lawyer who, as leader of the Liberal-Conservative Party, led a coalition in 1911 that opposed the Liberal government’s Reciprocity Agreement with the United States, which amounted to an early form of free trade. Borden’s party won the general election that year, defeating Laurier.

He would go on to serve as prime minister between 1911 and 1920, cementing his place in Canadian history by leading the country during the entirety of the First World War.

RELATED: ‘Here I am, a black woman giving freedom to another black woman’

Described as a reserved man who shunned the public spotlight, he later led a drive to have Canada declared a dominion, as part of the historic transition of the British Empire into the British Commonwealth.

“He was a significant prime minister, given the period during which he served,” Wilson-Smith said. “This is a guy who’s impact on the country continued to be felt for a very long time.”

Besides, seeing Borden’s face on the $100 was a rare treat for most Canadians.

“Arguably, there hasn’t been enough in the history books about her contribution.”