Prime Minister Theresa May called the snap election to increase her Conservative Party's majority, but some polls show it may disappear. 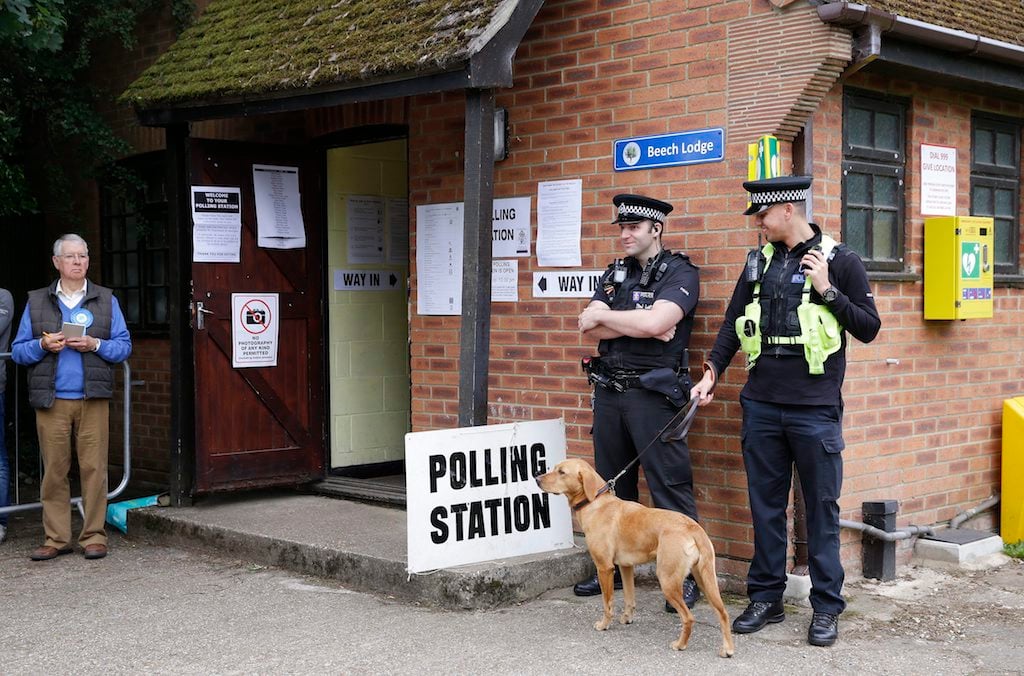 LONDON – Polling stations opened across Britain on Thursday for national elections, amid heightened security worries following a series of terror attacks in what one senior police official described as “unprecedented times.”

The public is being asked to be alert and to report concerns to police as voters choose 650 lawmakers for the House of Commons. Deputy Assistant Commissioner Lucy D’Orsi acknowledged concerns about Thursday’s general election

Atrocities near Parliament, in Manchester and at London Bridge have left Britain on high alert. The official threat level stands at severe, the second highest rating, indicating an attack is seen as “highly likely”.

“We appreciate that these are unprecedented times and together with our partners we continue to keep communities safe,” D’Orsi said

Prime Minister Theresa May called the snap election in hopes of increasing the Conservative Party’s slim majority in Parliament, and strengthening her hand in European Union exit talks.

RELATED: Why did Theresa May call for an election?

The campaign did not go to plan. May was criticized for lacklustre campaigning and deadly attacks that turned the election into a debate about national security.

In her final message to voters, she appealed directly to the undecided, urging them to support her in taking the country out of the European Union.

“I can only build that better country and get the right deal in Brussels with the support of the British people,” she said. “So whoever you have voted for in the past, if that is the future you want then vote Conservative today and we can all go forward together.”

“As we prepare for government, we have already changed the debate and given people hope,” he said. “Hope that it doesn’t have to be like this; that inequality can be tackled; that austerity can be ended; that you can stand up to the elites and the cynics. This is the new centre ground.”

May says the Conservatives will build a “stronger, fairer and more prosperous Britain,” while Corbyn says he would govern “for the many, not the few.”

Polls suggest Labour has narrowed the Conservatives’ lead. A high turnout is seen as Labour’s best hope of eroding some of the Conservative majority in the House of Commons.

RELATED: Are Theresa May’s Tories about to blow the U.K. election?

Rain is forecast through much of the country, but it is unlikely to be severe. Turnout is not expected to be affected.

“We live in a country where a bit of drizzle is commonplace,” said John Curtice, an election expert at Strathclyde University.