Ortho plans to phase out neonicotinoids by 2021 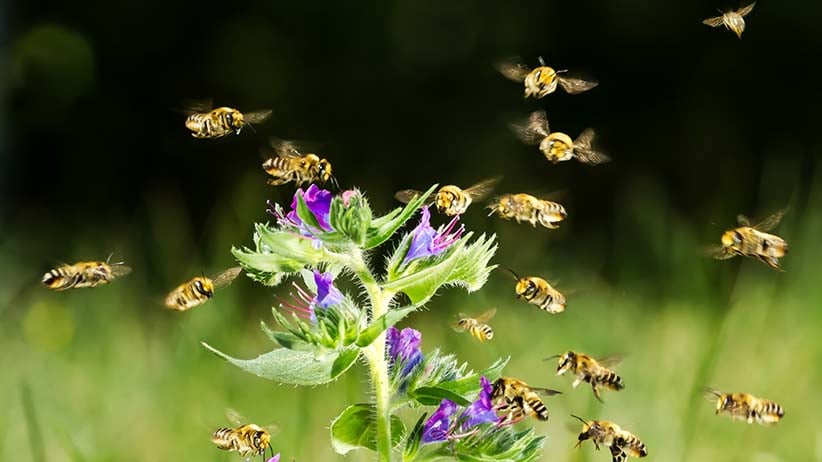 DENVER — Garden-care giant Ortho said Tuesday that it will stop using a class of chemicals widely believed to harm bees as concerns rise about the health of the insects that pollinate a big portion of plants that people eat.

The company plans to phase out neonicotinoids by 2021 in eight products used to control garden pests and diseases. It will change three products for roses, flowers, trees and shrubs by 2017 and other products later, said Tim Martin, vice-president and general manager of Ortho, a division of Marysville, Ohio-based Scotts Miracle-Gro Co.

The chemicals, called neonics for short, attack the central nervous systems of insects. Some advocates say neonics are one of several reasons behind declining populations of bees, which are major pollinators of food crops.

About one-third of the human diet comes from insect-pollinated plants, and honeybees are responsible for 80 per cent of that pollination. Neonics are used in a number of chemicals applied to food and textile crops such as corn and cotton as well as home gardens.

Ortho’s move emerges from concern for possible threats to honeybees and other pollinators, Martin said. The change might require gardeners to apply the reformulated products more frequently, but it will be easier to target pests while reducing the chances of hurting bees, he said.

The severity of neonics’ effects on bees appears to vary depending on the type of crops they are used on, according to a study by the U.S. Environmental Protection Agency and California’s environmental agency released in January. Another study published last year says neonics might hit wild bumblebees harder than domestically raised honeybees.

Bayer CropScience and Syngenta, the top manufacturers of neonics, have said the research has exaggerated the risks and understated the benefits.

Concern about bee health is growing. The Maryland General Assembly passed a bill last week that would allow only certified applicators, farmers and veterinarians to apply pesticides containing neonics.

In March, the U.S. Fish and Wildlife Service said it would consider whether to protect two species of wild bumblebees under the Endangered Species Act amid declines in their numbers.

The environmental group Defenders of Wildlife, which asked federal officials to consider protecting the bees, said neonics were a factor in the bees’ decline.

It wasn’t immediately clear what effect Ortho’s decision would have on the health of the overall bee population.

But May Berenbaum, a bee expert and professor of entomology at the University of Illinois, said homeowners use a significant amount of pesticides, and introducing alternatives to neonics is important.

“There are still profound problems (for bees), but this is a step toward removing one contributor to some of the problems,” she said.

Berenbaum cautioned that the replacement pesticides could have their own problems.

“This is not the end. This is no time for complacency,” she said.