Ottawa grapples with the coronavirus, and pledges a $1 billion fight 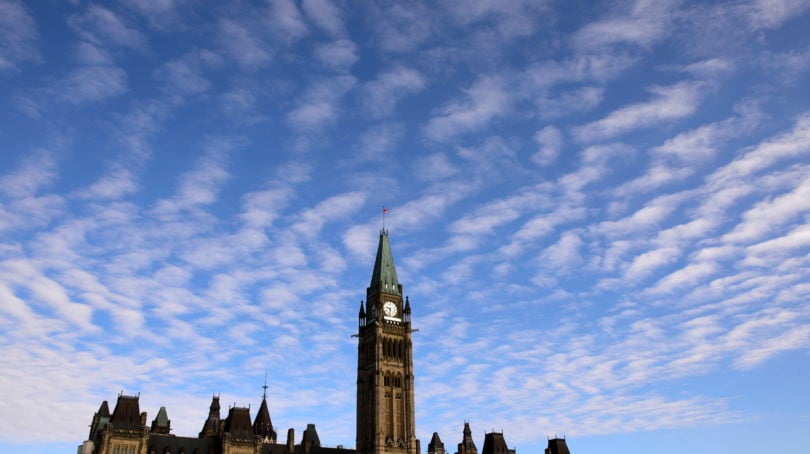 The big headline yesterday in Ottawa was Justin Trudeau committing a billion dollars to fight COVID-19. The PM, flanked by a phalanx of familiar faces like Theresa Tam, Patty Hajdu and Bill Morneau, announced that half of that sum would go to provinces’ pressing health care needs. The feds will also speed up EI claims made by Canadians forced away from work and into self-quarantine. They’ll also spend $50 million on buying up personal protective equipment for health care workers, another $50 million to help vulnerable countries fight the virus, and $275 million on rapid research into beating the disease.

Big Business‘s biggest voices supported the measures. Jagmeet Singh did not, saying they don’t go far enough to help vulnerable workers who want to self-isolate but can’t afford not to go to work. Erin O’Toole agreed, for different reasons: he wants a ban on flights from countries with high infection rates, and slammed the idea of spending any of the money abroad.

Meanwhile in America: President Donald Trump finally appeared to acknowledge the coronavirus crisis that’s been overtaking his administration. In a speech last night, he announced the U.S. will suspend all travel from Europe (not including the U.K.) for 30 days to stop what he described as a “foreign virus.” And the NBA announced last night it is suspending its season after a player tested positive for COVID-19.

March 30: That’s when Morneau will table his budget in the House. Journalists idly wondered if the pandemic would force federal officials to come up with an alternative to the annual budget lockup, in which reporters and analysts pore over the details behind closed doors for several hours preceding the FinMin’s speech. A virtual lockup, perhaps?

Foreign Minister Francois-Philippe Champagne, who’s kept busy talking to counterparts around the world about their responses to COVID-19, took a few minutes yesterday to respond to the news that Iran has pledged to send black boxes from Flight 752 to Ukraine for analysis. Asked by a reporter if Iran’s preoccupation with fighting the coronavirus could complicate matters, FPC was blunt. “I would hope that the Iranian regime would not start using the coronavirus as an excuse not to provide the transparency and accountability and the justice the victims have been waiting for.”

Today is one of those frenetically paced Big News Days in the nation’s capital. Jason Kenney is in town for the two-day first ministers’ meeting that’ll take over Ottawa’s old city hall (come for the meeting in the cavernous structure also known to host budget lockups, stay for the short walk across the street to the majestic Rideau Falls). More on that a bit later. Kenney’s first stop is the Rideau Club, a top-floor playground for the elite with a dress code to match. Kenney will talk “pan-Canadian prosperity and unity,” hosted by the C.D. Howe Institute. Yesterday, he tipped his hand on Alberta’s priorities at the fed-prov confab.

He won’t Mintz words: An hour earlier, former C.D. Howe top dog Jack Mintz will be at West Block to release a report he co-authored on tax competitiveness. The press release announcing the event featured a spoiler alert: on corporate tax rates, it reads, Canada “needs to change direction.”

Around the same time, Liberal MP David McGuinty will swing by the National Press Theatre to go a few rounds with journalists. McGuinty is the chair of the National Security and Intelligence Committee of Parliamentarians, and today is the government’s deadline for releasing a public version of that group’s annual report. The Toronto Star teed up the document by calling it an “unprecedented report into efforts to combat foreign states’ espionage operations in Canada.”

The NSICOP (phonetically, is that EN-si-cop?) report will also include the first-ever independent review of the Canada Border Services Agency‘s national security and intelligence activities.

Back to old city hall, where the first order of business is a meeting this afternoon between the first ministers and Indigenous leaders from the Assembly of First Nations, Inuit Tapiriit Kanatami and Metis National Council. Expect to see some missing faces, though. Manitoba Premier Brian Pallister isn’t making the trip (he’s tabling his own budget), nor is Yukon Premier Sandy Silver (on advice from his chief medical officer of health).

The cherry on top of any jam-packed nation’s capital news cycle is a meaty, numbers-filled report on government spending. And this morning the Parliamentary Budget Office has just that in the offing, as it releases a report scrutinizing federal expenditures and estimates for 2020-21.

Harper’s back, maybe: The Ottawa Economics Association tweeted the news that former prime minister Stephen Harper is a keynote speaker at an upcoming Canadian Association for Business Economics policy conference. That’s a big get. But the gathering is scheduled for April 7 at the National Arts Centre, and spring conferences aren’t exactly in vogue these days.