What the Renfrew County murders tell us about rural violence

How isolation, poverty and an abundance of weapons put women at risk 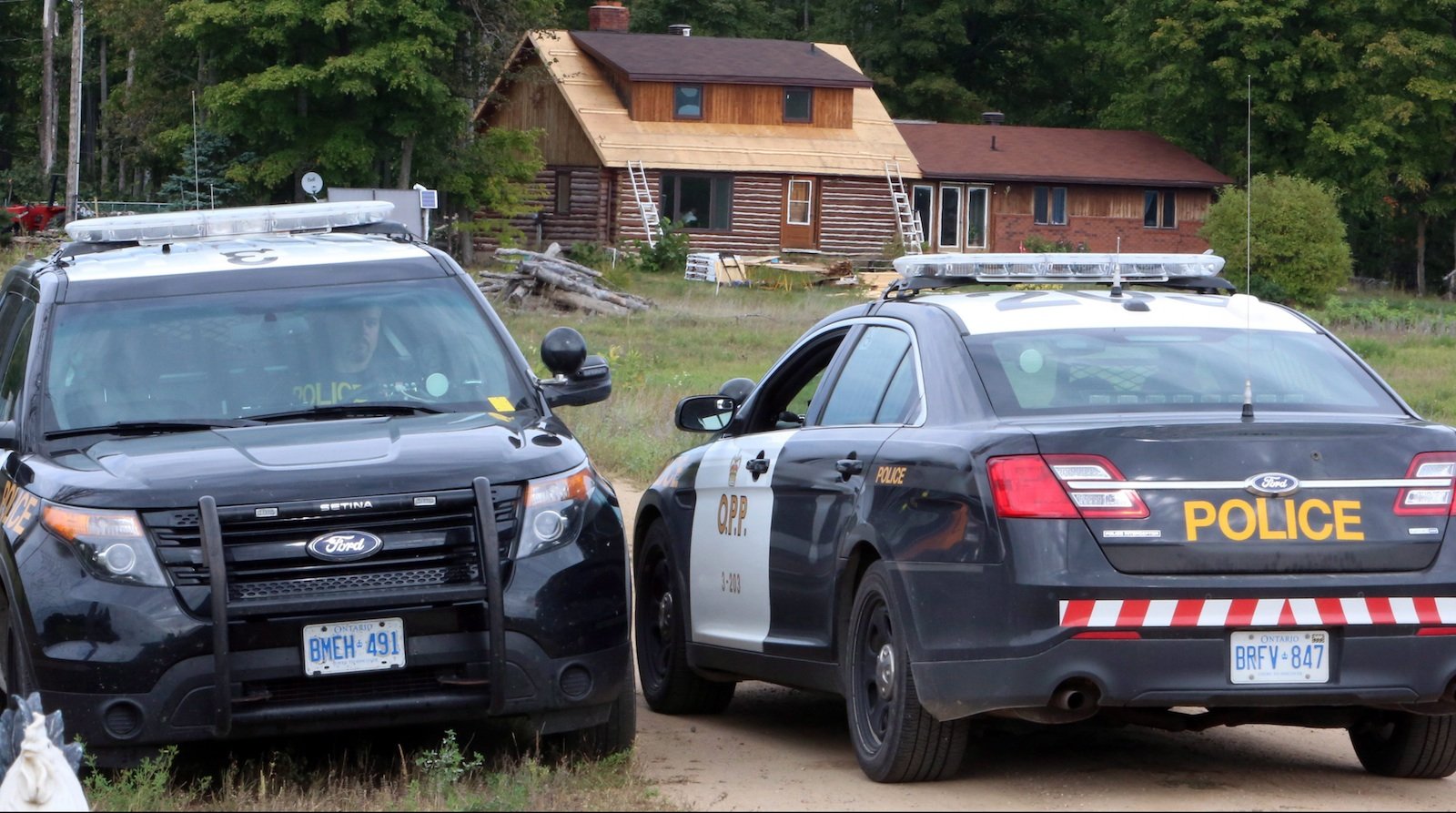 Flowers are placed at the entrance of a driveway with Ontario Provincial Police cruisers at a house near, Cormac, Ont., one of three crime scenes, Wednesday September 23, 2015. A 57-year-old man has been charged with three counts of first-degree murder in the separate slayings of three women whose deaths sparked a lockdown and manhunt in an ordinarily peaceful area of eastern Ontario on Tuesday. THE CANADIAN PRESS/Fred Chartrand

This post was originally published by Chatelaine on Sept. 25.

Three women, Anastasia Kuzyk, Natalie Warmerdam and Carol Culleton, were found dead yesterday in a triple homicide in rural Eastern Ontario. Their bodies were discovered in separate homes in Renfrew County. After a four-hour manhunt, police arrested the suspect, 57-year-old Basil Borutski, a man with an extensive criminal history and who had recently been released from prison. According to the CBC, Kuzyk and Warmerdam were previously in relationships with Borutski, who is charged with three counts of first-degree murder.

The day of the murders, the Women’s Sexual Assault Centre in nearby Pembroke had scheduled a Take Back the Night march in an effort to draw attention to gender-based violence in the area. (The event has since been postponed until Monday.) We spoke with WSAC’s director JoAnne Brooks about her perspective on the unique ways that violence affects women in rural communities.

Q: On Monday, you gave a speech about women and sexual violence at the provincial roundtable on violence against women held in Toronto, which is timely in a very unfortunate way. What did you discuss?

A: Renfrew County covers such a vast geographical area — more than 7,400 square kilometres — yet everyone is so interconnected. Everyone knows everyone else. I tried to outline how rural we really are. We have 107,000 people, 900 lakes and no public transportation. Our biggest city, Pembroke, has just over 16,000 people. 51,000 women live in Renfrew Country, and the median income is $21,740, which [often places] women in the level of poverty. They [may be denied] access to a vehicle if they need to flee. Women are very isolated.

Q: What are other issues specific to rural women where gender-based violence is concerned?

A: The patriarchal and religious values that are so entrenched. The access to weapons — many men here are hunters. There’s a lack of daycare, and because of the economic crisis, [women are] forced to remain in abusive relationships even when they would like to leave. There’s a real lack of confidentiality and anonymity because everyone knows everyone else. [There is a] community denial that violence against women is even an issue. But certainly after yesterday, that’ll be more in people’s faces.

Q: If everyone knows everyone’s business — say that a husband was abusing his wife — in an ideal situation, you’d hope people would intervene.

A: Invisibility is sometimes a cloak that feels a little safer. Or maybe [they’re thinking], “If that’s your reality, I might have to acknowledge mine.” So it goes back underground. In rural areas, there’s also often a real ethic of self-sufficiency. Like, “Buck up, toughen up.”

Q: Two of Tuesday’s victims are said to have had a previous relationship with the accused. In 2012, on the National day of Remembrance, there was a vigil held for 16 women murdered in Renfrew County. Almost all of the women were killed by their husbands or boyfriends.

A: There is much that has changed in Ontario’s justice system to warn women who are at risk by a man being released from jail. But at the end of the day, if a man chooses to kill a woman, it will happen. There are restraining orders and bail conditions, but those just get walked right through. Especially in rural areas where we are isolated without services. We don’t have neighbours that might call us and say, “I just saw him coming your way down the street.” We don’t have neighbours necessarily.

Q: How can policy change to benefit rural women specifically?

A: [Involving] rural voices in changing the justice system would be good. My guess is that these high-risk offenders are well-known in communities and in the justice system, so [we need] laws that can protect the potential victims in a better way. Let’s focus on the victims and not just the perpetrators’ rights.

Q: You’ve rescheduled your Take Back the Night march for Monday. Do you think the tenor of the event will be different given what has happened?

A: Definitely. As organizers, we’re very responsive to the needs of the community. This [march] will take on a vibe that’s very grassroots. It might become a silent vigil and not the usual out-loud chanting and marching. There will be open mic time for women to talk, in addition to support women for talking privately. This is a crisis time in our community.

Q: Have you noticed that women are reaching out to you who are in similar situations, or is it too soon to tell?

A: Are telephone lines busier? Yes. At times, they’re feeling powerless, but wanting to be good people, and wanting to be helpful. Our community is raw. I think every woman is aware of this violence — maybe they’ve lived through it, maybe they’re living through it right now. It’s made visible what’s invisible. But it ripples out to affect us all.