What to do as we walk into the pandemic's fifth wave

Vaxx Populi: If the worsening situation in Europe is foreshadowing what's to come, get ready, Canada 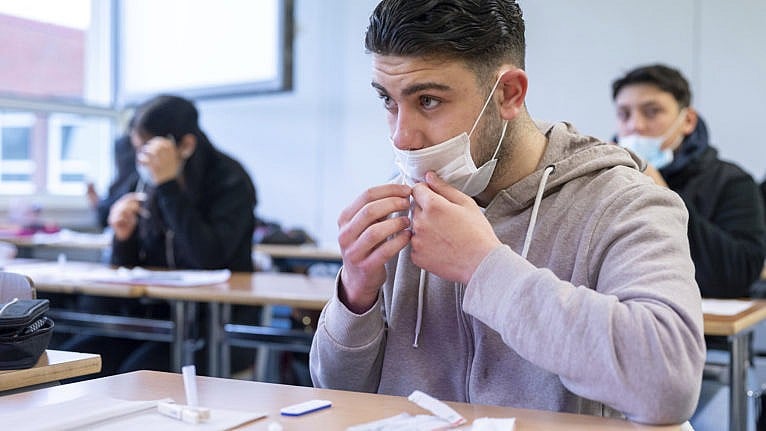 Dr. Malgorzata Gasperowicz has a routine when she gets into a taxi: she makes sure the driver is wearing a mask, rolls down the windows, then often talks to the driver about the risks of airborne transmission of COVID-19 and then gives him a KN95 mask, because most drivers don’t know about the airborne risks of the disease, she says. It’s one way she helps spread the word that the dangers inherent in this pandemic aren’t over, especially as the temperatures fall and case counts climb.

Gasperowicz has been modelling the pandemic since its start, using the skills she developed as a developmental biologist at the University of Calgary to track the possible and probable trajectories of wave after wave of cases, hospitalizations and deaths. And right now, she’s worried about what she’s seeing in the data. When asked to rate the likelihood of a fifth wave hitting Canada this winter, she pauses, then says it’s seven or eight out of 10, depending on how governments react to changing circumstances on the ground.

“We’re in a very risky state,” she says. “It all depends on what our politicians will do,” as they set the policies for their jurisdictions. Significantly, most provinces have relaxed public health measures in recent months. For example, just before Thanksgiving, the Ontario government lifted all capacity limits in arenas, gyms and theatres.

In particular, Gasperowicz is worried that the worsening situation in Europe may foreshadow what is to come here. There, many countries relaxed public health measures as vaccination rates climbed earlier in the year. Now, they are experiencing huge surges of cases. For instance, in Portugal, daily case counts now average 227 cases per million population, compared to 73 a month earlier, despite having 88 per cent of its entire population double vaxxed, compared to Canada’s 76 per cent. Germany’s rate is 633 new cases per million population, more than four times its rate a month earlier. There, hospital admissions are soaring and ICUs in COVID hotspots are at capacity (the country’s vaccination rate is 67 per cent). In some nations, restrictions are being reintroduced, including in Germany, where outgoing Chancellor Angela Merkel called the situation “highly dramatic.”

It’s been a while since people jumped on the pandemic data every day to see if things were getting better or worse. So, as the holidays approach, these are the indicators that Gasperowicz suggests keeping an eye on:

Daily cases counts: She looks at seven-day averages to see trends. Right now, the overall national average, which recently bottomed out at 2,241 a day at the beginning of the month, is now at 2,561 a day, according to COVID-19 Tracker Canada. And some provinces are going up even faster, including Ontario, which has nearly doubled its daily average in the past three weeks.

READ: How do I get my vaccine passport? Where will I need to show it?

Effective reproduction number (Rt): Currently, Canada’s overall Rt value is above one, meaning that each person infected with SARS-CoV-2 is infecting more than one other person. That high rate of transmission means cases can slip into a surge at any moment. (A good Rt would be well below 1.0, ideally around 0.6, which would allow for community transmission to be stopped in a given region in weeks.) The provinces with Rt values trending in the wrong direction are Ontario, Quebec, Manitoba and New Brunswick. And the other provinces and territories aren’t doing that much better as the virus is spreading, especially in indoor surroundings.

Test positivity rates: A higher percentage of positive COVID-19 tests can indicate more community spread of the virus. In two hotspots in southwestern Ontario, the test positivity is more than 15 per cent, according to ICES data, compared to a provincial rate of 2.6 per cent. In Alberta, where cases have been falling since its fourth wave, test positivity has stopped declining, and is now slowly increasing to more than five per cent.

Vaccines: Right now, unvaccinated children account for around half of all cases of COVID-19. The current rollout of vaccines to those in the 5 to 11 age group should help reduce their risk of contracting COVID-19. Earlier this month, Health Canada authorized the Pfizer and Moderna vaccines as third doses for all adults 18 years and older. The boosters, to be given at least six months after the second dose, are now being given to seniors and those with compromised immune systems, but Gasperowicz and others would like to dramatically expand the pool of adults entitled to booster shots, especially those in the highest-risk settings, such as essential and front-line workers including teachers, retail staff and health-care workers. Already in the United States, third shots are available to all adults.

READ: How to encourage vaccine-hesitant people to get their COVID shots

Airborne transmission: For most of the pandemic, governments and the World Health Organization said that the virus spreads through droplets, leading to safety protocols such as Plexiglass barriers and surface washing. Now, a growing number of scientists are saying that evidence shows the virus is airborne. On Nov. 12, Dr. Theresa Tam, Canada’s chief public health officer, came as close as any high-profile Canadian official has come to saying that this is an airborne virus: “We’ve learned how the virus can linger in fine aerosols and remain suspended in the air we breathe, much as expelled smoke lingers in poorly ventilated spaces. And similar to second-hand smoke, those in close proximity to the infected person inhale more aerosols.”

Gasperowicz believes governments have to be more explicit about the airborne dangers, including that the virus can linger in a room even if no one is there or if the air is not properly circulated and purified. For instance, Britain has created ads about mitigating the risks of indoor gatherings.

To deal with the airborne risks, Gasperowicz wants HEPA air purifiers to be widely used, and for CO2 monitors that indicate the strength of an indoor ventilation system to be on display (the lower the level of CO2, the better the air quality). In Japan, real time CO2 levels are now posted for each screening room at movie multiplexes.

Rapid tests: The tests, which haven’t been widely used or available in Canada, should be as ubiquitous here as they are in Europe where they are either free from governments or sold for a few dollars a test. Indeed, one of Gasperowicz’s friends in Austria was in her first week of teaching a class of 30 students when five tested positive through those quick tests even though they hadn’t displayed symptoms.