What's behind the spate of bomb threats against airlines?

Hoax or not, airlines have no choice but to take bomb threats seriously, despite the considerable costs to themselves, passengers and emergency personnel 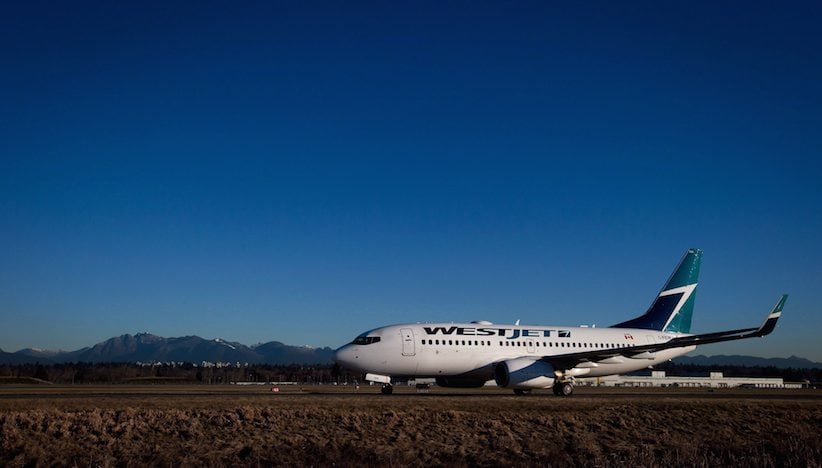 The flurry of recent bomb threats made against Canadian airlines has left six passengers injured, hundreds inconvenienced and, quite likely, cost airlines tens of thousands of dollars. It’s also helped underscore just how much havoc can be wreaked on a $10-billion industry by a short email or 140-character tweet.

In the past week, four WestJet aircraft were forced to make emergency landings after the airline learned of threats targeting specific flights. On Wednesday—Canada Day—a WestJet 737 flying from Vancouver to Toronto was diverted to Calgary, where it landed safely. All 30 passengers and five crew members were unharmed.

Earlier in the week, however, six passengers were hurt while evacuating a WestJet plane in Winnipeg, where it was diverted from its Edmonton-Toronto flight because of another threat. Two other recent WestJet flights—one on Tuesday and one last Saturday—also received threats, as did an Air Canada flight last week that forced the closure of the airport in St. John’s.

Hoax or not, security-conscious airlines have little choice but to take each threat seriously despite the considerable costs incurred to themselves and local emergency personnel. That includes everything from sweeping the affected plane with a bomb-sniffing dog to rebooking stranded passengers on new flights—difficult to do at the height of the busy summer travel season. “We will continue to be vigilant to keep our guests and our crews safe,” WestJet said on its Twitter feed, adding that the police are treating the incidents as criminal acts.

Inconvenienced Canadian air travellers can take some comfort in knowing they’re not alone. Earlier this year, U.S. authorities reported receiving some 50 threats against domestic airlines—including one via Twitter in late January that resulted in F-16 fighter jets being scrambled, at a cost of $22,500 per hour, to escort two passenger planes to Atlanta’s Hartsfield-Jackson International Airport. Nothing was found onboard any of those planes either.

Some have speculated that such costly hoaxes could be politically motivated—perhaps the work of Islamic State or its sympathizers. As The Economist magazine recently pointed out, it costs next to nothing for a terrorist group to send a tweet from anywhere in the world, but the financial impact on airlines can be significant. “Perhaps this is the next evolution of asymmetrical warfare,” the magazine suggested.

There’s another, more likely possibility: it’s simply the work of vandals, aided and abetted by the Internet. Police departments across the continent are already plagued by the rise of “swatting,” which, in online parlance, refers to the act of calling 911 and reporting a violent crime taking place at some unsuspecting person’s house. The prank—if that’s the right word for having a SWAT team kick down someone’s door with their guns drawn—is apparently popular among some video gamers, who watch gleefully via livestream as their online opponents experience real-life terror. At least two Canadian teens have been charged with making “swatting” calls in the past few years.

Yet, while airlines may represent a new, high-profile targets for pranksters, they are far from the only ones. High schools and universities are frequently evacuated after anonymous phone calls or emails that suggest a bomb has been left in a building. In the first two years following the 1999 Columbine High School massacre, for example, U.S. authorities reported some 5,000 bomb threats against schools across the country. In February, threats made against several Calgary schools include demands for Bitcoin payments. A few months later, police in Saskatchewan shut down five schools after receiving a report of a bomb in Kindersley.

The question is what, if anything, can be done to discourage bomb hoaxes and minimize the considerable disruption they cause. Since airlines, school administrators and mall operators can’t ignore threats to public safety, it falls on the police and justice system to track down and successfully prosecute the people responsible, which is easier said than done in a world where Internet accounts can be set up anonymously and emails and telephone calls can be made to look like they’re coming from the other side of the world. Former FBI investigator Brad Garrett told Canada AM that, while police have tools that allow them to illuminate the shadowy corners of the Internet, it takes considerable time and money to investigate such crimes.

In the meantime, the best course of action for WestJet and its rattled passengers may be to stay calm and cool-headed—and just be thankful it’s not the real thing.