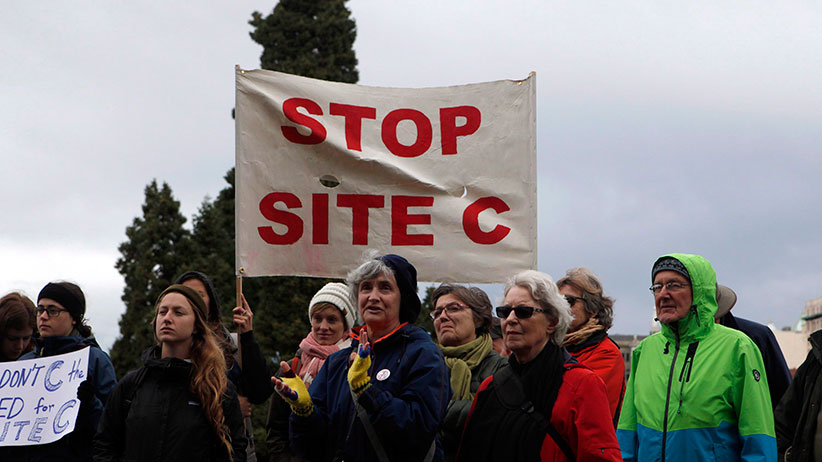 On Monday, the New Democrat government announced its decision to go ahead with the Site C dam, a hydroelectric megaproject first approved by the B.C. Liberals three years ago during their tenure in office and criticized by the orange team and its captain. In 2014, John Horgan, then NDP Opposition leader, argued against the project on the grounds that it was opposed by Indigenous peoples, that it was unnecessary given projected energy needs, and that it was environmentally dodgy because it would flood a considerable amount of arable land. By 2016, Horgan was fully hedging on the project, waiting on more information. That’s all easy-peasy, lemon-squeezy when you’re in opposition, but when you’re the government, you have to decide—that’s when life becomes difficult.

Well, welcome to 2017—or late 2017, anyway—the point at which the B.C. NDP has made its call and its first serious political blunder—not that the choice they faced was going to be easy, popular or rewarding either way. The government was stuck, like Buridan’s Ass, between choices. Except rather than water or hay, they faced the prospect of selling out Indigenous peoples, farmers, environmentalists and many of their own supporters on the one side, and wasting $4 billion while causing a rise in hydro rates on the other.

READ: Why John Horgan deserves credit for going ahead with Site C

Faced with this choice, Premier Horgan went with the sunk-cost fallacy (i.e. “because we’ve spent a pile of money we should keep spending”) and approved Site C. Now, they face the political consequences, which while unlikely to be catastrophic, are going to make a precarious situation—the NDP governs with a slim minority in the legislature and support from the anti-Site C Green Party—even more untenable for months, perhaps years, to come.

Next, the decision will depress some NDP support, perhaps hurting donations, volunteer time and morale while pushing some voters towards the Green Party. Not everyone in the NDP’s electoral coalition will care about this issue, but those who do will care a lot. It could also discourage NDP supporters from backing the party in the upcoming vote on proportional representation, which is already a mess. If the megaproject—the most expensive in B.C.’s history—becomes a boondoggle, the issue could indeed remain on the minds of folks for years to come and make life difficult for the NDP during the next election. While that drop may be offset by support from those who see the NDP as no longer “anti-development,” I’d bet those who back the decision are more likely to vote Liberal anyway.

The same challenge the NDP faces with supporters can be seen with caucus. Some members of the government side oppose the dam and, conceivably, the NDP could lose one or two MLAs over this decision. Even some in Cabinet oppose the project—or did until recently. Michelle Mungal, the minister of energy, mines, and petroleum resources, who stood beside Horgan as he announced the decision (looking rather unenthusiastic), has criticized the project for years. Again, perhaps she changed her mind recently (winning power has a funny way of doing that to people), but she has some explaining to do either way. Sensing weakness, Green Party Leader Andrew Weaver has called for a recall election against her (this itself is a cynical move, but let’s stick to 10 problems at a time). Caucus management—already tough—will now be tougher.

RELATED: What the B.C. NDP-Green deal means for rest of Canada

Substantively, even if the dam ends up being good policy, the payoffs won’t be fully realized for years. The target completion date for the project is 2024. Political cycles tend to be short term compared to massive projects. So, the NDP is making a big bet on Site C that they may not be around to collect on. And, of course, if it turns out to be bad policy, it will be an albatross around their necks. Unfair? Sure. That’s politics? Definitely.

Finally, the decision puts a lot of pressure on the NDP to perform on other issues, especially the other central environmental issue for them: the Kinder Morgan pipeline, which they oppose and have promised to fight. Perhaps the Green Party, which is propping up the NDP, will forgive them for Site C, but they can’t forgive them forever without looking (and being) entirely feckless. The same can be said for likely-NDP voters. The government will now be under even more pressure to deliver on its other major campaign promises: proportional representation, housing affordability, affordable childcare, a $15 minimum wage and scrapping medical care premiums.

Despite the Site C decision, the B.C. NDP will live to fight another day. Because of it, though, that fight will be harder—which is the last thing the government needed while in a shaky minority parliament in which every vote counts. Poor old Buridan’s Ass strikes again; and while the NDP chose not to starve to death, they might end up dead anyway.