Why AstraZeneca's eligibility has changed in some provinces. Plus, how to get a shot.

Vaxx Populi: Health Canada reaffirmed its confidence in AstraZeneca but doses were at risk of going to waste as those 55 and older avoided the vaccine 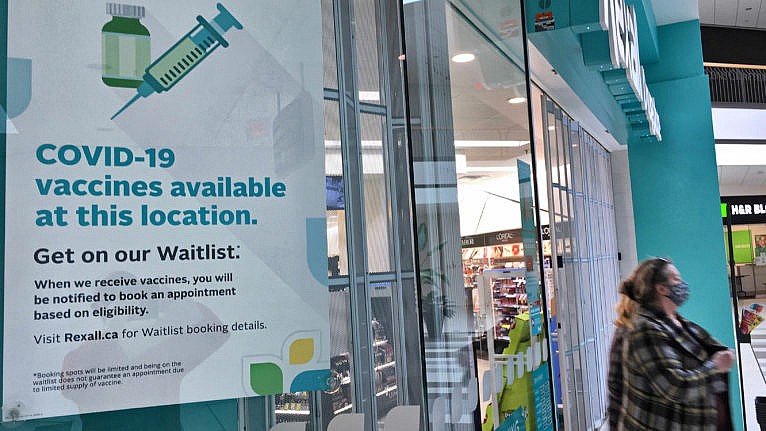 On Sunday, Ontario and then Alberta dropped their eligibility limit for the AstraZeneca COVID-19 vaccine from 55-plus to 40-plus, starting on Tuesday. On Monday, Manitoba did the same.

The latest changes have spawned even more questions about AstraZeneca’s vaccine.

I thought this vaccine was recommended for people 55 and older

At the end of March, the National Advisory Committee on Immunization (NACI) recommended that the AstraZeneca vaccine be limited to those 55 and older to allow time for researchers to analyze a potential link between the vaccine and rare instances of blood clots combined with low platelet counts known as VIPIT (to date, authorities have reported two cases of VIPIT in Canada). The provinces quickly adopted this temporary recommendation.

On April 14, Health Canada reaffirmed its confidence in AstraZeneca’s COVID-19 vaccine. “Health Canada still considers the benefits of the AstraZeneca vaccine to outweigh the risks of getting COVID-19, and we are not limiting the use of the vaccine to any specific age group or sex, because all the authorized vaccines have been shown to be very effective at preventing hospitalizations and deaths,” said Dr. Supriya Sharma, Canada’s chief medical adviser. “We continue to encourage you to get the first vaccine that is offered to you.”

“We didn’t find any specific risk factors, such as age or sex, so we are therefore not requiring that the vaccine label be updated to restrict the use of the vaccine at this time,” Sharma said.

RELATED: What can Canadians do after getting the first dose of the COVID-19 vaccines?

After Health Canada’s decision, many experts called on the provinces to relax their eligibility rules below NACI’s 55-year-old cutoff.

“I notice the places that have expanded access [to AstraZeneca] are all places with a lot of transmission in that 40-60 age group,” Dr. Lynora Saxinger, an infectious diseases physician in Edmonton explains in an email.

Certainly, the pandemic is worsening in Central and Western Canada. Since the third wave started on March 1, more than 257,000 new cases of COVID-19 have been reported in Canada. As well, the number of people requiring hospitalization has jumped by nearly 2,000. On Friday, Ontario’s independent COVID-19 Science Advisory Table warned that the next few weeks would be grim as case counts and hospitalizations are expected to soar, putting even more pressure on hospitals and ICUs that are already at record capacity. Even a higher vaccination rate will do nothing to change those short-term trends, experts warn, though it will affect longer term prospects.

The 15-year drop is the biggest one-time change in large-scale eligibility since the vaccination rollout began. It came after a weekend of reports that pharmacies and vaccination sites across Canada had lots of open appointments amid hesitancy from those 55 and older to getting the vaccine.

Alberta reported giving 10,141 AstraZeneca doses on April 12 but five days later, that number had fallen to 1,922. Dr. Isaac Bogoch, an epidemiologist on Ontario’s COVID-19 Vaccine Distribution Task Force, revealed that a lot of the doses in the province’s inventory (nearly a million, as of April 18) were AstraZeneca. “A lot of it. It’s not exactly flying off the shelves for the 55+ crowd unfortunately,” he explained on Friday.

How many doses are still waiting to get into arms is a guessing game. In Quebec, AstraZeneca accounts for roughly half of the province’s 430,000 doses in inventory, reported Les Perreaux of the Globe and Mail, while in Ontario, reports peg that number at around 600,000 (a request for an official count wasn’t answered by the government).

No one wants to waste a single dose. And the clock was ticking on those hundreds of thousands of AstraZeneca doses. On April 1, Maj.-Gen. Dany Fortin, who is in charge of vaccine distribution, said that two-thirds of the 1.5 million doses received from the United States expires in May with the rest due to expire in June. (This is similar to the situation in early March when Canada quickly distributed and administered 300,000 doses of AstraZeneca that were due to expire in early April.)

At the same time, a lot of Canadians under 55 have been saying that they understood the risks involved and just wanted a vaccine—any vaccine. That attitude was on display in a new video commentary by comedian Stewart Reynolds in which he addressed the issue of hesitancy: “I can’t tell you what brand my tetanus shot was, or my flu shot last year or who makes my asthma medication that I take every day. Most people can’t. Why? Because we trust scientists and doctors to do that for us because they know way more about it than we do. So, when I’m getting my shot, if they don’t happen to have my favourite brand of vaccine when I’m getting it and they say, ‘AstraZeneca OK?’ I’m going to say, ‘Sure.’ ”

Social media exploded as word spread of the eligibility tweak. Pharmacy phone lines were jammed by Gen Xers scrambling to secure appointments. “GenXers hustling to get their AZ vaccines like it’s 1983 and they just heard a shipment of Cabbage Patch Dolls has arrived at Consumers Distributing,” quipped one person on social media.

How do I get the AstraZeneca vaccine?

ONTARIO: It’s available at pharmacies and through family doctors. While the government has a list of pharmacies, chains such as Shopper’s, Rexall and Costco have their own registration systems. As well, many independent pharmacies have much, much shorter lists.

In addition, pharmacies are often given “walk up” doses for those without appointments, which they use to keep their vaccination efforts going if someone doesn’t show up for an appointment.

MANITOBA: The government’s pharmacy finder page leads to a searchable map of pharmacies and clinics, with each location providing a dated status update. As well, like Ontario, pharmacy chains have their own booking systems.

ALBERTA: The government has a pharmacy appointment page that allows people to select their community, the type of vaccine (select AstraZeneca) and whether one wants a walk-in or appointment. Use the “results” map to select a pharmacy near you. That pointer then explains how to get the vaccine (for example, an independent pharmacy in the Lynnwood neighbourhood of Calgary offers a phone number with a note that it doesn’t provide walk-in bookings, while a nearby Shopper’s has a link to its online booking system).

In addition to government sites, the Vaccine Hunters Canada Twitter feed is a popular source that shoots out current information and starts each tweet with a two-letter provincial abbreviation.

There are people at higher risk than me; should I make an appointment or wait?

This question has been around for a while, especially as data emerges showing that hot spots where residents are at high risk of getting COVID-19 and ending up in hospital are getting vaccinated at rates far lower than areas where residents are wealthier and have better and easier access to the online appointment systems as well as pharmacies and other immunization sites.

The situation occurring in Canada was one faced by Americans a few months ago. That’s when Kwame Anthony Appiah, who writes an ethics column for the New York Times, offered this explanation: “Because the priority list, though inevitably imperfect, is a legitimate one, you are perfectly entitled, as an ethical matter, to receive your vaccination. In doing so, you are contributing not just to your own well-being but to the health of the community, given the growing evidence that a vaccinated person poses fewer risks to others, and, finally, to the resilience of our medical system.”

Saxinger says, “If you have a very low risk situation occupationally, I guess a pause to see how the uptake is going is OK. The idea is this [is] protection for those at risk and is much safer than getting COVID. If you are working from home, your urgency would be less than [for those in] a workplace where you [have] contact [with] others.”

Why not drop the eligibility limit even lower than 40?

There are 7.3 million Canadians in the 40-54 age group. While Canada has received 2.3 million doses of AstraZeneca, including 317,000 doses delivered to the provinces last week, the federal government has given no indication of when future shipments will be arriving and on April 1, Joelle Paquette of Procurement Canada announced a delay of AstraZeneca doses from the Serum Institute of India, though she said that “they are committed to meeting their contractual [second quarter] obligations.”

Regardless of the actual count, it’s definitely a lot less than 7.3 million. Still, the age drop means the AstraZeneca doses get cleared off shelves, leaving room for the increasingly large deliveries of vaccines, especially from Pfizer.

What about those blood clots?

Some experts are advising a cautious approach to lowering the age limit further, especially as researchers investigate the rare instances of blood clots combined with low platelet counts known as VIPIT, among younger adults, in particular women.

As news broke about the eligibility change on Sunday evening, Dr. Menaka Pai, a hematologist and blood clot specialist at McMaster University in Hamilton, tweeted, “Love the reduction to 40 yo. And: give scientists time to learn as much as we can. We aren’t trying to be obstructive, but we need to ensure patients (and healthcare professionals) have the best info in front of them. We are working as fast as we can!” Dr. David Fisman, an epidemiologist at the University of Toronto, concurred: “I think decreasing to age 40 is fine, would not go lower.”

Saxinger warns that there could be more changes coming to how vaccines are used in Canada as the science evolves, saying, “It’s also quite possible that people will end up getting more than one [kind of] COVID vaccine for their first, second and any booster doses, so people should just be ready to see evidence-based shifts as time goes by.”