Why is there a hold-up with Pfizer's COVID vaccines?

Vaxx Populi: No new Pfizer doses are arriving in Canada this week, and fewer than a third of those originally allotted for next week are expected. Why the delay? 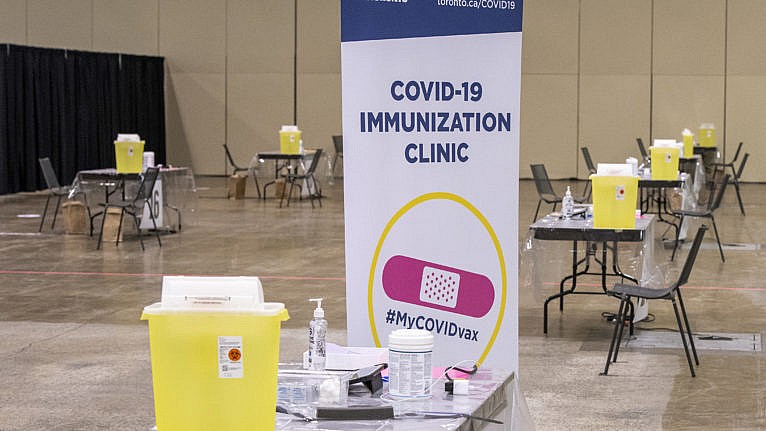 Earlier in January, Pfizer revealed that it would be slashing the number of COVID-19 vaccine doses it delivers to Canada by around 50 per cent over four weeks. According to the Public Health Agency of Canada, Pfizer shipped around 20,000 fewer doses than the expected 208,650 in the week of Jan. 18. No doses will arrive this week and just 79,000 of the expected weekly allotment of 208,650 are expected in the first week of February.

Why the sudden shortage?

The answer lies in a small town in Belgium called Puurs, where Pfizer has a large facility that is capable of producing more than 400 million doses of vaccines and other medicines every year, according to Politico. This is the Pfizer plant from which Canada receives its COVID-19 vaccine doses.

To meet worldwide demand for the vaccine, the company needs to expand the Puurs facility. It always intended to expand the site this year, but moved the date forward so that it could produce more doses earlier.

Vaccine production is a heavily regulated process with exacting quality controls which rely on complex chains of suppliers and often have relatively stable yearly orders. The Pfizer and Moderna COVID-19 vaccines are the first approved vaccines that use mRNA technology, which necessitates new manufacturing and delivery processes (for example, the Pfizer vaccine needs to be stored and transported in special ultra-cold freezers). Reconfiguration and expansion of the Puurs plant necessitates temporarily taking vaccine production lines offline. And that unavoidable shutdown affected deliveries to Canada and other countries, including Belgium itself, though Pfizer said it “will be back to the original schedule of deliveries to the European Union beginning the week of Jan. 25.” (While shipments can be quickly delivered to nations in Europe, those destined for Canada go via the hub-and-spoke shipping system of Pfizer’s logistics partner, UPS, which includes stops in Germany and Kentucky.)

RELATED: How will I know (and where do I go) when it’s my turn to get the COVID vaccine?

Vaccine delivery delays were inevitable, experts say. “Everyone’s assuming it will all go perfectly, and it’s not going to,” said Peter Bigelow, president of xCell Strategy Consulting to Chemical & Engineering News back in November, though he predicted Moderna might be on more of a learning curve. “As for Pfizer, they have such a machine for managing CDMOs, [contract development and manufacturing organizations, the name used in the pharmaceutical industry for outsourcing businesses] and I know there are a lot of people really focused on it, and they’ll probably stay on top of things.”

Meanwhile, on Jan. 22, AstraZeneca, whose COVID-19 vaccine has received emergency-use authorization in a half-dozen countries, including the U.K., India and Mexico, announced that it was cutting its deliveries to the European Union by about 60 per cent to 31 million doses by the end of March, amid reports that it has encountered supply problems. (The European Union is frustrated at both the sudden announcement and AstraZeneca’s explanations, especially as it had helped finance the vaccine’s development. Europe’s health commissioner, Stella Kyriakides, proposed that drugmakers register in advance their vaccine exports from European plants so the EU can track their shipments, including those destined for Canada from Pfizer, though she stopped short of threatening to halt vaccine exports.)

One of the issues facing all governments is that the number of approved vaccines is still limited. In Canada, just the Pfizer and Moderna vaccines are approved for use, while two others—by AstraZeneca/Oxford University and Janssen/Johnson & Johnson—are under review by Health Canada. Once the number of vaccines increases, the impact of any delays should lessen.

Governments, including Ottawa, have been told that the current Pfizer reduction is temporary and that, because of the expansion at Puurs, it will be able to catch up quickly and “to deliver the fully committed quantity of vaccine doses in the first quarter and significantly more in the second quarter.” Pfizer and BioNTech have boosted their COVID-19 vaccine output goal for 2021 from 1.3 billion doses to two billion.

Last week, Prime Minister Justin Trudeau said that Pfizer has “assured me that hundreds of thousands of Pfizer doses will be delivered the week of February 15 and in the weeks to follow.” And the Canadian government has reiterated that it expects to meet its target of distributing four million doses of the Pfizer vaccine by the end of March.

There may also be hope for more Pfizer vaccine doses from a locale closer to home. Right now, the U.S. government has an agreement with Pfizer that the first 100 million doses of COVID-19 vaccine produced in its American facilities belong to the U.S. government for its own distribution. On Jan. 22, in their first conversation since the inauguration, Justin Trudeau and U.S. President Joe Biden “discussed the prospects of Canada being supplied with the COVID-19 vaccine” from Pfizer’s plant in Kalamazoo, Mich., the Associated Press reported.