Why the Queen’s cold is a concern for royal watchers

Elizabeth II is so indefatigable that she rarely cancels events. This time is different. 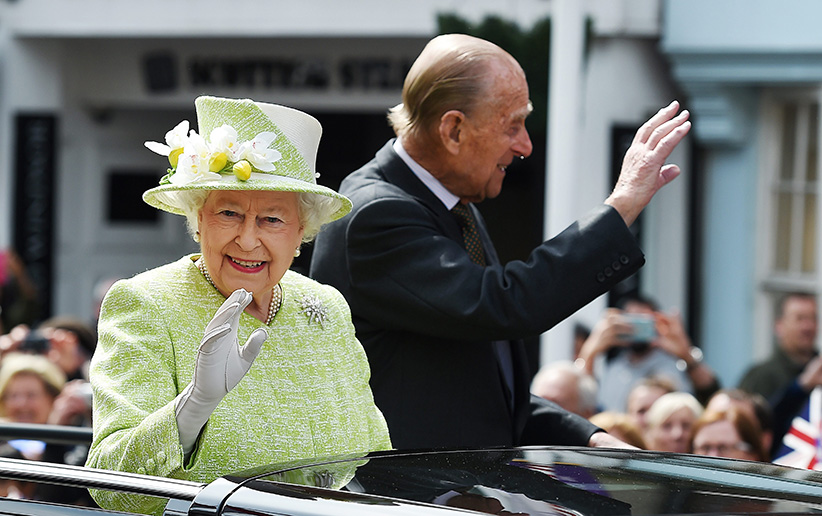 Early New Year’s Day, Twitter erupted as news services reported that the Queen was again missing church because of a heavy cold.

That the monarch’s church-going appearance, or lack thereof, is generating headlines is because of its rarity. The Queen may be 90, but her work ethic and stamina are legendary. It takes more than a case of the sniffles to make her cancel one event, let alone three. Those no-shows are a sudden reminder that the Queen is not immortal. It also puts everyone, especially the media, on alert for the death of a monarch who has done the same high-profile job for nearly 65 years. When Queen Elizabeth II dies, it is going to be a once-in-a-lifetime extravaganza of restrained pomp and circumstance. The closest parallel may be the death of her great-great grandmother, Queen Victoria, in 1901. But let’s not get ahead of ourselves.

On Dec. 9, the Queen performed one of her regular duties, meeting ambassadors. Clad in a pink dress, wearing her trademark triple strand of pearls and diamond brooch, black handbag carefully slung over her left forearm, she looked the picture of health.

Those formal photographs were the last glimpses of Elizabeth II. She undertook a few private duties, each carefully recorded by the Court Circular—the official list of royal engagements—but hasn’t been seen in public since. (Her Christmas Day address and videotaped best wishes to Canada on its 150th anniversary, released on New Year’s Eve, were recorded well in advance.)

The Queen sends her best wishes for the 150th anniversary of Confederation. @RoyalFamily pic.twitter.com/ebDQjhNbI7

On Wednesday, Dec. 21, her usual 90-minute train ride from London to Sandringham was cancelled. Buckingham Palace announced that she and Prince Philip had heavy colds. The next day, in a concession to their health, they flew by helicopter to the Queen’s Norfolk estate, where she’s spent her winter retreat since 1988, when even the vast Windsor Castle became too small to hold her extended family.

Usually on Christmas Day, the Queen is driven to church while the rest of the family walks. This year, a sizable contingent, including Philip, were there on Dec. 25. The Queen wasn’t.

“Her Majesty the Queen will not attend church at Sandringham this morning,” a palace spokeman said. “The Queen continues to recover from a heavy cold and will stay indoors to assist with her recovery. Her Majesty will participate in the Royal Family Christmas celebrations during the day.”

Given the number of famous people who died in December, including George Michael, Carrie Fisher and her mother Debbie Reynolds, everyone was concerned about the Queen’s health. It didn’t help that a series of royals were ill over the holidays: Queen Sonja of Norway cancelled Christmas activities because of a serious cold, Queen Silvia of Sweden was hospitalized for two days, also because of a cold; former Queen Paola of Belgium fell on a staircase and fractured a vertebrae while Grand Duke Jean of Luxembourg was hospitalized following bronchitis.

Then, four days later, on Thursday, Dec. 30, a fake BBC Twitter account sent alarm bells ringing with this false report: “BREAKING: Buckingham Palace announces the death of Queen Elizabeth II at the age of 90. Circumstances are unknown. More to follow.”

Royal watchers waited for the next Sunday, New Year’s Day. Would the Queen go to church? The palace, normally close-mouthed about the Queen’s health, was unusually forthcoming, saying the Queen would decide on Sunday morning if she was well enough to attend.

Again, she cancelled. The palace says it was a “precautionary measure” given the cold, wet weather as she was “still recuperating” from a heavy cold, BBC reports. And there was “no sense of undue concern.”

Then, as news services issued breaking alerts that the Queen was still unwell, the palace again tried to tamp down anxiety, telling reporters that she was working on her state duties—reading government documents from her famous red leather boxes. And Princess Anne, not normally the chattiest of royals, told well-wishers outside the Sandringham church that her mother was doing “better.”

So, in 10 days, the Queen has cancelled three events. It’s so unusual that royal specialists can’t remember the last time this happened. Queen Elizabeth II has always been the very essence of a perfect monarch. It took a cold for everyone to remember that she’s also human. Bad colds can be hard to shake, even if the sufferer is healthy. It’s even harder when the person is 90 years old.

Are royal watchers alarmed? No. Are we concerned? Yes. The world will remain anxious until Queen Elizabeth II does appear in public, looking hale and hearty.