Why the 'Rogue Tenor' indicted more than himself

When Remigio Pereira chose 'all lives matter' as his chosen expression, it was either an aggressively racist declaration or a passively racist one. Take your pick. 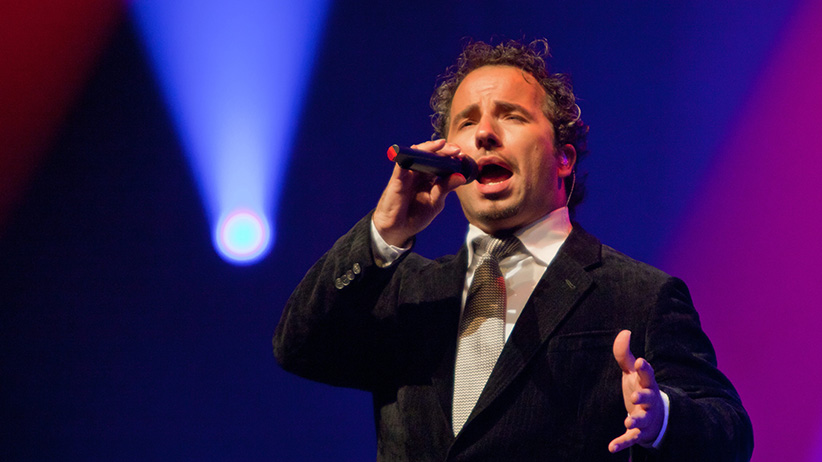 “This is not a political statement,” says Remigio Pereira, his voice wavering. “I don’t agree with killing. So if I don’t agree with killing, it means I don’t agree with Black people dying.” This is the beginning of an audio statement that Pereira released on SoundCloud, in response to the massive backlash he faced for a very stupid thing he did the day before. At the MLB All-Star game, Pereira and his ensemble mates, the Tenors, delivered the Canadian national anthem. What should have been a rote and forgettable affair became a gallimaufry when Pereira shoehorned the following lines into the anthem: “We’re all brothers / and sisters / all lives matter to the brave.” As he did so, he pulled a sign reading “ALL LIVES MATTER” from beneath his sharkskin jacket and held it aloft for the rest of the anthem.

MORE: The Tenors remind us that ‘All Lives Matter’ is unhelpful at best

While the baseball game proceeded, Twitter roiled in fury at the “All lives matter” message. If you’re not familiar, “All lives matter” began a retort to “Black Lives Matter,” which itself began as an affirmation in the face of the justice system that allowed suburban vigilante George Zimmerman (who shot and killed an unarmed Trayvon Martin), and Ferguson police officer Darren Wilson (who shot and killed an unarmed Michael Brown) to walk the earth as free men. The statement “All lives matter” sounds innocuous when taken at face value, but is deeply pernicious in its everyday usage. No one was saying “All lives matter” before the Ferguson protests, and ever since the phrase was coined, it has mostly been deployed by white antagonists to further fray the nerves of exhausted and grieving Black people. It’s a racial dog-whistle, on par with “crack babies” “welfare queens,” and “states’ rights.”

Going by this context, and further compounded by the shock of Canadian artists appearing to promote a racially caustic phrase, the Twitterverse heaped wrath upon the social media accounts of Pereira, the Tenors, and their Universal Music label. That night, the group issued an apology for the act, and declared “lone wolf” Pereira’s removal from the ensemble. A day later, Pereira posted the audio recording to his Facebook account, as well as a written statement. “I hoped for a positive statement that would bring us ALL together,” he said. “I weep for the senseless loss of life, the lives of all my brothers and sisters in this world.”

His publicity stunt aside, Pereira’s views on race are irritatingly familiar. Less well-known than “the talk” (where our parents teach us to suppress our anger when we’re harassed by police, lest our names become the next Twitter hashtag), is “the silence.” That is, the quiet aftermath of police shootings and other racialized moments, when white friends, student peers and co-workers take us aside to show us they’re one of the good ones. They do this by reducing the complexity of our cultural differences to the simplicity of our skin colour, pridefully announcing their “tolerance” and “colour-blindness,” as if we wish to be tolerated and made invisible. But we hold our tongues, and in the wake of that silence comes the casual refrain “At least things here aren’t as bad as the U.S.”

Even faced with the staggeringly high percentage of Black Canadian children living in poverty, the unemployment rates in our communities running nearly double the national average, the wretched health outcomes, the inexplicable number of our children in custody of Children’s Aid, and the number of Black bodies in Canada’s federal prisons swelling by 70 per cent over the last 10 years, we are compelled, out of politeness, to agree that things aren’t as bad in Canada. We are compelled to shut our eyes to the dozens of other systemic means by which our lives and bodies can be torn apart, and to give thanks that at least police officers – who are sworn to protect us – aren’t gunning us down in the street every 28 hours.

RELATED: Five things we know about the ‘Lone Wolf’ Tenor

In Remigio Pereira’s social media feeds, there are links to conspiracy theories on chem trails, cancer researchers supposedly murdered by Big Pharma, and flat-eartherism. These stunning delusions and logical lapses earned him widespread mockery on social media. Then again, the belief that the key to unity lies in Black people waving away our history and ignoring our own realities was met with approval. This belief, that it is up to Black people to end this impasse by embracing blindness and amnesia, shows how cleanly Pereira split the dichotomy of the phrase “All Lives Matter.” When read as an aggressively racist declaration, it indicts only him. When read as a passively racist one, it indicts the rest of Canada.

He’s made it very clear which reading he intended.