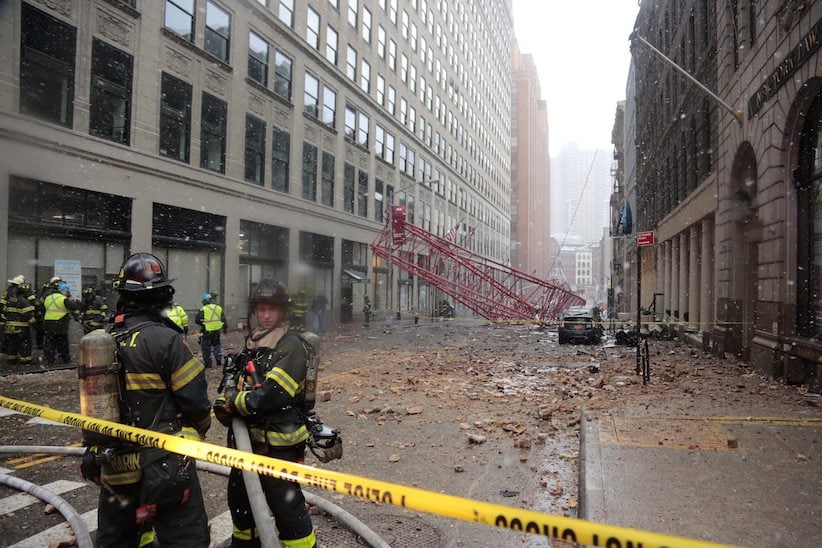 A collapsed crane lies on the street on Friday, Feb. 5, 2016, in New York. (AP Photo/Bebeto Matthews)

NEW YORK —One person died and two others were seriously injured when a crane collapsed Friday morning in Lower Manhattan, smashing the roofs of parked cars, authorities said.

Mayor Bill de Blasio said the crane was being lowered as a precaution because of high winds when the accident occurred.

The crane landed across an intersection and stretched much of a block in the Tribeca neighbourhood, about 10 blocks north of the World Trade Center. There was damage to the roof of a nearby building, and debris littered the street.

“It was right outside my window,” said Robert Harold, who works at the Legal Aid Society. “It was a crashing sound. You could feel the vibration in the building.”

Harold said at least one person was trapped in a car, and he saw onlookers trying to get the person out. Harold said he also saw a person lying motionless on the street.

De Blasio said the person killed was sitting in a parked car. The mayor said none of the injuries appeared to be life-threatening.

Nearby buildings were evacuated. Officers told people arriving for work that they should go home.