From a soccer star to the UN’s top nuclear cop, the fate of global events is in the hands of these five changemakers. 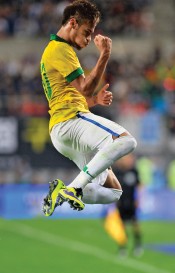 He isn’t just the biggest celebrity in Brazil, he’s the best player for the greatest soccer nation in history. But when his country hosts the 2014 World Cup, there’s more than a trophy at stake. Brazil has already seen violent protests against the billions in public dollars spent on the World Cup. Some Brazilians are begging tourists on social media: “Don’t come.” But winning has its way of changing opinions. If Neymar helps Brazil become world champion, he will be a national hero. Anything less and his country will be in a state of mourning. No pressure—especially for a 21-year-old.

The former secretary of state has told advisers that she will decide in the coming year whether to run once again for the White House. Polls suggest she is the favourite to win the Democratic nomination. Since stepping down from her cabinet job, the former first lady has been working with her family’s charitable foundation. But a campaign is under way. The ostensibly independent Ready for Hillary political action committee raised $1.2 million in the first half of 2013. Alongside the campaign-style T-shirts, it was selling Hillary 2016 champagne glasses—until they sold out. 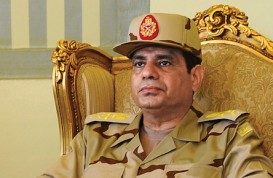 If Egypt is to salvage anything from the uprising that pushed dictator Hosni Mubarak from power three years ago and galvanized the Arab Spring, much will depend on the man now effectively running the country. As chief of the armed forces, Sisi led the military coup last summer that unseated Mubarak’s elected successor, the Muslim Brotherhood’s Mohamed Morsi. While wildly popular among those who felt Morsi was trying to Islamize Egypt, the suppression of the Muslim Brotherhood was bloody and the interim government has shown limited tolerance for dissent. Elections are planned for 2014 and Sisi is expected to run for president.

The reporter who first broke the U.S. spying story isn’t as well known as his source, Edward Snowden. But that could soon change. The Guardian writer announced in October that he’s starting a new investigative media venture. It has already received $250 million in funding from tech billionaire Pierre Omidyar. Details are scant, but Greenwald has said he has more to reveal from Snowden’s documents. The whole truth about government surveillance is out there, and Greenwald’s as-yet-unnamed site will be the place to find it.

The fate of America’s diplomatic gamble to embrace Iran and curb its nuclear ambitions now hinges on the work of the head of the International Atomic Energy Agency (IAEA). Amano will oversee nuclear inspections and decide if Iran is playing by the new rules. So far, concerns he’s raised about his budget don’t bode well for the work ahead. He will also be trying to monitor North Korea, where a reactor appeared to be restarted in November. The odds are long that he can corral these rogue nations—and the stakes couldn’t be higher.