Mexico's blockbuster of a scandal 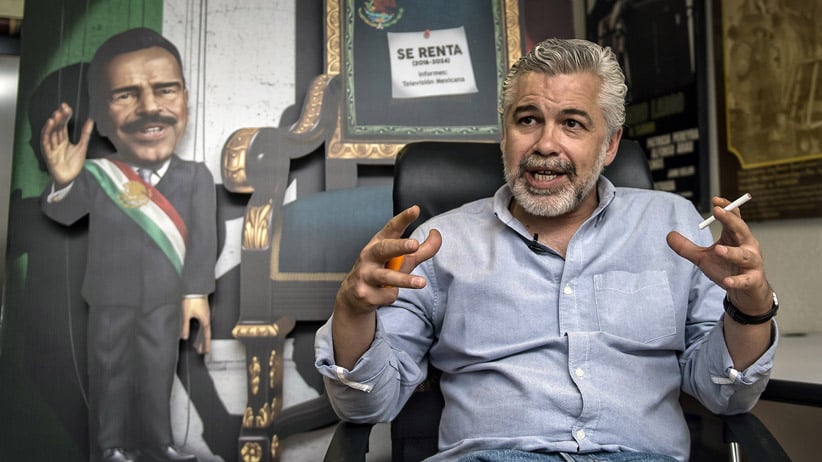 The most popular movie in Mexico last year was La Dictadura Perfecta (“The Perfect Dictatorship”), about an unscrupulous politician—prone to pummelling or bribing opponents—who hires the media to manipulate public opinion after his appearance in a video with a cartel kingpin. The coverage is so successful that it leads to the protagonist becoming president—soap opera star spouse at his side.

It cuts awfully close to home. The tragicomedy alludes to Enrique Peña Nieto’s presidential campaign of 2012 and its allegedly tight ties to the Televisa TV network—something both the president and broadcaster deny as unduly close or improper. The rampant political corruption at the centre of the ﬁlm also mirrors more recent events: Right after the film’s release in October, 43 teacher trainees were abducted in the city of Iguala. Authorities allege that crooked cops, acting on the orders of the mayor and his wife, detained the students and turned them over to drug cartel toughs, who burned the bodies and tossed the ashes in a river. One student has been identified from a bone fragment. Authorities allege Iguala Mayor José Luis Abarca and his wife, María de los Ángeles Pineda, collected $160,000 monthly from the Guerreros Unidos gang.

By satirizing the uncomfortably cozy connections between organized crime and the political class, the film, by popular director Luis Estrada, has perfectly captured the deep discontent with politics in Mexico. It was filmed with the sense that the country has “touched bottom,” says Estrada. “My vision of the country isn’t very optimistic,” he says in an interview in Mexico City.

While protests over political corruption and the murdered students continue in Mexico, patience with President Peña Nieto has worn thin. His approval rating recently tumbled to 39 per cent, according to the Reforma newspaper—the lowest for a president since the peso crashed in the mid 1990s. Revelations that the first lady (a popular soap opera actress) purchased a mansion with credit from a prominent government contractor caused even more outrage—and increasingly made the movie a must-see. “The proximity of the movie’s narrative and story with what is occurring in Mexico is a fortunate reality for the film,” Estrada says. “But it’s an unfortunate reality for the country.”

Peña Nieto’s Institutional Revolutionary Party (PRI) sold itself in the last election as the party that would bring calm to a country consumed by organized crime and violence. The current crisis has revealed an entirely different reality and has caught Peña Nieto by surprise. He waited 11 days to publicly mention the missing students, and only met with the families after a month had elapsed. He spoke ominously of those protesting the students’ disappearance and unveiled a 10-point plan for improving security—including the introduction of national 911 service. This, after staying mostly silent for nearly two years on the subject of violence. He finally went to Acapulco, just down the highway from the tragedy site, to say that Mexicans were “overcoming” the trauma.

It’s an uncomfortable situation for Peña Nieto, a politician known for brokering deals with badly divided opposition parties, talking up his agenda of reform and posing for selfies with supporters. “He’s not good in crisis,” says Federico Estévez, a political science professor at the Autonomous Technological Institute of Mexico. “He knows how to buy support and he’s good at it, including with the opposition parties. But the times aren’t good for that right now.”

Crises such as students being kidnapped and killed for political reasons were supposed to have been overcome by the country’s transition to democratic rule, which started in the states 25 years ago and culminated with the conservative National Action Party (PAN) winning power in 2000. But the experience has proved disenchanting, as corruption continued and the economy stagnated. “With previous crises, the solutions were very obvious” and started with deepening democracy, says César Velázquez, a public policy professor at the Universidad Iberoamericana. “We now have democracy, free trade and energy reform. We’ve changed our electoral laws three times. The solution isn’t that clear.”

Peña Nieto speaks often of a country that “dared to change.” But some observers say they see more of an attempt at importing the old-school political culture of control and cronyism from Mexico state—which surrounds Mexico City like a horseshoe and where Peña Nieto was previously governor. “There is no free press in Mexico state, no civil society, no civic organizations either,” says Alejandro Páez Varela, content director of the online publication Sin Embargo.

The PRI has always held office in Mexico state, and politicians there have courted close ties with a business class that has benefited from construction projects and government contracts, says Bernardo Barranco, a former electoral commissioner in the state. “With the rise of (Peña Nieto’s group) to power, a formula rose, too, of doing politics and business together,” Barranco says. “It’s a system in which politicians do business and businessmen do politics.”

Peña Nieto recently pledged to make “rule of law” his top priority. Analysts wonder if he has the willingness to pursue politicians from his own party and political clan—a late member of which coined the maxim: “A politician who is poor is a poor politician”—or if he can change his focus to an agenda of law and order. Meanwhile, Mexico as a whole, says Páez, is now “a more vibrant society and one that is more questioning” and less likely to tolerate the scandals such as the first lady’s $7.2-million mansion and the appearance of conflicts of interest in the purchase. (Presidential spokesman Eduardo Sánchez says first lady Angelica Rivera is not a public official; Peña Nieto was not holding office at the time of the purchase; and all information on the matter has been published.)

The film director Estrada expresses shock at the scope of the current scandals—mostly because of the timing. Peruvian writer Mario Vargas Llosa called the PRI “the perfect dictatorship” for the way it wielded authority and passed power from president-to-president every six years, just as scandals would strike. As the PRI was expected to win office in 2012, Estrada started writing what would become his blockbuster movie. “What’s been so surprising for everyone,” he says, “is that the size of the crisis Mexico is experiencing with violence, cases of corruption and impunity is happening barely two years after Peña Nieto took power”—not as he’s leaving office. It has left many Mexicans with little to do but laugh, or cry.