A revolution for ground forces, but experts worry about the technology being leaked into civilian hands 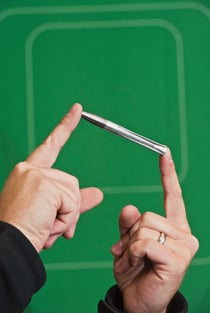 The U.S. military is currently in the process of developing a self-guiding bullet that can actually steer itself toward its target. Using very tiny fins, the bullet is able to navigate its own flight path and hit laser-illuminated targets—from as far away as roughly two kilometres (research even suggests that the further away the target, the more accurate the bullet’s flight path). And instead of spinning rapidly as most traditional bullets do, the self-guiding bullet is designed to spin less, operating more like a speeding dart.

A revolutionary development, to be sure, but scientists and munitions experts worry what will happen when the technology is leaked to the public. One recent press release, for example, included “recreational shooters” as potential customers for the new bullet, alongside the military and law enforcement agencies. Terrorists armed with such bullets would also be harder to counter. There are, however, positives to the new ammunition: more accuracy could mean fewer civilian casualties during wartime. According to Elizabeth Quintana of the Royal United Services Institute, a weapons think tank in Britain, “This would be a revolution for ground forces.”