A hex on your tax! 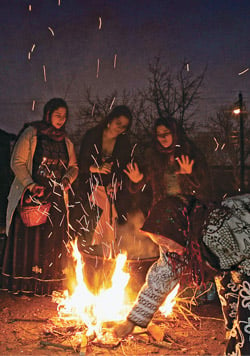 Countries around the world have taken many unprecedented measures to raise funds during the global recession, but Romania may be the first to turn to witchcraft: the government just announced that it’s considering fining and even imprisoning clairvoyants if their predictions don’t come true.

This latest clampdown on witches comes a month after a new tax was introduced for the soothsayers and fortune tellers in Count Dracula’s home. Though hocus-pocus has been part of Romanian lore for centuries—some say the Romanian people have extrasensory perception since Transylvania sits on one of Earth’s strongest magnetic fields—witches were not officially acknowledged by the state until new labour laws recognized the centuries-old practice as a taxable profession in January.

These new measures brought witches to the banks of the Danube, where they dumped poisonous mandrake to cast spells on the president and parliamentarians. Other critics said the proposals were an attempt by the government to detract attention from more serious problems, such as a continually shrinking economy.