Máxima of the Netherlands heralds a new era for royal Europe

The Netherlands will soon have its first king in 123 years. But it's his queen that has people talking. 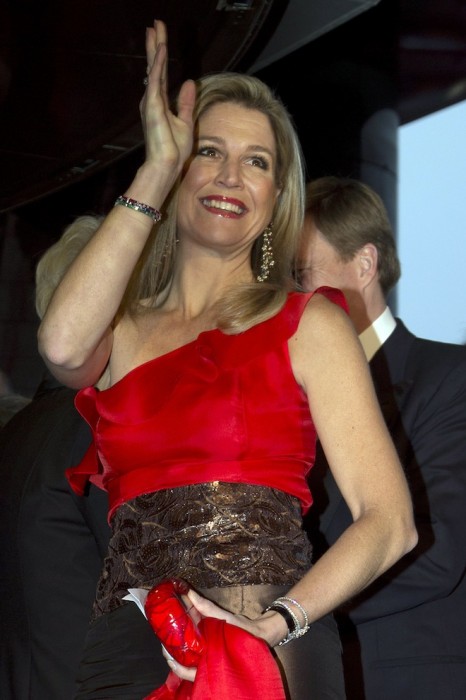 On Tuesday, the Netherlands gets a new monarch when Willem-Alexander exchanges his current title of crown prince for that of king. His mother, Beatrix, 75, is abdicating after 23 years on the throne.

On Queen’s Day (Apr. 30), a formal investiture will be held in Amsterdam, where the prince swears allegiance to the nation’s charter and constitution. It’s going to be a day packed with pageantry and pomp. But for all the excitement over getting its first king in 123 years, what a lot of people want to see is his new queen, Máxima. She’ll be the first queen from Argentina and comes with baggage. Daddy was a cabinet minister when a military junta ruthlessly ruled the South American country. Though he’s denied knowing about the torture and disappearances under the junta, he was barred from his daughter’s wedding and will watch the investiture on the telly. And the events keep haunting Máxima.

Máxima herself is immensely popular in the Netherlands. She’s vivacious, beautiful and has a knack for making ordinary folk feel comfortable. And she’s completely fluent in Dutch, which isn’t one of the easiest languages to learn. She’s also got a rather eclectic dress sense. There are times when she’s beautifully turned out, and times when she looks like she woke up late and ran out the door in a panic.

One thing is sure: she’ll be wearing one of the royal family’s tiaras—they have an unbelievable collection. The Royal Order of Sartorial Splendor has a great listing of all the ones she’s worn, and those of the family (scroll down on this link to the Netherlands section, then get ready to ooh and ahh).

She’s the first of a new generation of modern, fashionable queen consorts about to flood onto European thrones. Coming in the upcoming years are: Denmark’s Mary, originally from Australia; Letizia of Spain; Mette-Marit of Norway and Mathilde of Belgium. And of course Victoria of Sweden who will one day be upgraded to queen in her own right. Sure, some of their clothes choices are questionable (Mette-Marit: step right up) but they’re not afraid to be stylishly adventurous, and mix traditional designers with high street fashions.

So brace yourself, because Tuesday marks a whole new era for royal Europe.