The chances that China will allow democracy in Hong Kong are slim to none. But there’s reason to believe a crackdown like Tiananmen Square will be avoided. 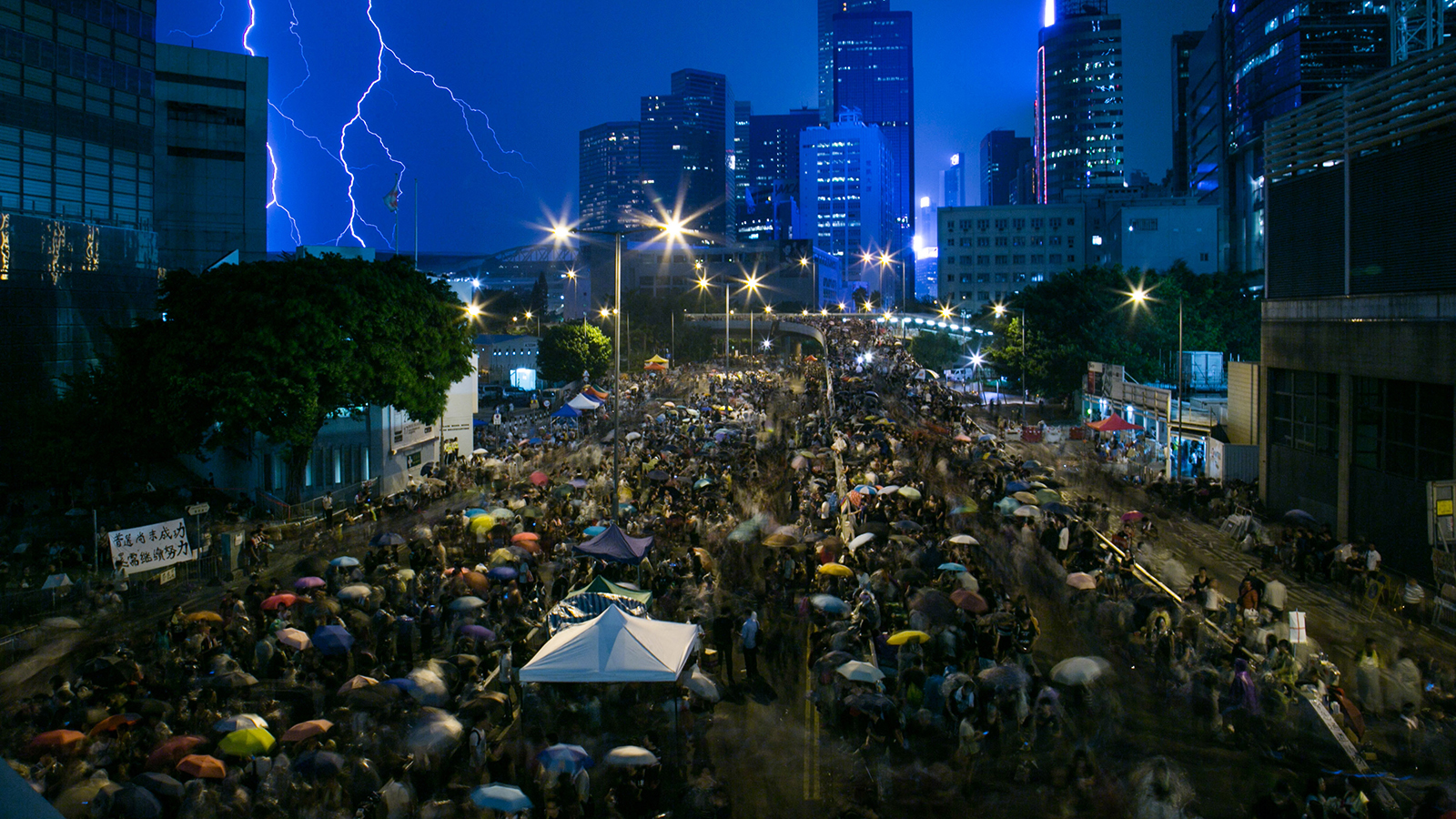 To succeed, democratic uprisings generally need two conditions: government authorities—or, at the very least, state security services—with some scruples about massacring civilians; or the possibility of victory through force. In Egypt in 2011, and Serbia in 2000, the army and police ultimately rejected large-scale slaughter, and mostly unarmed civilians forced dictators from power. In Libya, a revolution against Moammar Gadhafi likely would have been crushed had not the revolutionaries armed themselves and received military support from NATO. They won with force.

None of this bodes well for the tens of thousands of peaceful demonstrators who have flooded Hong Kong in recent days. They are facing a government in Beijing that has no shame when it comes to violently suppressing dissent. And, even if they were willing to resort to violence—which it seems clear they are not—the protesters have absolutely no hope of successfully confronting one of the most powerful armed forces on the planet.

The demonstrators are protesting China’s decision to deny Hong Kong what it promised the territory when it resumed control of it from Britain in 1997: “universal suffrage” for the 2017 election to choose Hong Kong’s chief executive. Hong Kong residents understood this to mean free elections. Instead, Beijing says only candidates of whom it approves will be allowed to run.

When this was announced in August, Li Fei, deputy secretary general of the National People’s Congress standing committee, warned that an open nomination process would create a “chaotic society.” He further scolded Hong Kong residents by asserting that rights come from laws, not “from the sky.” “Many Hong Kong people have wasted a lot of time discussing things that are not appropriate and aren’t discussing things that are appropriate.” That Li felt it was the place of a government official to decide what was and wasn’t appropriate for people to talk about gave a good indication of how China would react to any protests that flared up.

Now that they have, China is focused on isolating them by blocking social media and censoring coverage in Chinese media. To the extent they acknowledge the protests are occurring, they have tried to delegitimize them by blaming foreign agitators. Hong Kong’s current chief executive, CY Leung, has also implicitly threatened violence. The central committee of the Chinese National Parliament, he warned, “won’t be intimidated by anybody when they implement the law.”

All this suggests the Chinese government will not yield or compromise with the protesters. Yet there are reasons to be hopeful that a Tiananmen Square-type massacre will not take place. “In 1989, there was unrest not only in Beijing, but in every major city in China,” says André Laliberté, a politics professor at the University of Ottawa, referring to the widespread unrest that preceded the Chinese army clearing a protest camp in Tiananmen Square, killing hundreds or perhaps thousands in the process.

This time the protests are taking place only in Hong Kong, and do not seem to present the same threat to China’s Communist rulers. This may blunt Beijing’s response. A bloody crackdown in Hong Kong could also damage Chinese financial markets. International investment soon flowed back into China following the Tiananmen Square massacre. And China is now much stronger financially than it was in 1989. But Beijing is still not immune to a critical or perhaps punishing international reaction to a violent suppression of citizens calling for democracy.

Canada, a major Chinese trading partner, says it backs the protesters’ aspirations. “We are supportive of democratic development in Hong Kong and believe that the ongoing adherence to the ‘One country, two systems’ policy has contributed to and remains essential for Hong Kong’s stability and prosperity,” Adam Hodge, a spokesman for Foreign Affairs Minister John Baird, said in an email. “Canada reiterates its support for the implementation of universal suffrage for the election of the chief executive in 2017 and all members of the Legislative Council in 2020, in accordance with the Basic Law and the democratic aspirations of the Hong Kong people.” Hong Kong’s Basic Law is a mini-constitution for the territory that guarantees it some rights and freedoms not enjoyed in the rest of China.

“Hong Kong is such an important place in the world economy,” says Ottawa’s Laliberté. “Shanghai is not going to replace Hong Kong overnight. So if there’s a major clampdown in Hong Kong, the consequences will be felt in markets worldwide. That’s why I think something will be done. But they will carefully try to avoid too drastic a clampdown.”

Laliberté says China may opt to dismiss Hong Kong’s current chief executive and replace him with someone who is seen as more sympathetic to the protesters’ democratic demands. Nothing fundamental would change, but the tactic might drain some of the energy from the movement.

China might also opt for imposing martial law. Such a move would be designed to “nibble away” at the protest movement, says Laliberté, while avoiding a singular violent clash that would risk an international response. The most unlikely result of the pro-democracy demonstrations is real democracy in Hong Kong. China will do whatever it takes to prevent it.